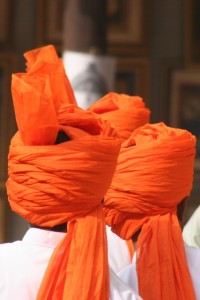 some of the band members have bright orange headdress

Colourful cultural event just south of Delhi, with something for everyone.

Every year at the beginning of February the Surajkund Crafts Fair, or Mela, is organized just outside Delhi. This is a two-week festival of open air theatre, music performances, traditional dancing, food stalls and a never-ending string of handicraft sellers. They come from all over India, with traditional paintings, metal works, pottery, macramé – you think of it, they have it, generally of good quality and quite affordable. Don’t expect anything old, antique, all the products are modern-day creations, but everybody should be able to find something of his or her liking. 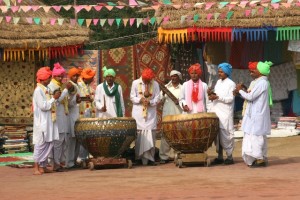 one of the traditional music bands at the Surajkund Mela 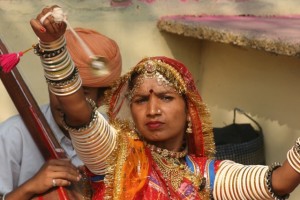 more traditional music, by a sitar player and a well-dressed woman 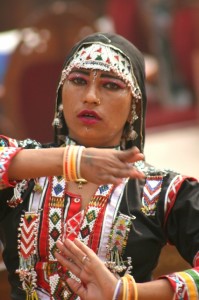 We only had a couple of  hours to stroll around the Mela, when we stopped off on our way south to Agra and the Keoladeo Bird Sactuary.  Halfway the morning the fair was already busy, with musicians and dance troupes competing for the attention of the visitors. Go later, in the afternoon and evening, and there will be even more people, creating a real special atmosphere. 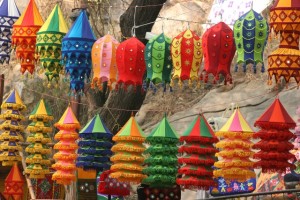 appliqué-lampshades from Pipli is Orissa State, in one of the craft fair stalls 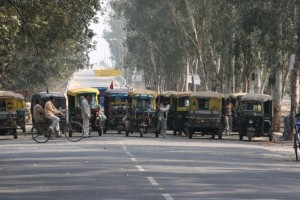 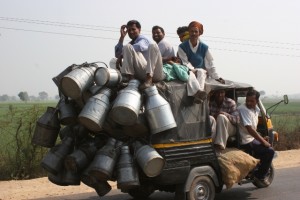 but some of them still have business to attend to…