The Road to Ladakh 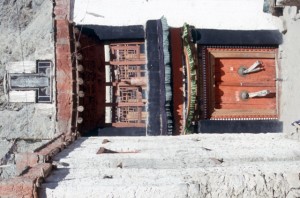 India has an enormous variety of geography, from beaches and plains to hills and mountains, but none is as impressive as the Himalayas in Ladakh. Some of the most inhospitable, yet spectacular landscape one can imagine, seen from a road that crosses some of the highest motorable passes in the world, through what some of the earlier explorers have called “the land beyond the inhabitable world”. We need to see that, of course, so in the summer of 2005 we traveled north from Delhi, first to Chandigarh and then into the mountains, via Mandi and Manali in Himachal Pradesh and on to Leh in Ladakh; almost as far north as one can go in India. In the summer, because the passes on the Manali to Leh Highway only open around June, for a brief four months window, before they become impassable again because of the snow. 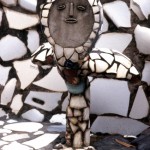 01. Chandigarh: The relatively modern, planned city of Chandagarh is actually a bit boring, a bit sterile for an Indian town; but, it has the Rock Garden!

From Delhi to Chandigarh is not the most exciting terrain in India, certainly not compared to what we expect to see further north. We took a train; the early morning Shatabi Express, India’s luxury train service, brought us to Chandigarh. This relatively modern town was only created in the 1950s, after Partition – the post-colonial split between India and Pakistan – had put Lahore just across the border in Pakistan. 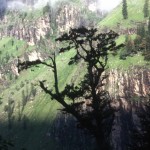 02. Mandi & Manali: The road from pretty Mandi to touristic Manali, along the Baes River through the Kulla Valley, is attractive on account of the landscape and the wooden villages.

Mandi is a 7 hour bus trip from Chandigarh, comfortable enough in the front seats, and with good views of our progress from the plains into the hills further north. And equally good views of the frequent road blocks, whether by some of India’s famously holy cows that decided to lie down, by trucks that had broken down, or by rocks that had slided down. 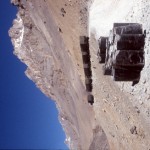 03. The road to Sarchu: The first part of the Manali to Leh Highway has plenty of snow in July, and road works to keep the glaciers at bay

With Mandi only at 800 m, and Manali already at 2050 m, we were steadily getting to higher altitudes.  But nothing had prepared us for the next stretch of road, the 475 km from Manali to Leh. Some people claim to be able to do this in one very long day, but most opt for an overnight stop in Sarchu, roughly halfway. 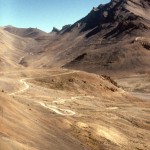 04. From Sarchu to Leh: The second part of the Manali to Leh Highway crosses some of the highest passes in the world, before dropping to the upper reaches of the Indus Valley, and its Buddhist population.

Early night, early start, for the second half of the Manali-Leh drive, to scale ever higher passes. Just outside Sarchu one enters the state of Jammu & Kashmir, to which Ladakh belongs, yet another reason to show passports, and get registered, hand-written in a large book – no computers here, and in any case, no electricity. 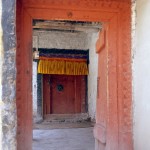 05. Leh: We had to cut short our stay in Leh, but not after having visited a few gompas; a hairy medical experience leaves one thinking what could have happened

Leh itself is not especially interesting, a center dominated by foreign tourists in all sorts of outfits, not necessarily appropriate for India, and an old town, with narrow streets and stairs towards the fort higher up the mountain, which made us again think of Tibet – because of the filth, and the stench of human excreta. 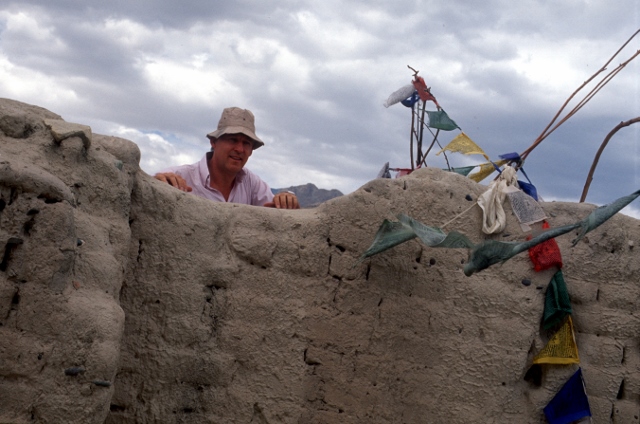 no lack of surprise encounters, in Ladakh