Bhopal and the Sanchi complex 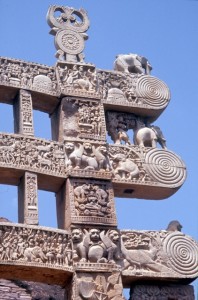 one of the entrance gates to the Sanchi Buddhist complex

Bhopal is a bit of a run-down city, but well positioned for visits to the ancient Sanchi Buddhist temple complex 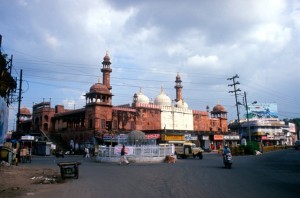 Bhopal, the capital of Madya Pradesh, is mostly known for the Union Carbide disaster 20 years or so, ago, and it looks to have affected all the industries in town. With its run-down factories, potholes, and peculiarly looking three-wheeler taxis which must classify as probably the ugliest vehicles on earth, it is all together not the most attractive city in India. But it does have an old centre, with parts of the city wall existing – just as run-down as the rest of the city -, and various older buildings with arches, tall windows and court yards which must have been relatively attractive in earlier days. Add the active and colourful bazaar, and a large mosque, several mosques actually, one of them gold-domed, and you could just about imagine Bhopal’s better times, in the past. 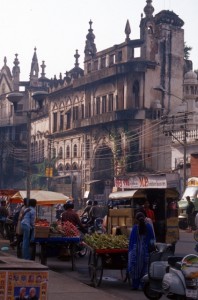 building in the centre of Bhopal 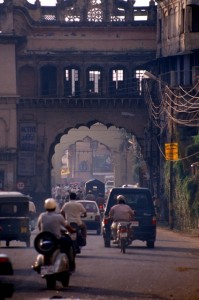 one of the Bhopal city gates 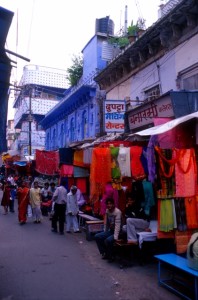 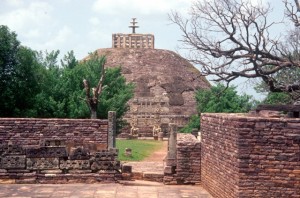 the main stupa at the Sanchi complex 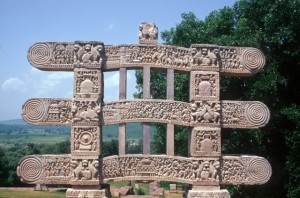 decoration of one of the entrance gates

The reason to come to Bhopal is to visit the Sanchi Buddhist complex, about an hour’s drive outside Bhopal. The temple complex is dominated by a large stupa which is allegedly the oldest stone structure in India, originally commissioned by emperor Ashoka the Great in the 3rd Century BC. Perhaps even nicer than the stupa are the four ornamental entrance gates that have been added 200 years later, which come with beautiful and very detailed stone-carved friezes and sculptures. The complex further contains a number of other, oddly shaped stupas and collapsed temples – stupas here are in dome-form, nothing like the Tibetan or Thai spirals that are normally associated with Buddhist architecture.

By the way, Bhopal is also a good starting point for visiting India’s pre-eminent rock paintings of the Bhimbetka caves. 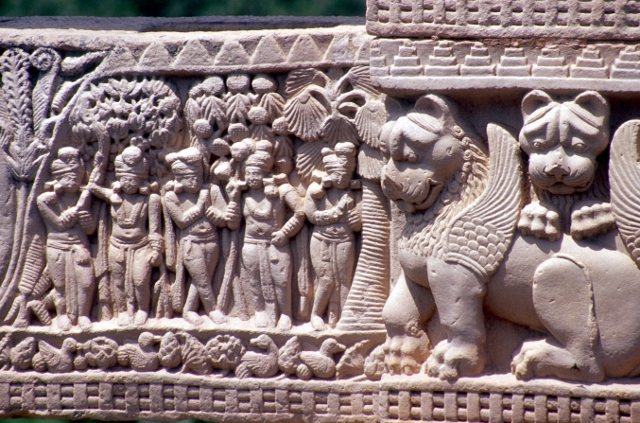 details of a freeze above an entrance gate