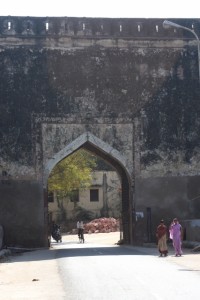 A crumbling fort and palace, former Jat stronghold, close to some really interesting tourist locations, may warrant a visit to soak up the atmosphere of crumble.

There is no reason to specifically go and visit Bharatpur. But if you are in neighbourhood anyhow, perhaps because of the deserted city of Fatehpur Sikri or the exciting Keoladeo Bird Sanctuary, you might as well spent a few hours visiting the old part of this city, a walled fort with a moat around it. 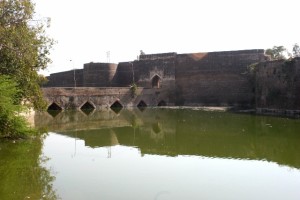 the walled city of Bharatpur, complete with moat

The fort itself, called the Lohaharg Fort, is crumbling, like most of the other historical buildings that are located inside the enclosure, but with a bit of imagination you can still appreciate the impressive structure it once was, apparently causing plenty of trouble for the Britishers in the 19th Century.  One of the palaces inside is now a not uninteresting museum, the other two are mostly occupied by pigeons and bats, but show some nice stone lattice work and an interesting architecture. The structures were built by the Jats, a ferociously autonomous people that long withstood domination by others, Mughul or British. 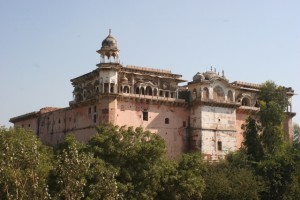 the Maharaja’s palace in Bharatpur, crumbling 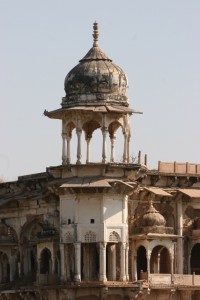 and when I say crumbling, I mean crumbling: not sure whether this still stands by the time you read this 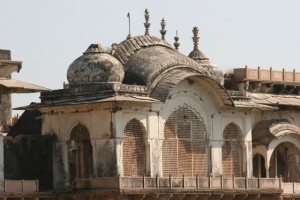 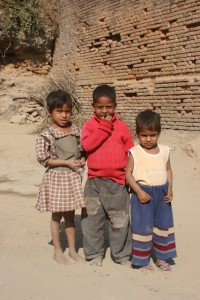 and the local children of Bharatpur