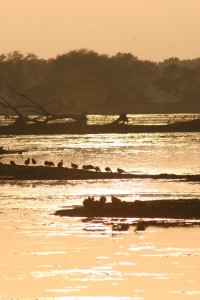 the Keoladeo swamps in the morning

An oasis of peace and silence – except for the birds -, in an otherwise noisy and full India.

India has lots of National Parks, of rather varying quality and interest, but few are more interesting than the Keoladeo Bird Sanctuary, partly thanks to its location near Delhi and Agra, but mostly because it is just a very nice park, even if you are not an avid bird watcher. Just cycling around, either by yourself or in a cycle rickshaw – no cars are allowed in the park – provides that experience so rare in most of India, of finding yourself in an oasis of silence and peacefulness. 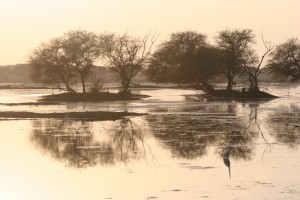 another view of the swamps, without a breath of wind

Most of the park is an artificial swamp, created by one of the Maharajas long ago. By diverting water from nearby irrigation channels he tried to establish a place where birds would feel comfortable, not out of conservationist, or even naturalist perspective, but so he could then go shooting them: a bit of a Maharaja had a hunting ground somewhere. Especially in the winter months there are indeed plenty of birds, not being shot anymore, and there is also some larger game, like hyenas, deer and black buck. 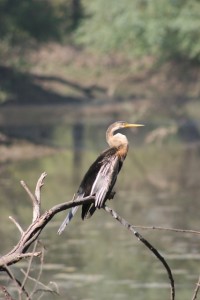 the park is famous for its herrons 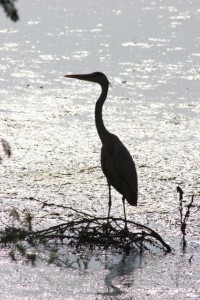 and more of the herrons 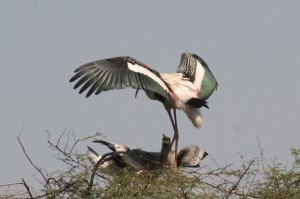 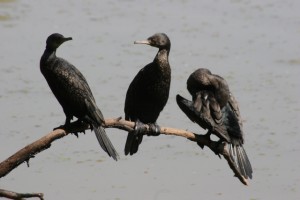 “and who are you?” – another form of Angry Birds 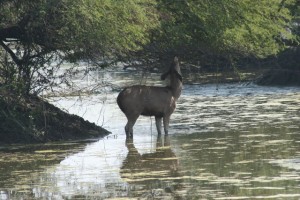 blackbuck in the water