Bharatpur Agra and the Taj Mahal 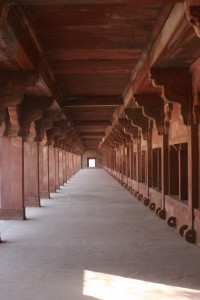 gallery of one of the palaces in Fatehpur Sikri

A fabulous 16th Century complex, abandoned in the middle of the desert for lack of water.

Fatehpur Sikri is proof that megalomaniac property development is not just from our times. This 16th Century city was constructed by one of the greatest Mughul kings that ever ruled in India, Akhbar, a military genius as well as a most advanced thinker for his time. The complex is an architectural wonder, brilliant fusion between Hindu and Muslim architecture reflecting the religious tolerance of Akhbar. It is huge, full of palaces, courtyards, women’s quarters, a mosque, and all you need for a true capital of an important empire. The complex was also built in the desert, and was abandoned in it’s entirely shortly after Akhbar’s death, because of lack of water. 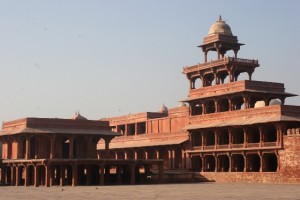 the Panch Mahal, up to five storeys high, probably one of the women palaces

Obviously, after such a long time even the desert has taken its toll on the complex, but over time both British and India archaeological surveys have done a brilliant job restoring many of the main buildings as close to authenticity as one can get. Even without the nearby Taj Mahal and the Keoladeo Bird Sanctury, Fetehpur Sikri is worthwhile visiting on its own, with sufficient time to explore the buildings, and the surrounding ruins. 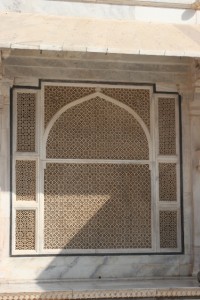 marble window of the mosque at Fatehpur Sikri 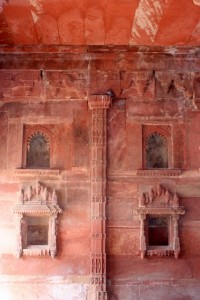 inside, intricately carved niches are presided over by pigeons, these days 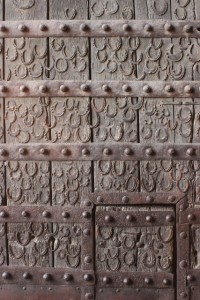 a door in the mosque 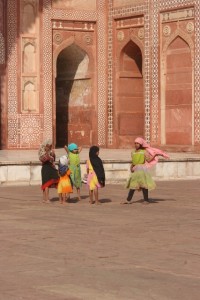 and the children of Fatehpur Sikri