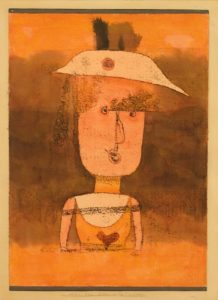 ‘Portrait of Frau P. in the south’, a 1924 water colour and oil on paper from Paul Klee, one of my favourites in the Peggy Guggenheim collection

It is not only the classical Italian Renaissance art that is on offer in Venice’s rich museum land, there is also an extraordinary modern art collection. Peggy Guggenheim, heir to the Guggenheim fortune, spent her life not only acquiring husbands – she was married to Max Ernst for a while, amongst various others – but also an impressive array of modernistic art works. At the invitation of the Biennale she came to Venice in 1948 to show her collection, and later she settled here, complete with a palace at the Grand Canal, now the museum that carries her name, and her collection.

And what a collection it is. My guide book says that there are not a lot of works exhibited, but perhaps that is compared to the Galleria dell’ Accademia. What is hanging – and standing, there are also lots of sculptures, too – is more than enough to keep you occupied for a quite a while. All the big names of 20th Century artists are represented, providing a unique and attractively exhibited overview of modern art. Which didn’t stop at Peggy’s passing away in 1979, because her uncle’s Solomon R.Guggenheim foundation took over the management of the collection, and kept on adding.

A must, when in Venice – if you like modern art, that is. 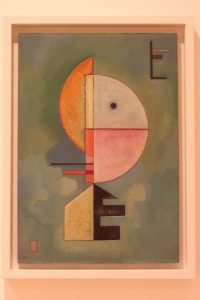 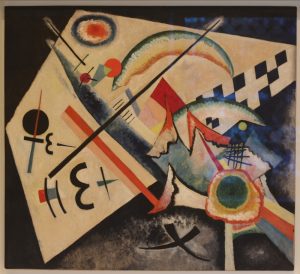 another Vasily Kandinsky, ‘White Cross’, from 1922 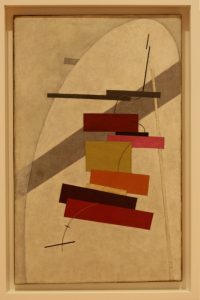 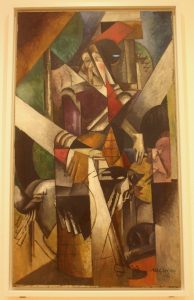 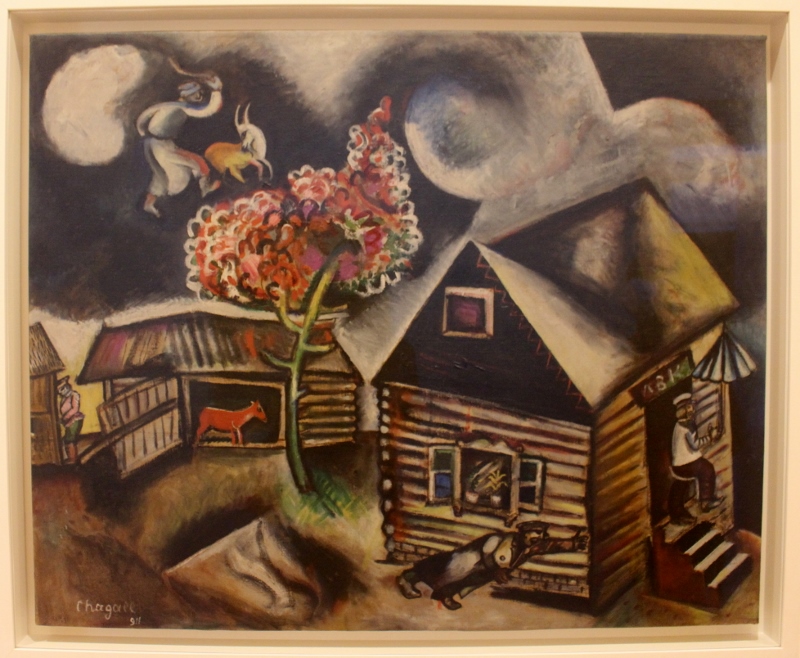 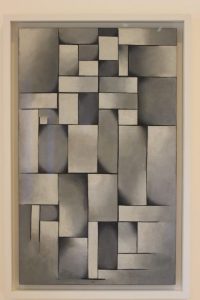 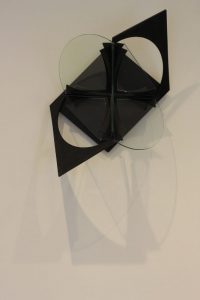 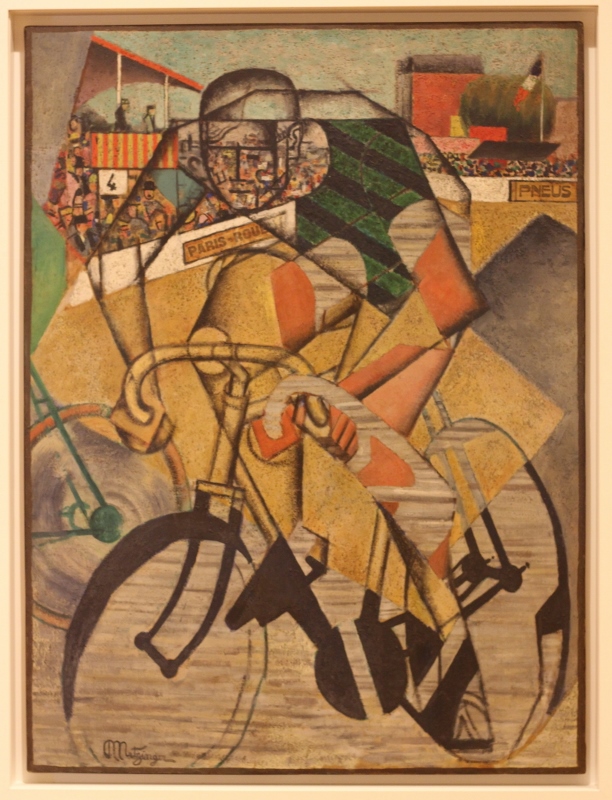 ‘Au Velodrome’ (at the cycle-race track), painted by Jean Metzinger as early as 1912 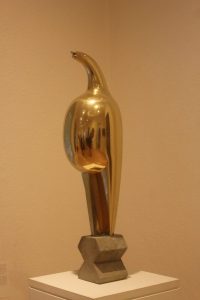 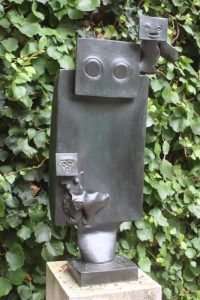 a bronze sculpture by Max Ernst, Peggy’s ex-husband, called ‘In the streets of Athens’ (1960) 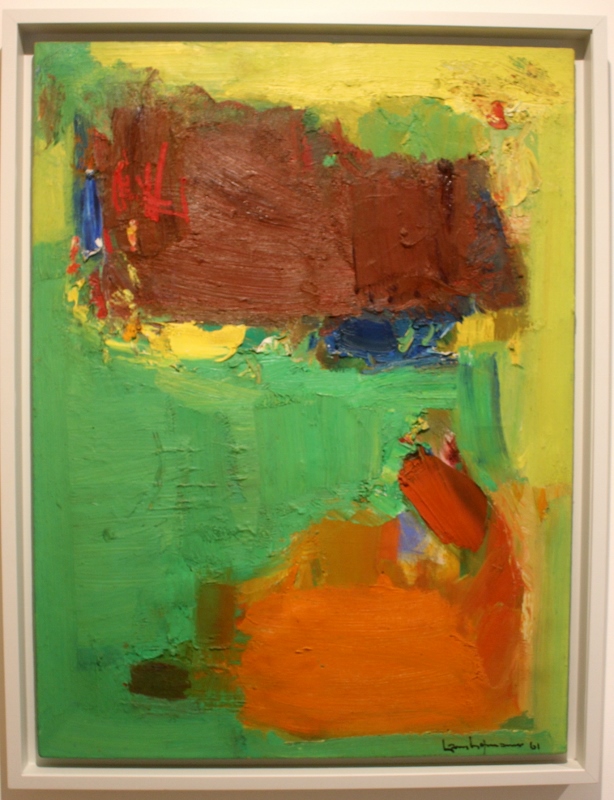 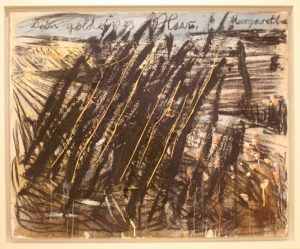 I am a sucker for Anselm Kiefer, this is ‘The golden hair, Margarethe’ from 1981 (acryllic, emulsion, mixed tech.), painted and collected after Peggy’s death, which was 1979 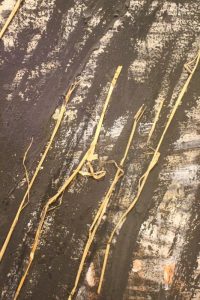 and a detail – the hairs? – from this painting 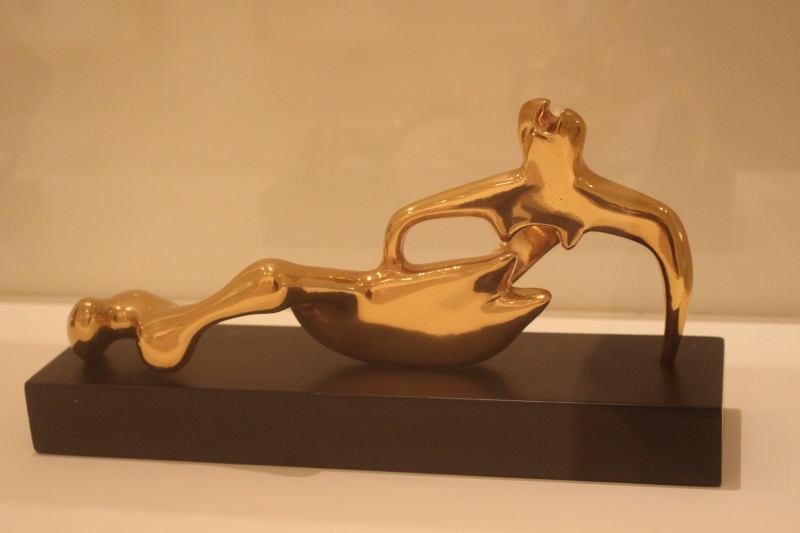