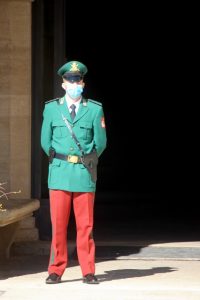 There is little to do in San Marino, except that we can now say that we have been to another independent country.

Technically speaking, San Marino does not belong in an Italy blog, of course. The independent Republic of San Marino should really be treated as a country on its own. With 62 km2 and a little over 30,000 inhabitants, it is the oldest still existing republic in the world, with the oldest still existing constitution of the world. But for all intents and purposes, for the traveller cum tourist San Marino is just another part of Italy. You don’t cross a border, you don’t change currency, you don’t adopt another language. It is just that fuel, alcohol and cigarettes are a little cheaper, and there are, curiously, an inordinate number of banks. So that defines the business model of this country, too; successful, as San Marino is one of the richest countries in the world, in terms of BBP. 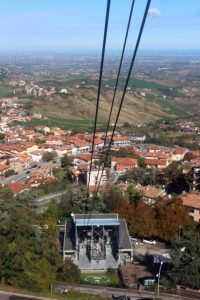 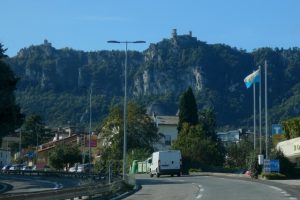 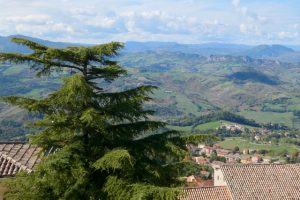 great views from the top 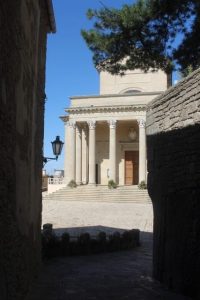 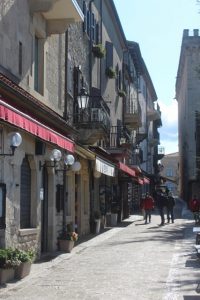 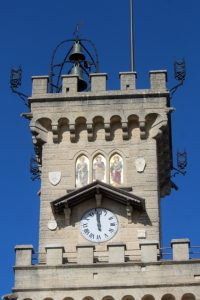 the tower of the Palazzio Publico 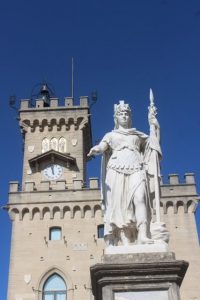 the Palazzio Publico, and San Marino’s own version of the Statue of Liberty

The only reason we go here is so that we can say that we have been. Really, there is no other reason to go to San Marino. A website listing the top ten attractions in the country comes up with things like “get a stamp in your passport” and “shopping”. We do not do either, but we do take the cable car from Borgo Maggiore to San Marino Citta, the capital which is situated on top of a 739 m high rocky outcrop, Mount Titano. From where we see that every other rocky outcrop in the surrounding also has a town, a village or a castle or monastery on top, but they have all been incorporated into Italy. The touristic highlights are limited to a couple of towers, a Neo-classic basilica, also from early 1900s, and the Palazzo Pubblico, from the late 1800s (in Italy!, where everything is at least 500 years old, even more – what a joke!) . We ignored the wax museum, the museum of torture, the Ferrari museum, and the museum of agricultural culture and traditions. Really.

We had a coffee, and a horrible lunch in a tourist restaurant – there are no other restaurants in San Marino Citta. And then we left again, without stamp, without cigarettes. But, with the knowledge that we had now been to the oldest still surviving republic in the world, in San Marino. 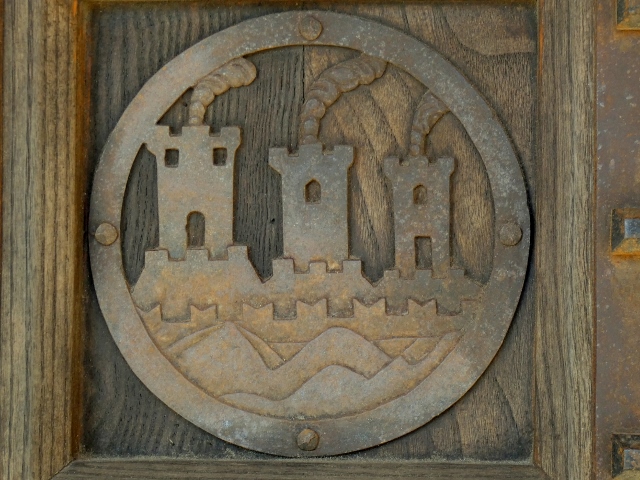 decorations on a door 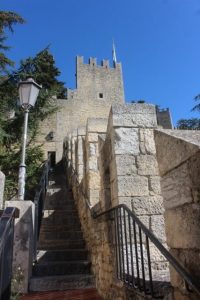 one of the central city buildings 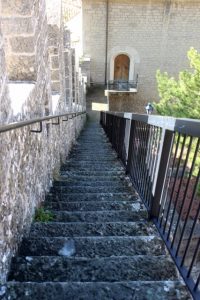 which is accesibly by steep stairs, like much of San Marino 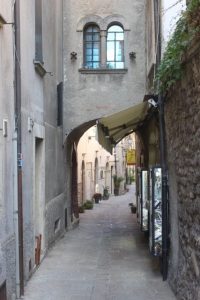 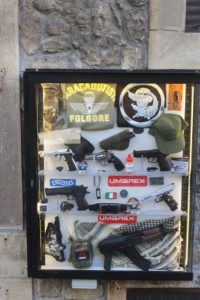 and proof that you can by everything here 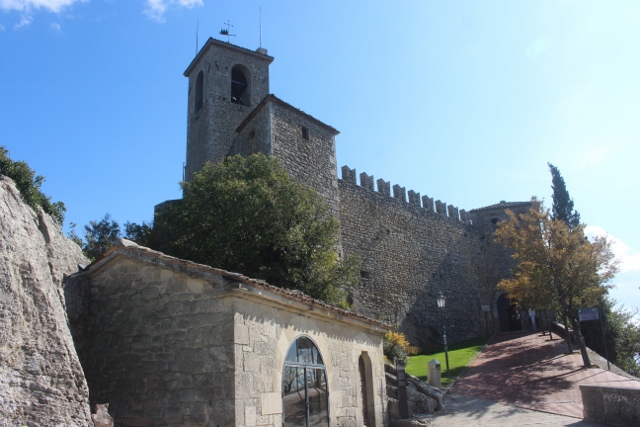