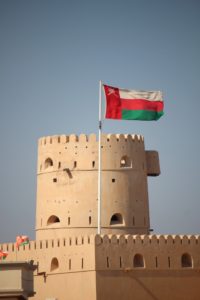 one of the many Omani forts

Oman is working hard to promote tourism, as one of the few countries in the region; this could well be a funcion of its outward looking past.

The Arabian peninsula has never been the easiest tourist destination in the world. Apart from the practical difficulties of getting in – the largest country, Saudi Arabia, being off-limits for most casual travellers because they don’t issue tourist visa, and the most attractive one, Yemen, is mired in a civil war -, there is actually the very real question of what to do, in Arabia. Dubai and Abu Dhabi are developing into major shopping hubs, but outside these modern artificial oilmoney-fuelled urban mini-states, there is only the desert, right? 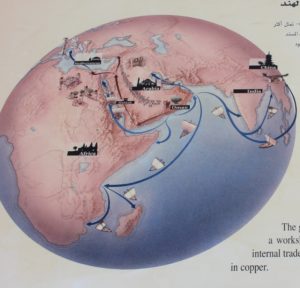 Oman as the centre of the ancient trading world

Well, not entirely. There is also Oman, which together with Yemen forms the south-eastern edge of the Arabian peninsula, and, unlike Yemen, is far more accessible. In fact, Oman is actively promoting tourism, albeit of the type that won’t appeal to the low-budget backpacker.

It is perhaps thanks to its strategic position, at the mouth of the Arabian/Persian Gulf and the edge of the Indian Ocean, that Oman has been more outward-looking than many of its neighbours. Long before the Europeans dominated the sea-faring routes, Oman traded spices with India. It also had something to offer: its mountains, a rare treasure on the peninsula, produced copper, and in the Dhofar region, near present-day Salalah, the frankincense tree has produced much sought after incense – that smelly stuff that has forever intoxicated followers of mysticism and religion – for thousands of years. 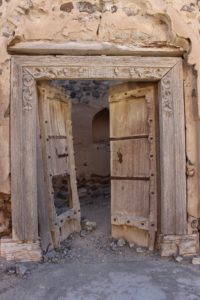 a door in a deserted house 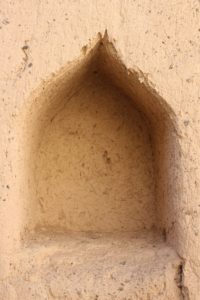 little niche in the wall

The Omanis were able to stave off several Roman overland expeditions to the source of francincense, thanks to the vast desert protecting it on that side – the Romans literally got bogged down in the sand. However, in the Middle Ages the Portuguese invaders were more difficult to withstand, and they established several footholds along the coast, to suppress Omani sea trade. Even though they lasted less than 150 years, their impact is still visible, in the more than one-thousand castles that have been built afterwards, copying the handful of Portuguese examples. 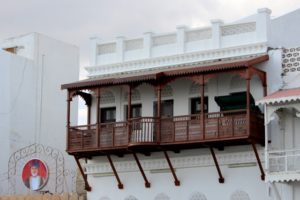 Muscat balcony, the sultan looking on 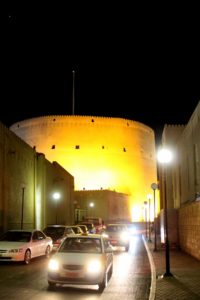 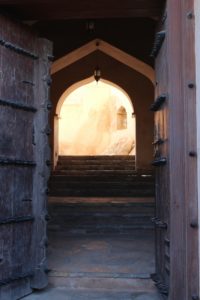 the entrance to Nahkal fort

Present-day Oman was divided for a long time, in an interior part behind the Hajar Mountains, and the Sultanate of Muscat along the coast. Repeated instances of, often covered, British military assistance helped the coastal Sultan to expand his control, firstly over the interior in the late 1950’s, and again in the 1960’s fighting a communist insurgency in the Yemeni border area. The latter also led to a British-assisted palace coup, which brought the current Sultan, Qaboos, to the throne at the expense of his father.

Which, according to most people, is the best thing that ever happened to Oman. Not that Oman turned overnight into a rights-respecting democracy; criticising the Sultan and the government is still prohibited by law, and the government decides who can be a journalist and who cannot. But Qaboos modernised the country, established schools and hospitals, and built the infrastructure, without sacrificing too much of the Arab characteristics of his society. Camels were replaced by 4WD’s, but people still return to their villages over the weekend, still camp out and retain many of their Bedouin habits. Including their hospitality. 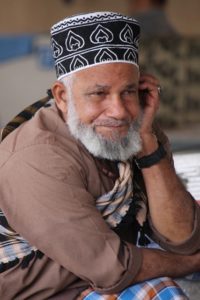 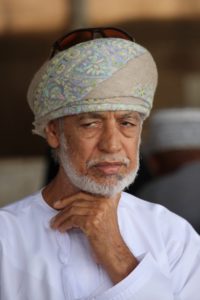 but not believing it all 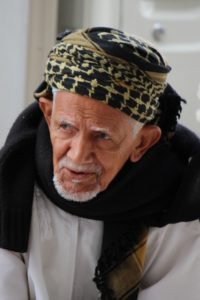 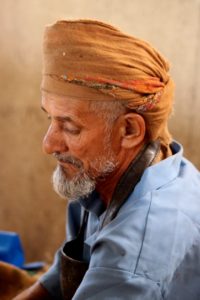 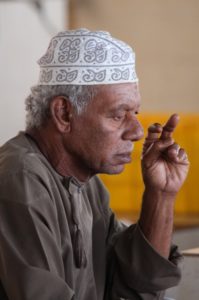 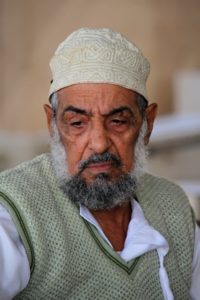 Sultan Qaboos also used, more than any of the neighbours, the oil income to diversify the economy and create jobs for Omanis. Yes, there are lots of immigrant workers (perhaps 40-45% on a population of 4 million), but not as many as in other Arab countries, and unlike with the neighbours, there is a real Omanisation going on, with real skills transfer from expatriates to locals. Omanis are actually working, in shops, restaurants, offices, rather than relying wholly on state hand-outs (it helps that Oman is relatively humbly endowed with oil and gas, compared to its neighbours). Which, in turn, makes it relatively easy for the casual traveller to meet the Omani people.

move on to: Muscat 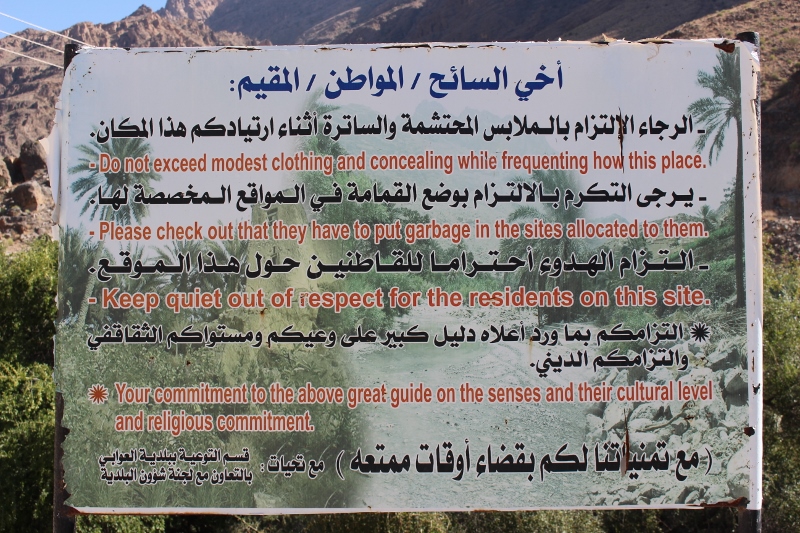 tourists are welcome, sort of