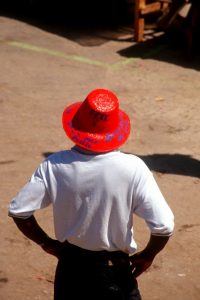 In the little town of Pestel the local people celebrate the Fete de la Mer, Festival of the Sea, whilst Rara bands cruise the streets.

On the way to Jeremie we stopped at a small village called Pestel, which had organised a ‘fete de la mer’ in the Easter weekend, complete with boat races, swimming contests (about half of the contestants had to be picked up by the rescue boat half way the harbour) and canoe races (one of the canoes sunk just before the start). Lots of music, especially from the so-called Rara bands, who were competing for the first price in the Rara band contest (the first price was a crate of rum, and three cartons of cigarettes!!). Rara bands are small groups of musicians that roam the Haitian countryside, and increasingly the towns, between Carnival and Easter, dressed in women’s cloths and armed with simple instruments and a rather monotonous repertoire. They are somehow related to Voodoo rituals, and command a large following, which subsequently blocks the roads, of course (how come it seems that everything in Haiti has to do with blocking the roads? This is the third major cause, after burning tyres and heavy rain, and there are already so few roads in this country).

Pestel also has a small fort, well, hardly recognisable as such, but build on a hill with a spectacular view over the village, the sea and the surrounding countryside. 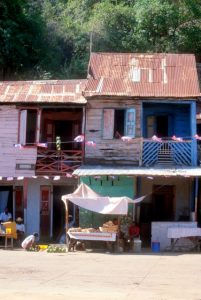 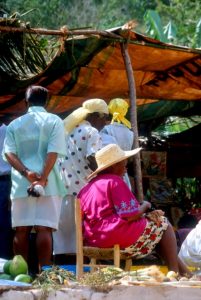 and a local market woman 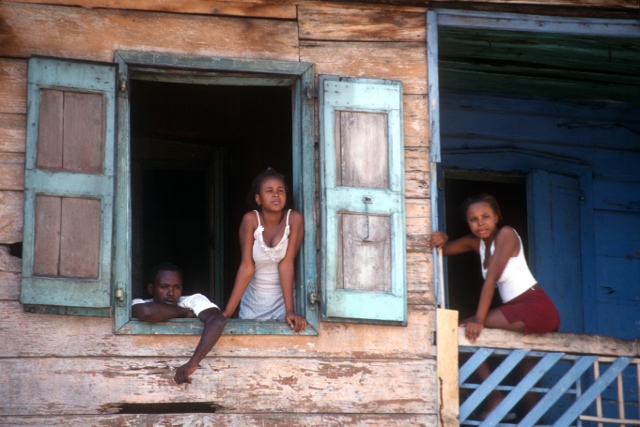 a family looking out over the festivities 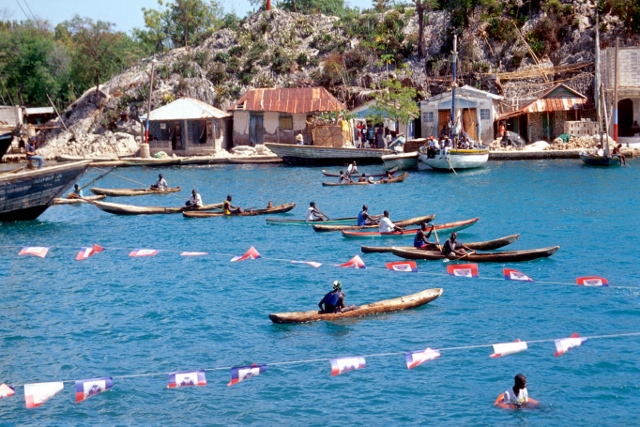 the start of the harbour canoe competition 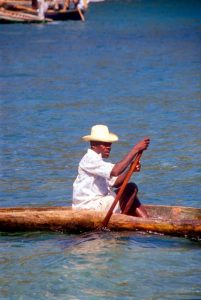 one of the contenders, pretty relaxed 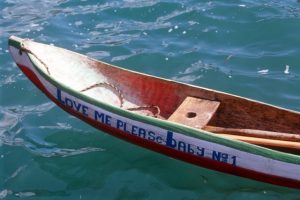 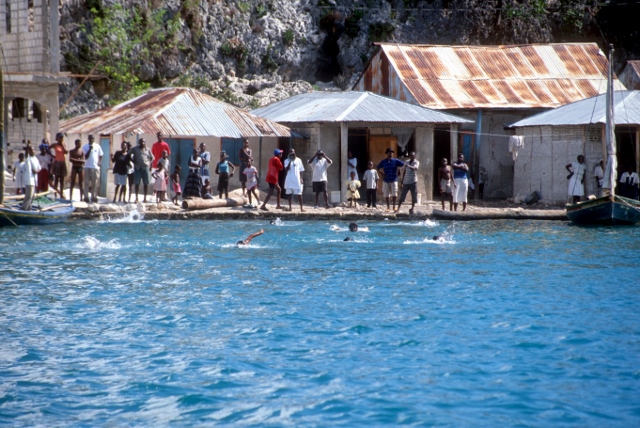 and the swimming race, also in the harbour 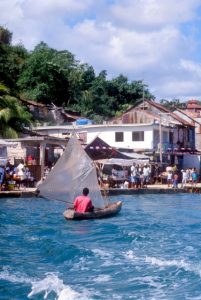 sailing races, in all different classes 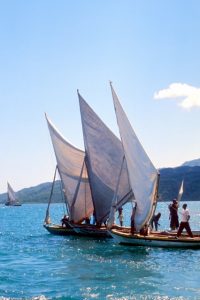 this is standard class 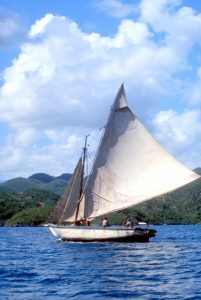 and a bit bigger and these are the tall ships of Haiti, or at least of Pestel 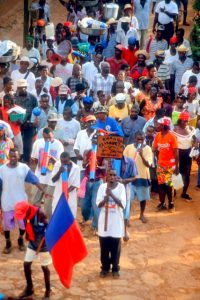 one of the Rara bands marching through town 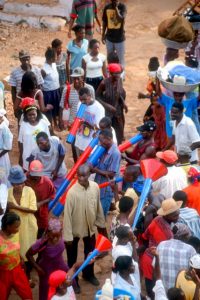 nationalistic colours of the large horns so typical for the bands 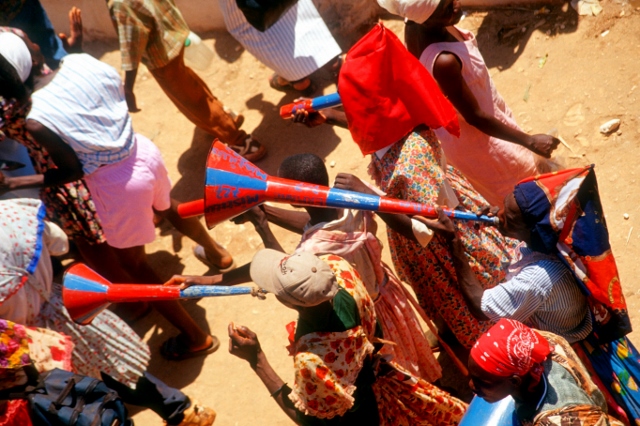 this is from above, out of the hotel window 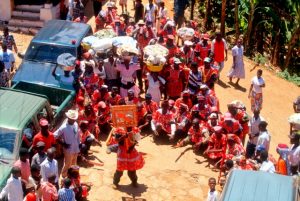 a whole troupe gathering in front of the hotel 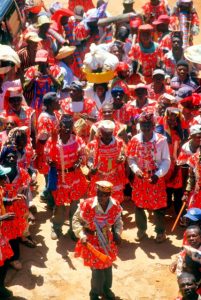 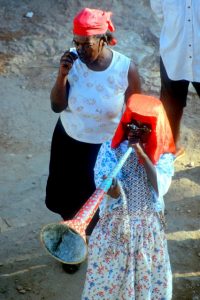 and another horn, complete with shades 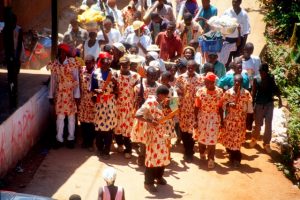 a different band, and their hangers-on 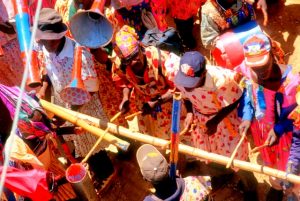 more Rara festival, once again from out of the window 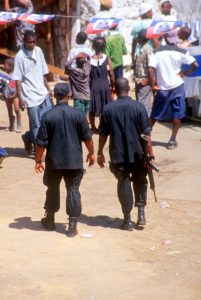 and this is then a bit uneasy, and perhaps totally unnecessary? 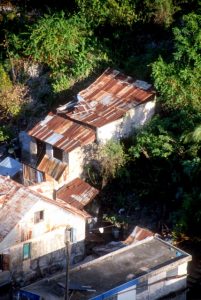 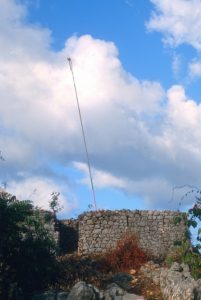 the fort, or what remains, on a hill above Pestel 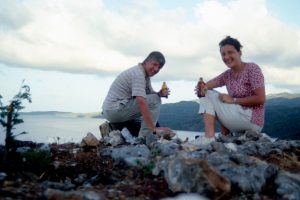 and the, then still pretty young, explorers themselves, celebrating the ascend with a Prestige beer 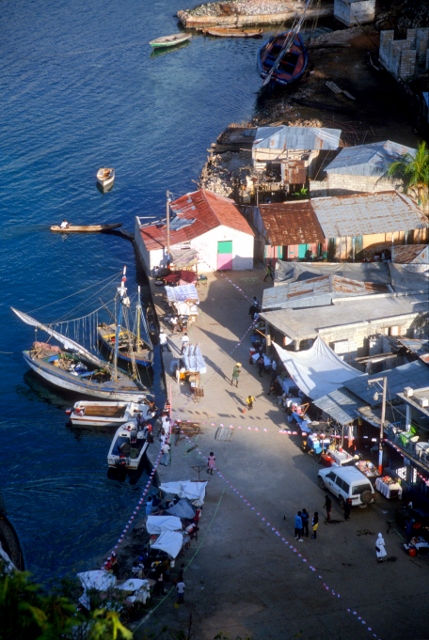