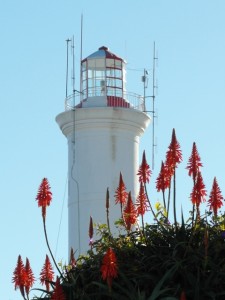 Established as far back as 1680 by the Portuguese to provide an alternative to the Spanish domination of the Rio de la Plata, and the vice-royalty of the same name, Colonia del Sacramento, or Colonia for short, soon became a smuggler’s paradise for those aiming to circumvent Spanish taxes. Which, of course, instantly made it a take-over target, leaving  Spain and Portugal (and apparently, Britain, too) fighting for years to try to control this strategically located little town, until it finally became independent in 1828 as part of newly established Uruguay. And since then, nothing happened anymore, it seems. 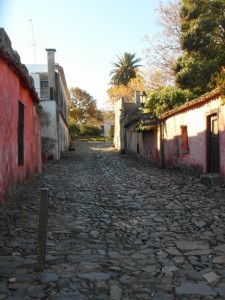 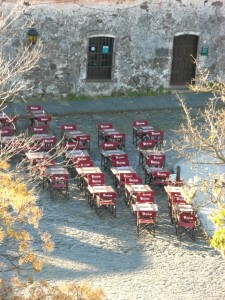 plentiful little squares with terraces, empty on the winter weekday 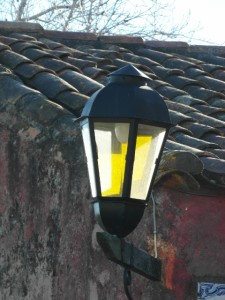 the streets lamps fit in the scenery, although they may be a relatively recent addition 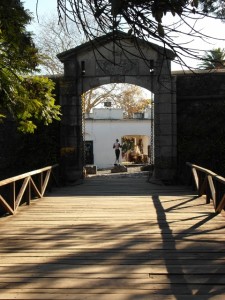 the draw bridge, original entry to the walled town

No tarmac here, no highrise. The historical centre still supports cobbled streets, old colonial houses, a multitude of delightful little plazas (squares) surrounded by ancient trees, a draw bridge dating from 1745, and a church from 1808, all tastefully restored. The centre piece is a 19th century light house, built on the ruins of an 18th century convent, which can be climbed all the way to the top for splendid views. And all of this in a laid-back, unhurried atmosphere. 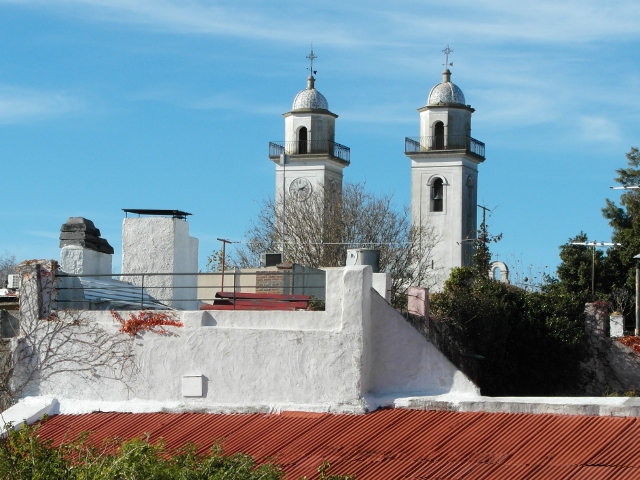 the church, originally from 1808 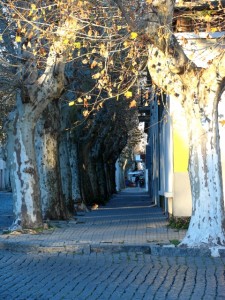 another tree-lined part of a street 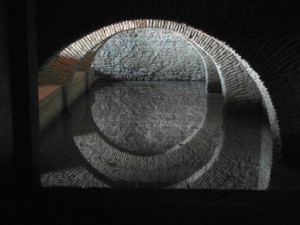 cellars of the Baston del Carmen, an old factory and wharf

To be honest, after an hour or two, three at the most, you have seen the old town – unless, of course you spend time on some of the many terraces in the squares, which could easily take an equal amount of time. The next thing to do, is to rent a bike – or a golf cart, another one of these quaint habits in Colonia – and head out east along the Ramblas, an attractive coastal boulevard. 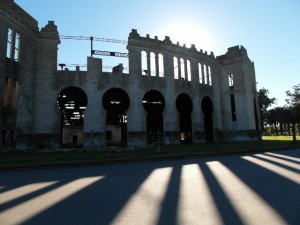 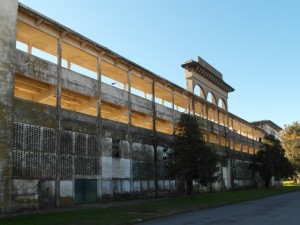 the fronton, a falling-apart stadium for a Basque ball-game 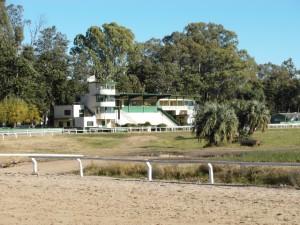 the stands along the hippodrome, Colonia’s ancient race course

Some eight kilometres further is the Plaza de Toros, nowadays unfortunately closed to the public because of imminent danger of collapse, but even from the outside still an impressive structure. The more so if you realise that in this 1910 construction there have been only eight bull fights conducted, because the Uruguayan government banned the sport in 1912. Do they finally build something new, is it obsolete within two years! Not that anybody thought of changing its role, or pulling it down, afterwards. Near the bull ring is also a Fronton, a stadium for a Basque ball game (why on earth they have it here, I don’t know – it is equally falling apart), and a hippodrome, which at least seems to be used occasionally. All together an interesting complex of sports venues, well worth the trip.

Which sums up all of Colonia, really. Well worth the trip, but don’t spend too much time here: a day, or a day and a night, is enough for even the most enthusiastic traveller. 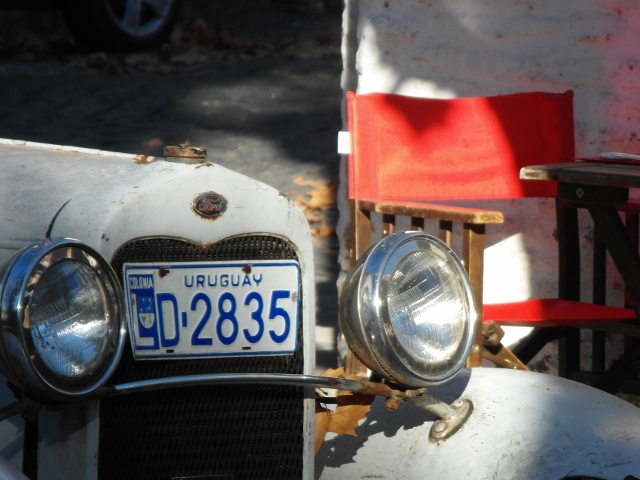 to enhance its stuck-in-time atmosphere, Colonia also has several vintage cars parked in its streets, most of them not going anywhere anymore