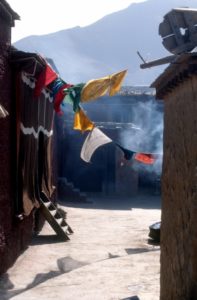 prayer flags are everywhere in Tibet

A tale of monasteries and mountains, this is a travelogue of a two weeks trip through Tibet, in Spring 1999 – we lived in China, at the time. Never mind the coming Millennium change, this was nothing short of the Middle Ages. We traveled from Lhasa, and the Yarlung Valley right across the country to the border with Nepal, and on to Kathmandu. My photography, by the way, was also ancient technology: old-fashioned slides, which I have subsequently scanned, but not before some colour deterioration had already occurred. 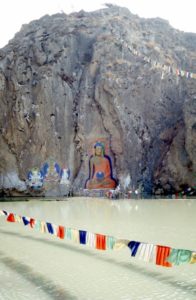 a Buddha image across a lake, at entrance of Lhasa

A Very Short History of Tibet

Buddhism arrived in Tibet in the 7th century, and has been dominating Tibetan society since. Politics and religion became strongly interwoven, with the Gelukpa sect, or Yellow Hats, dominating the Red Hats. The Yellow Hats’ leader, the Dalai Lama, is the most powerful embodiment of state and church – and the Yellow Hat monks are the ones to identify the reincarnation of a deceased Dalai Lama.

World history largely ignored Tibet, although at intervals Mongols and Chinese invaders subjugated the country to their dominance. From the 16th century onwards the Chinese ruled Tibet in name, however, this happened without much actual intervention. Fearing Russian and British expansion Tibet kept its borders closed to outsiders, and became more and more isolated. It was only in 1904 that the British, concerned about trade routes, invaded Tibet from their Indian colonies, allowing Westerners for the first time to set sight on the Potala Palace.

In 1950, one year after the Communist Revolution, China invaded Tibet. In the following years Tibetan resistance grew steadily, prompting a bloody clamp down by the Chinese in 1959, which led to the exile of the current Dalai Lama. Relationships soured further during the Cultural Revolution, between 1966-1976, when many Buddhist Monasteries were damaged or destroyed, and religious practices were halted. Although the more liberal policies followed by China since the late 1970’s have allowed the Tibetans a return to religious life, the situation remains tense. 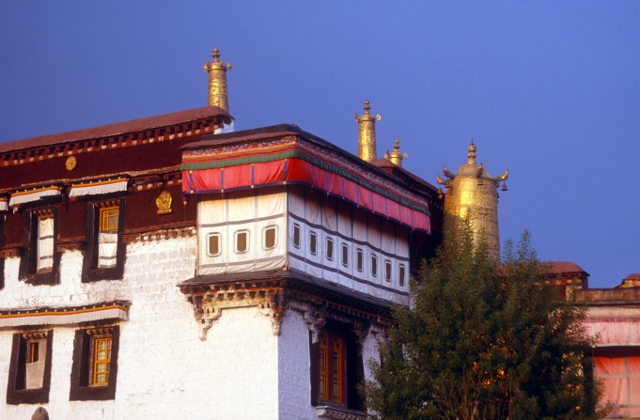 the Johkang Temple in Lhasa, the holiest temple in Tibet 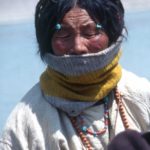 (1) Preparations: Going to Tibet isn’t as easy as going anywhere else, yet, all arrangements worked – surprisingly – perfectly well

Although Tibet is probably one of the most spectacular areas to visit in China, the authorities don’t make it easy. Never mind the ‘Mountain Kingdom’, the ‘Roof of the World’, or whatever name it has been assigned in order to hype up the appeal of this Autonomous Region within China, tourism is not actually promoted. China’s presence in Tibet is disputed, to say the least, by Tibetans and foreigners alike. Better not to let too many foreigners in, lest they see with their own eyes, hear with their own ears, how unpopular the Chinese are in Tibet.  read more 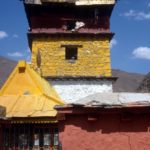 (2) The Yarlung Valley: The birthplace of Tibetan culture does not only contain several interesting monasteries, but also a lot of Chinese army presence.

Tsedang is some two hours drive west from Lhasa airport. But it took us quite a bit longer, as we were immediately confronted with the peaceful presence of the Chinese in Tibet. The roads were blocked by hundreds of army trucks, yet, the soldiers were making themselves useful, working in the fields, rather than repressing the people. Or that is what it looked like, from the road.  read more 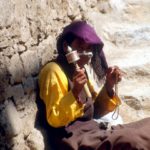 (3) Lhasa: The Tibetan capital, where Chinese and Tibetan culture exist in parallel, is surrounded by several great monasteries, like Drepung and Sera

Lhasa is not a romantic, mysterious city of unsurpassed beauty. Barkhor Square, supposedly the picturesque center of the old Tibetan quarters, in reality is a dump, with the smell of sewerage everywhere, persistent beggars grabbing you, and anybody else they can get hold of. Rubbish in the gutters, human excrements around every corner. Traffic is a complete chaos – in terms of driving Tibet is definitely completely assimilated into China.  read more 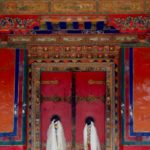 (4) More of Lhasa: The highlights of Lhasa are, of course, the Jokhang Temple and the Potala Palace. Just for these two, you should already be aiming for the Tibetal capital.

In terms of temples the top of the league is, without doubt, the 1300 year old Jokhang Temple, in the heart of the Barkhor area, the Tibetan centre of Lhasa. It is one of the few temples that still looks to be in its original state. It apparently survived the Cultural Revolution, as it was used as an army base. The main temple building, a largely wooden structure, is surrounded by a circuit of copper prayer wheels, that are being turned clockwise by the passing pilgrims, also rotating clockwise. read more 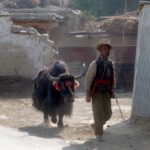 (5) West to Gyantse: The scenic southern route past mountain passes and a sacred lake leads to Gyantse, another historic town with a fort, a monastery and a pagoda.

The drive from Lhasa to Gyantse, along the old southern route (rather than the modern ‘highway’ via Shigatse) is spectacular, crossing two passes, one of 4790 m and the other 5045 m high, and the sacred lake Yamdrok Tso in between. If this wide expanse of turquoise water, with no rivers feeding it, ever dries up, Tibet will no longer be able to sustain life, or so it is believed. read more 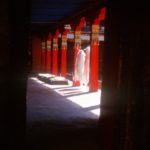 (6) Shigatse: The second-largest Tibetan town is pretty Chinese, in fact, and the only reason to come here is the impressive Tashilunpo Monastery.

Shigatse is the second largest town of Tibet. The two-hours’ drive from Gyantse passes through a completely different landscape, along the valley of a small river, the Nyang Qu. No big mountains, hardly a bend in the road, but no less entertaining a drive. Left and right the people were working the fields, as always colourfully dressed despite their working environment, with the animals again decorated with plumes or flags on their heads, and ribbons around their necks. read more 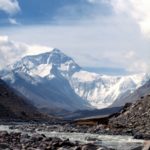 (7) to Mount Everest: The Friendship Highway, past Latse and Shekar, ultimately brings us to the turn off for Mount Chomolungma, Mount Everest to most: a fabulous sight.

After Shigatse, we joined the Friendship Highway, the road that connects Tibet with Nepal. Well, ‘highway’ only refers to altitude; in places it is indeed surfaced with tarmac, but soon, after the truck stop town of Latse, it turns into a dramatically poor condition dirt track, washed away in many places. Clearly four-wheel drive country. read more 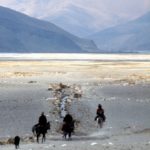 (8) to Nepal: The final stretch of the Friendship Highway, with more spectacular mountain scape, before dropping 1000’s of meters to the Nepal border, and to Kathmandu.

The road back to the Highway, so attractive in the morning, had now lost its appeal, paling into insignificance compared to our earlier experience, and was merely long. Arriving at the highway, we finally started to appreciate the road surface, despite it being just as dusty and corrugated as the day before. Everything is relative. Longing for a hot shower after a day’s drive, we were in for another accommodation shock, the Old Tingri Guesthouse. read more

And we finished in Nepal: some photos of Kathmandu and Patan