Obviously, not all of the information contained in the various blog postings of the Indochina blog come from personal knowledge or observation. When traveling we were carrying a small travel library, to which we kept on adding, and we did read up on the area prior to departure. Below some of the books, and some of my views on them. 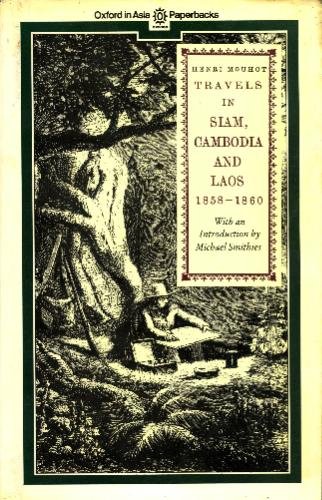 1 – Henry Mouhot’s “Travels in Siam, Cambodia and Laos, 1858-1861” describes the Frenchman’s extensive exploration in Indochina, including his “re-discovering”of Angkor Wat.  A great read, very broad in subjects covered – although some of his descriptions, of nature, or of individual temples in Angkor Wat, are rather tedious. He aims to record observations for posterity, that’s why. Yet, he is realistic enough to recognize that more specialized scholars may overturn his conclusions with time, which indeed has happened on various occasions. Which does in no way diminish the entertainment value of this travelogue, of a semi-scientific adventurer who covered lots of ground, and, unfortunately, ultimately did not survive his adventures, dying from what was most likely malaria in Luang Prabang in Laos. 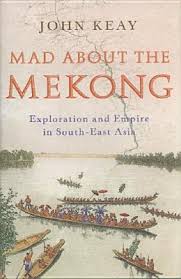 2 – The adventures of another Frenchman, Francois Garnier, and his Mekong expedition of 1865-1867, is re-told by John Keay in “Mad about Mekong”, where he retraces (some of) the steps of the expedition. Keay is a gifted writer of popular history, combined with his own travel experiences – highly  recommended. Unless, of course, you want the real thing, the original reports of the expedition, not only Francois Garnier’s two volumes, but also those of other members, have been published by White Lotus in Bangkok.

3 – As for White Lotus, in the Indochina blog I mentioned Carool Kersten’s short study, and reprint in English, of the Dutch VOC experiences in Cambodia, including their expedition to Wincjen – Vientianne – in 1642: “Strange Events in the Kingdoms of Cambodia and Laos, 1634-1644”.

4 – A more recent book is “Cambodia Year Zero, Road to Khmer Rouge Killing Machine”, an English translation of Francois Ponchaud’s 1977 account of the Khmer Rouge capture of Phnom Penh, and the testimonies he collected subsequently from Cambodian refugees who escaped the Democratic Kampuchea. A spine-chilling book, no fun to read, by someone who lived in Cambodia in the 10 years before the Khmer Rouge victory, initially believed in the Khmer Rouge, but comes to the conclusion that he was wrong. He describes the methodical approach to genocide, exterminating everything that was associated with the old regime, immediately after the take-over (well before the Khmer Rouge started purging their own ranks). 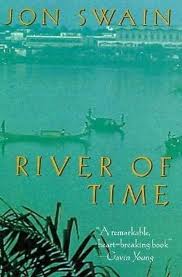 5 – Jon Swain, who wrote “Rivers of Time: A Memoir of Vietnam”, also lived through the Khmer Rouge take-over, and spent a long time in Indochina as foreign correspondent, I think for AFP. He writes a curiously beautiful prose about, well, the war in all its atrocities. If you need to read about this war, try this one. 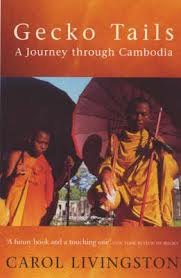 6 – Carol Livingstone was not a foreign correspondent, but may have wanted to be one. She wrote “Gecko Tails. A Journey through Cambodia” in 1996, describing her time in Cambodia in the early 90s, starting just before the UN overseen elections of 1991. Sometimes funny, mostly just a personal travelogue, not very interesting for an outsider, also not very analytical – but she doesn’t claim to want to be analytical -, she nevertheless has a few points to make. Being a fairly normal person, she actually conveys the fear with which people, Cambodians and foreigners alike, lived in these uncertain times, and has some poignant examples of where it went wrong. 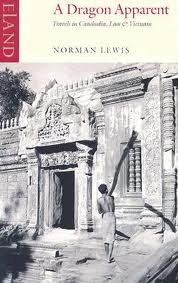 7. The most-quoted travel book of this region is Norman Lewis’ “A Dragon Apparent”, a record of his journey through Vietnam, Laos and Cambodia in 1950, “in the twilight of the French colonial regime”. Brilliant, interesting, entertaining, funny, and an easy read, but obviously outdated – but we hadn’t expected anything else, of course, 60 years later, and it certainly does not reduce the entertainment value of this book. And, in some cases not much has changed since he traveled around, see the blog post on Kon Tum. 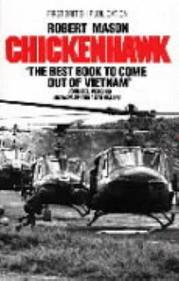 8. Another Vietnam war memory is a book I read 25 years ago (whilst working with Huey helicopters) about a Huey helicopter pilot and his one year stint in Central Vietnam in 1966 or so. The book is called “Chickenhawk”, written by Robert Mason (the pilot himself). I found it back here, read it again, and am still impressed, even though there is a lot of technical jargon. 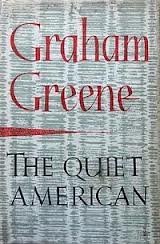 9. Next is Graham Greene’s classic novel “The Quiet American”, published in 1955, and written mostly in Saigon during the Vietnamese – Vietming – fight for independence from the French. Its description of the war is vivid, and eerily similar to what Americans described 10-20-30 years later, and its comments on American involvement are eerily predictive.

10. And the last book, for the time being,  is “Tiger Balm”, another travel account of Laos, Cambodia and Indochina, written by Lucretia Stewart, in 1992. Hailed as the next Norman Lewis, the book initially didn’t hook me, due to a rather boring and highly personal first chapter on Vientiane, but the later chapters are in fact very entertaining, and spot on, ie. recognisable for someone who has just been there, even though she writes almost 20 years earlier, before the big influx of tourists. 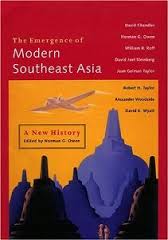 An excellent overview of the history, from early colonial to recent, of the entire region, not just Indochina, is “The Emergence of Modern Southeast Asia” (2005), edited by Norman Owen, but with contributions of a range of country specialists. The book aims to explain why countries are what they are now, and allows for selective chapter, or sub-chapter, reading if you are interested in one or two (or three) countries only. Compulsory reading for anybody who wants to get beyond the more superficial  stereotype impressions of the travel writers quoted above (and that includes myself…) 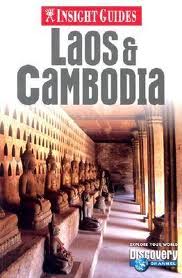 We had “The Insight Guide to Cambodia and Laos” (ed 2006) with us, excellent background information, history, etc., and a good description of the tourist highlights.

We also carried “The Lonely Planet for Vietnam, Cambodia, Laos and the Greater Mekong” (ed 2009), for the most up to date and for the more practical information. Problem with the LP is that, once a place – hotel or restaurant – appears in it, the entire travel community, not just the backpackers, seem to descent on it, which creates a distinctly un-authethic atmosphere. Another problem is that many of these places may have been good when they were researched, perhaps 3-4 years ago, but may not be top of the range anymore. In any case, with Wifi in each and every hotel and guesthouse, and various bookings sites with reviews of hotels, you can now much more easily identify where you want to stay, and book online. Maybe LP is getting less useful, these days. It is still good for ideas, though, they seem to have traveled the countries they write about well. 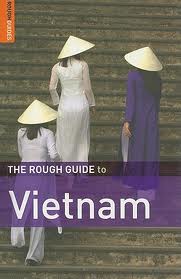 In Vietnam we used “The Rough Guide to Vietnam” (ed 2009), more detailed than the Lonely Planet, but at times perhaps too detailed: they do find rather a lot of so-called worthwhile sites to visit, but many of them are mediocre, at best (although at times the authors admit this, to be fair). Maps aren’t as good, neither as user-friendly, as the Lonely Planet ones.

We also have “The Compact Insight Guide to Vietnam”, too compact to be of any use, really.