As always,  I try to come prepared, visiting a country. This is what I read (and what I still want to read) on Lebanon. 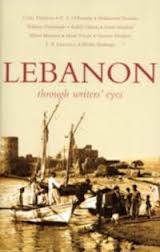 1 – “Lebanon through writer’s eyes”, edited by T.J.Gorton and A.Feghali Gorton (2009), is a collection of extracts from people who have written about Lebanon, or the area that now covers the Lebanese state, since antiquity, covering Greeks, Crusaders, and travelers from the Middle Ages onward  Unfortunately, they have been selecting quantity over quality: many of the extracts are too brief to be interesting, whilst at the same time it is doubtful whether they would ever become interesting. Many writers don’t get further than observing the rich vegetation, especially the fruit trees, and the several attractive and strategically located port cities. Many, from early on, also observe the multitude of ethnic groups and their often conflicting interests – nothing new here. Overall, an admirable attempt, but for most of it not a very interesting read, although one can expect exceptions in such an anthology.

One is the account of Charles Kinglake, from Eothian (1834), which is very funny at times, and certainly warrants further reading. Another is Mark Twain’s excerpt from Innocents Abroad (1869), which displays a typical American arrogance combined with total naivety – not warranting further reading as far as I am concerned. 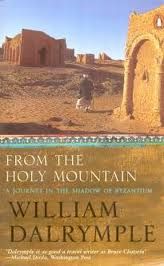 2 – Wlliam Dalrymple’s “From the Holy Mountain” (1997) has a chapter on Lebanon, which he visited a few years after the civil war. His description paints a divided and destroyed country, yet with signs of remarkable resurrection. He is particularly interested in the Maronites, the ancient Christian society that survived in the Lebanese mountains, and more specifically in their role in the civil war – not a pretty picture, according to Dalrymple. As with all books I have read from Dalrymple, this one is equally brilliant, a balance between often funny travel experiences put in a broader framework of history, ancient to recent. Interestingly, he traveled west to east through Turkey via Syria to Lebanon (and then on to Israel and Egypt) in 1994, and he must have been in Diyarbakir, SE Turkey, when we were there, too. 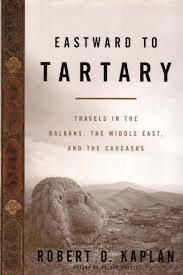 3 – Robert Kaplan is a traveling writer/journalist who tries to interpret what he sees in the wider context of the World. He has long been one of my favourites, although his later books are becoming more and more something of a Tour de Force, trying to prove some grand, preconceived idea through going places, and then fit the observations to the idea. The Lebanon chapter (and the Turkey and Syria ones, for that matter) in “Eastwards to Tartary” (2000) is also somewhat disappointing. Compared to Dalrymple, Kaplan doesn’t get nearly as much out of his journey, and remains stuck in the observations that Syria controls and dominates, and that Lebanon has embarked on a post-war consumer spree. Interestingly, he traveled in 1998, four years after Dalrymple, and already sees a lot less of the war destruction, more of the rebuilding.

NB: The comparison between the Brit Dalrymple and the American Kaplan is an interesting one. Where Dalrymple describes the history of Lebanon from the perspective of his observations, and is clearly on a journey of discovery, Kaplan travels with the usual American confidence, knowing it all, never doubting his conclusions. The word “perhaps” you won’t find in Kaplan’s books. Both writers meet Wahlid Jumblatt, the Druze leader, but Dalrymple somehow comes up with a much more interesting account after seeing the man for less than an hour, whilst Kaplan had a whole afternoon lunch with the man, without generating much insight. 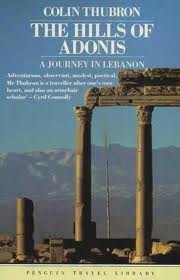 4 – Colin Thubron: “The Hills of Adonis” (1968). A trip through Lebanon BEFORE the civil war, interesting to compare with Dalrymple’s experience just AFTER. Thubron decided to walk through Lebanon, in a quest to discover traces of Astate – Aphrodite in the Greek mythology – and Adonis. The mythological details are not exactly what one would have expected in a travelogue, but the other parts are quite interesting, and indeed describe another country than what it has become after the civil war, notwithstanding Thubron’s recognition of a wide variety of population groups, and significant tensions between them, already then. Still, not one of my favourites. 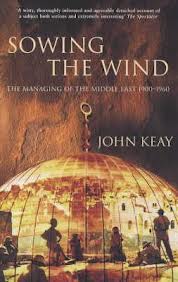 5 – Background reading is provided by John Keay, one of my favourite authors on history, who wrote “Sowing the Wind: The mismanagement of the Middle East, 1900-1960” in 2003, putting not only Lebanon, but also the rest of this area in its recent historic perspective. Keay is very good at painting the larger picture through highlighting individual episodes, and this book is another example of that quality – although, owing to the complexity perhaps, the book is occasionally somewhat chaotic. It does portray, however, the incredible inconsistency of especially the British government, which mostly appears due to clumsiness, childishness  and petty rivalry, rather than a mischievous ploy to manipulate colonies and protectorates, although no doubt some of that has played a role as well. 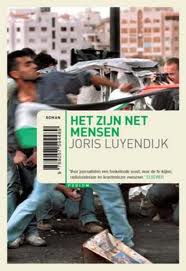 6 – Another interesting read is Joris Luyendijk’s “Het zijn net Mensen” , published in 2006 (and translated in English as “People Like Us: misrepresenting the Middle East”). He was a foreign correspondent in the Middle East for a Dutch newspaper and for Dutch radio and TV, for five years until the American invasion in Iraq. Although primarily an attack on the way journalism works, he illustrates this by focusing on the contradictions in the Middle East – the entire Middle East, Lebanon is just a very small element here, but Luyendijk actually does make the point in that you can tell the same story in many different ways, depending on your point of entry and on your use of language. And there is no right or wrong.

We did with the “Lonely Planet’s Syria and Lebanon” (July 2008 edition), quite OK for this trip as far as Lebanon goes.

Other potentially interesting books that I haven’t read, but may, one day:

“Pity the Nation: Lebanon at war” is the story of long-time Middle East correspondent for the Independent, Robert Fisk, who was one of the very few who stayed on in Beirut during Lebanon’s civil war. Haven’t read it yet, non of the 600 pages plus…. but will, one day

Kama Salibi: “A House with Many Mansions: The History of Lebanon Reconsidered” (1988). Some 247 pages, apparently accessibly written, but I haven’t found it yet.

Promoted (by the Lonely Planet) as a great vintage starting point is Mark Twain’s wry “The Innocents Abroad” (1869) chronicling his journey across the Middle East in 1867. But from what I said above, I doubt whether I will actually read it, even if I had it.

Then there is David Hirst, another former Middle East correspondent, this time of the Guardian, who wrote “Beware of Small States: Lebanon, Battleground of the Middle East”, his version of Lebanon’s largely involuntary role in the Arab-Israeli conflict.

Fawwaz Traboulsi wrote “A History of Modern Lebanon”, going back a little further than just the civil war, and obviously attractive for its autochthonous origin, to be compared with all the foreigners who have studied the same problem, perhaps from a different background.

I also may investigate – one day – Alex Klaushofer’s “Paradise Divided”.