a few photos of the pyramids of Giza, and a couple of other pyramids aroound Cairo, from 1992. Mind you, these are original slides that I have scanned a little too late, which is visible in some discoloration. 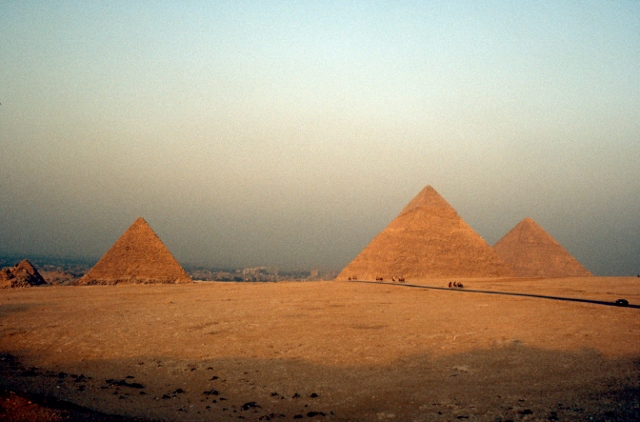 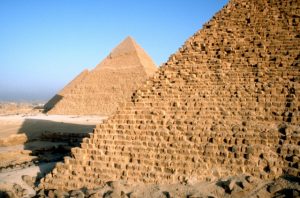 another view of the pyramids 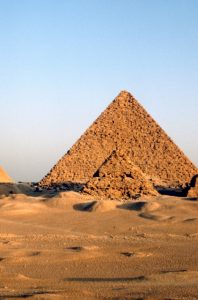 and the one we climbed – I think 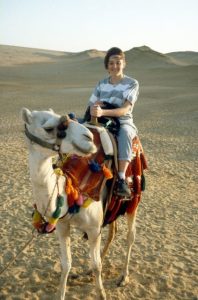 haphazard tourist on a camel 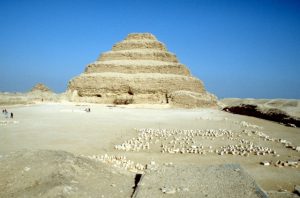 the Djoser pyramid in Saqqara, not far outside Cairi 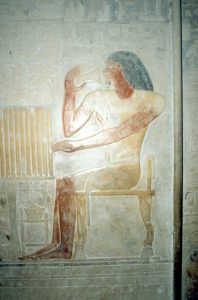 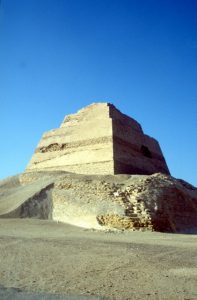 this is the pyramid of Snefru in Meidun, also outside Cairo 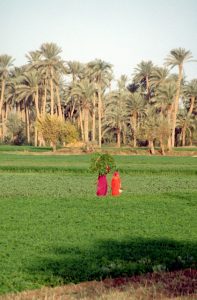 women working in the fertile fields of the Nile valley