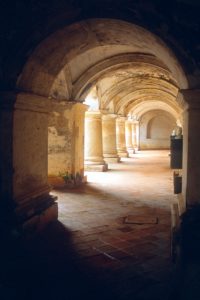 Convento Las Capuchinas, one of the many colonial buildings in Antigua Guatemala

Most people traveling to Guatemala will try to avoid the present-day capital, Guatemala City – a collection of crime, chaos and concrete – and continue to Antigua Guatemala, instead, about an hours’ drive away. This is the old capital, established in 1543 during the Spanish colonial times, and it shows, although most buildings date from the 17th and the 18th century, often as rebuilds after earthquakes. It was also an earthquake, in 1773, that ended Antiqua’s status as capital city. Luckily, a lot of the inhabitants at the time ignored the many official decrees ordering people to vacate the city, and stayed to slowly reconstruct. This has resulted in a lovely ancient centre, with cobbled streets and tastefully restored buildings, in recent years largely financed by the tourist industry that has turned many of the grand, patioed houses into hotels and restaurants. 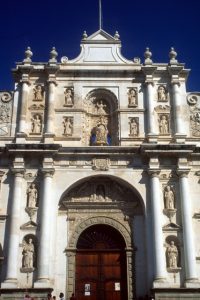 the cathedral of Antigua inside the ruined Iglesia San Francisco 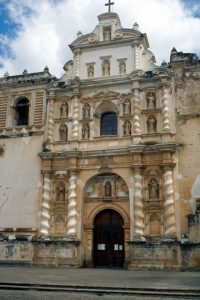 the front of Iglesia San Francisco 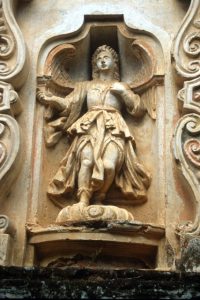 detail of the stucco work

One of the most impressive churches is La Merced. Its history exemplary for Antigua’s construction, the church was started in 1548, destroyed by earthquake in 1717, finally rebuilt in 1767 only to be devastated again by the 1773 earthquake. The present day baroque façade is from mid-19th century. The Iglesia de San Francisco has a similar history, with an origin in 1579, but a less ostentatious façade, whist the Convento Las Capuchinas, officially called the Convento de Nuestra Senora del Pilar de Zaragoza, dates from 1726, and was supposed to be more earthquake proof – see the huge pillars, for instance -, but also only survives in ruins. 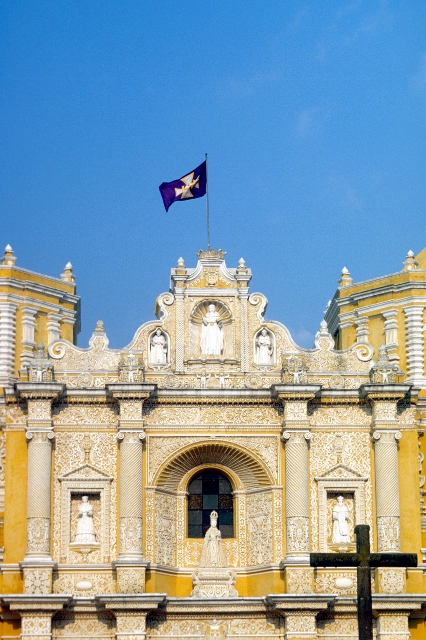 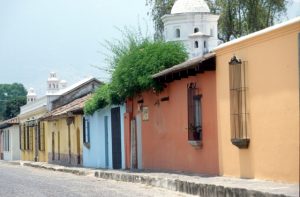 colourful houses along the streets of Antigua 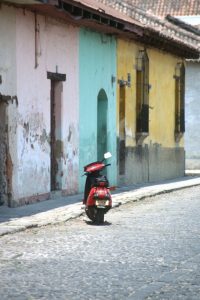 a scooter adding even more colour 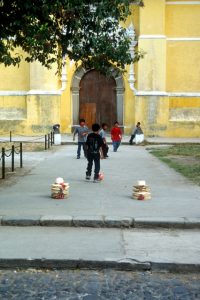 the local footbal talent, on a break from selling hats 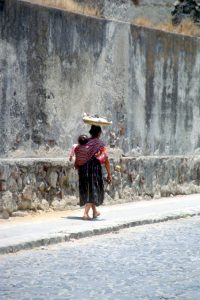 even if there is no colour, there are the people 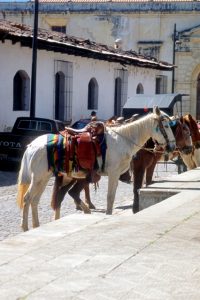 horses parked at the market 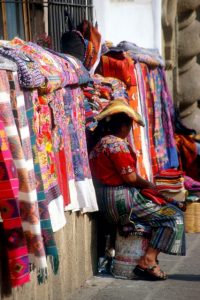 a market woman trying to get some shade 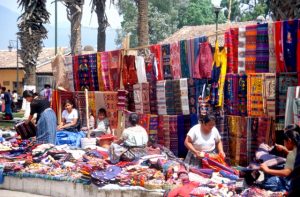 multiple cloths for sale, in every colour possibel

But mostly, Antigua Guatemala is so nice because of its narrow cobbled streets lined with colourful houses; its chaotic market with colourful cloths, shawls, blankets and the local fashion, huipiles. Which is why Antigua is indeed a popular destination, with foreigners as well as with Guatemalans escaping the city for the weekend. And the setting becomes even more colourful during Semana Santa, the Holy Week, when for days on end the town is in the grip of its processions. 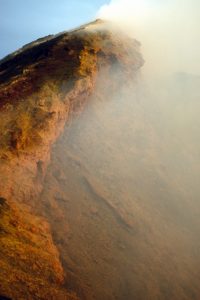 the crater rim of the Pacaya volcano 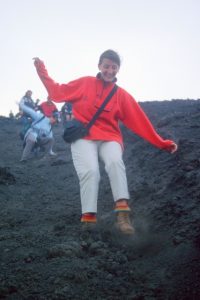 young tourist descending in the scree

One of the favourite outings, before or after sipping coffee in one of the many bars in town, is walking onto one of the three volcanos that surround the town. Volcanos are an integral part of Antigua, which they have demonstrated repeatedly in the past. From almost everywhere you can see Volcan Aqua (3760 m), to the south-east. The highest volcano around is Acatenango (3976 m) and another prominent one is aptly named Fuego (3763 m), which is recognisable from its characteristic plume of smoke, ever present above it. The easiest to climb in Pacaya, 2550 m, only about 1000 m higher than Antigua. In four to six hours you walk to the top, or perhaps ‘scamble’ is a better term, as the last part goes across the scree of the volcano cone, a bare slope. Past vents, past the ever-present smell of sulphur. All these volcanos are still pretty active! 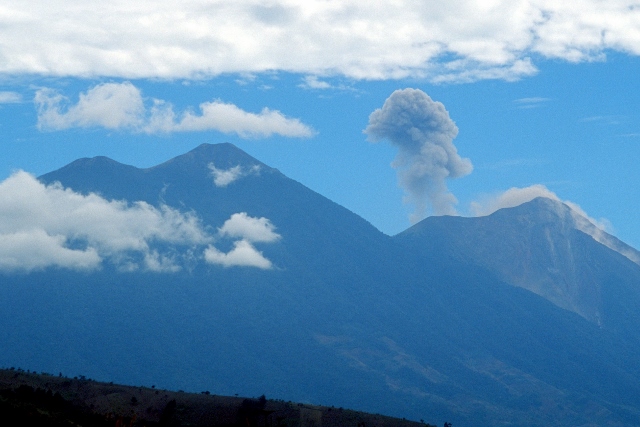 volcanoes around Antigua Guatemala, including plume of smoke