As always, a journey is so much nicer if it can be placed in perspective, for which we read a variety of books, before and during (and quite often after) the trip. This is what influenced this account: 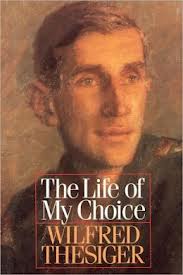 1.      A classic travelogue, plus a whole lot more, is “Life of my choice” (1987), by William Thesiger, who was born in Addis Ababa into a diplomat’s family, and went on to travel the country, and much beyond. He combines a fascinating and somewhat eccentric background with a keen eye, a strong interest in the unknown and an unusually beautiful way of writing it all up, guided by a clear love for the country he was born in. That this clouds his objectivity in some areas, especially where his unconditional support for everything Haille Selassie in concerned, is something one has to accept.

The best part of the book is the period before the Second World War, especially Thesiger’s expedition to the Danakil, a must-read for anybody planning to visit the northern part of Ethiopia. 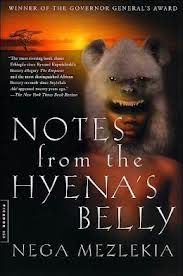 2.      “Notes from the Hyena’s Belly: Memories of my Ethiopian Boyhood” (translated in Dutch as “De Buik van de Hyena”) was written by Nega Mezlekia and published in 2000. The author was born in 1958, the same year I was born myself, and the beginning of the book is very much a childhood as I had it, in a middle-class family, relatively protected, a schoolboy being naughty, pulling off all sorts of pranks, frequently being expelled from the class room: I recognize that. Yet, there are obviously a lot of things I don’t recognize, my teacher didn’t beat me senseless, I wasn’t subjected to witchcraft to drive out the devil, but mostly, I didn’t live in an Ethiopia with such a violent history, the things that come after Mr Mezlekia’s childhood. A very readable book, which becomes increasingly disturbing the further one gets, after the death of the Emperor Haille Salassie, and during the increasingly arbitrary years of political upheaval in this huge, complex and diversified country. 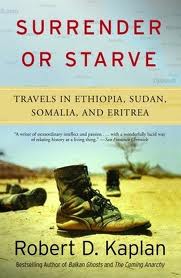 3.      “Surrender or Starve” (1988) is one of the first, if not the first, book by American Robert Kaplan, long one of my favourite current affairs writers (although his latest books are less successful, in my view). This one deals with the famines in the Horn of Africa in the 1980s, and rather eloquently makes the point that these famines were instruments of war, not just acts of Gods, but that reporting by Western media was one-sided, focused on starving children rather than the real issues – issues that were long being denied or ignored by those comfortably based in Addis Ababa. He breaks a lance for the Tigrean and Eritrean independence fighters that opposed the Ethiopian Derg – the brutal communist elite – and he exposes the naivety of US foreign policy, focused on winning hearts through humanitarian relief, as opposed to the cold-hearted but strategically superior Soviet approach of militarily supporting the communist elite.

Great book, well researched and well written. The problem is that it is passé, Eritrea is now an independent state and Tigreans rule Ethiopia after having defeated the Derg; even the Soviet Union doesn’t exist anymore. Yet, from an historical point of view, well worth it, if only to provide an insight in the African ruler’s psyche. 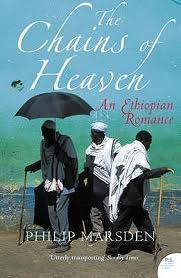 4.      Philip Marsden traveled to Ethiopia as a young man, and claims it changed his life, and made him a traveler. Twenty years later he returned, and walked from Lalibela to Aksum, a journey he describes in “The Chains of Heaven” (2005). He is obviously much in love with the country, although, to his credit, he doesn’t close his eyes for some of the more cruel experiences he encounters. He speaks the language, and meets many interesting people, which adds to the attraction of the book. A really nice, easily readable travelogue, with lots of entertaining anecdotal history incorporated – including the story of Prester John -, as well as a dose of Ethiopian mythology and a wealth of knowledge on Ethiopian Orthodox church history, which is very much the same thing.

5.      The book “De Oude Kleren van de Keizer” (1997), by Nell Westerlaken (I don’t think it has been translated English) is a series of short sketches from trips she made in the mid-1990’s in Ethiopia. Light-hearted, mixing her own experience with some of the Ethiopian history – very much like I am writing my blogs, come to think of it – hers are entertaining stories; she doesn’t strike me as an Ethiophile, much like we aren’t either. Her experiences with the people are also not much different from what we go through; some 15 years later Ethiopia has changed in that it has become a lot more accessible then when Ms Westerlaken traveled there, but the mentality of the Ethiopians hasn’t changed a bit. 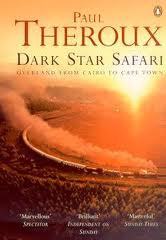 6.      Paul Theroux passed through Ethiopia on his travels from Cairo to Capetown, a trip described in “Dark Star Safari” (2002).  He actually got on the train from Addis Ababa to Dire Dawa, the section now closed, and visited Harar, before turning south again, only to travel almost straight to the Kenyan border. A rather short stay in Ethiopia, therefore, not really worth the effort, but one can hardly expect otherwise, on such a mega-journey. I am never really captured by Paul Theroux, he writes nicely, meets lots of people, is well-read, but somehow never really gets me hooked. Matter of taste, probably. 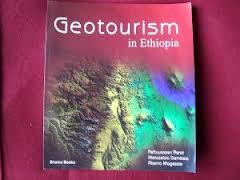 7.      A very interesting local find is “Geotourism in Ethiopia”, by Asfawossen Asrat et al (2011), an attempt to explain the geology of Ethiopia and its relevance for the various monuments and sites. Fascinating discipline, new to me (the link to monuments, that is), but worthwhile investigating, especially in the light of rock-hewn churches and the like. Problem is that, firstly, the book only handles the mainstream tourist part of the country – for instance, doesn’t deal with the Danakil area and the present day Rift System, perhaps the most exciting geological feature of this country -, and secondly, remains at once too generalist, omitting easily explained details, whilst at the same time throwing in terminology that remains abacadabra. Good initiative, but could do with a revision. 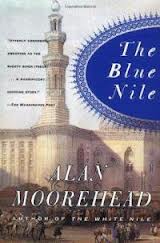 8.      “The Blue Nile” is the subject of a book written by Alan Moorehead in 1962. In fact, the book only briefly explores the river from Lake Tana to Khartoum, and down to the Mediterranean, recollecting the journey of James Bruce, who claimed – wrongly – to be the first European to see the source of the Nile. Most of the book, however, is taken up by narrating the efforts of three colonial powers: the French invading Egypt, the Ottoman Turks in Sudan, and a British expedition in Ethiopia. A really nice, and very readable book, well written, entertaining and informative, and companion to The White Nile (which I will acquire, too, once back in The Netherlands)

The classic is Basil Davidson’s “The Story of Africa” (1984), describing African history from the early years through the development of individual kingdoms and the advent of colonial expansion, to the increasing assertiveness of African people and independence.

Less relevant for the Horn, at least Ethiopia, is “The Scramble for Africa: White Man’s Conquest of the Dark Continent”, written by Thomas Pakenham in 1991. Yet, a thrilling account of Africa’s colonial history it is. 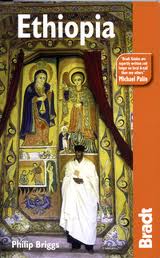 The best travel guide I have found is the “Bradt Travel Guide for Ethiopia” (2009 edition), very detailed, and obviously written by somebody who not only understands the country and knows every corner of it, but loves it, too. Lots of background info, lots of common-sense views on traveling, and lots of details on the sites: excellent book. Only limitation, as far as we are concerned, is that it only covers Ethiopia.

We also carry “The Lonely Planet for Ethiopia and Eritrea” (2009 edition), which not only covers Eritrea, but also Djibouti and Somaliland. The LP is good for the mundane parts of the trip, well laid-out, good maps etc., and it is somewhat  more up-to-date than the Bradt guide, but it has become a lot less adventurous than what it used to be known for. Still, a useful companion.