One of the things that makes traveling fun is reading up on the countr, or countries, you are going to visit, before, during, even after your visit. Prepares you for what to expect, and it helps you to focus on certain issues, places, habits, and see if you agree with the author, or if things may have changed – or not – in the years in between. As usual, not all of the books on the list below I have read yet, but as soon as I do, I will underline the title (and likely expand on the description). 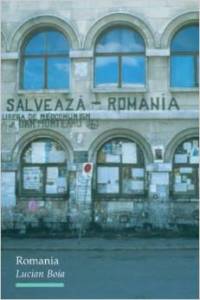 01. A fairly recent overview of Romania’s history was written by Lucian Boia and is called “Romania: Borderland of Europe” (2001). Mr Boia is not uncontroversial, but that makes the book even more attractive. 02. Another Romanian historian, Neaga Djuvara, wrote “A Brief Illustrated History of Romanians” (2014), which was published when he was 98 years old – so Mr Djuvara speaks from experience, having fought in WW II, and lived through the communist years. The book is very accessible, and the illustrations add to the appreciation. Yet, reading his book I cannot get away from the impression that it is a rather rosy, uncritical view of Romanian history. Vlad Tepes was perhaps cruel, but so were other European rulers, at the time. Carol II may have robbed the country of its gold, but he wasn’t too bad, after all. And don’t forget all the injustice done to the Romanian people by everybody else. Tiring, after a while. 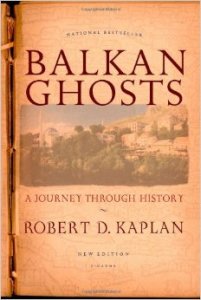 03. My library contains many books on the interface between travel and history, and one of my favourite authors in this genre is Robert Kaplan, who wrote “Balkan Ghosts” (1993). The book contains several parts, one of which deals with Kaplan’s trip through Romania in 1990, just after the overthrow of Ceausescu. The author takes you on an almost playful journey through Romania’s history, meanwhile traveling from Bucharest to the Danube Delta, to Iasi in Moldavia, to the painted monasteries in Bucovina, and then into Transylvania. Everywhere he meets interesting people who share not only their hospitality, but also their often differing views, which Kaplan manages to put in the relevant context. The picture he sketches is of a country full of past issues, from ethnic conflicts and peasant exploitation to war crimes and communist-party power abuse. Issues that, by 1990, obviously had not yet been dealt with. It will be interesting to see whether that has changed at all, in the past 25 years. The Bulgaria part, the result of several short visits in the 1980s and -90s, is less coherent, and as such less illustrative for a country in change. Kaplan’s contribution covers a number of Bulgaria-specific issues without being able to sketch the overall context. Still, a good book, from the time Kaplan was young, and not yet famous. 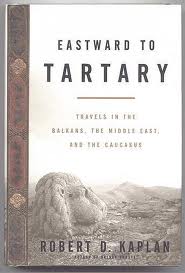 04. The Balkans, and Romania and Bulgaria, come back in another Robert Kaplan book, “Eastwards to Tartary” (2000). I have referred to this book earlier, in the context of Lebanon, where I was rather disappointed by the lack of depth, and lack of detail – perhaps inevitable, as this book, touted as Kaplan’s first book since Balkan Ghosts to focus on a single region again, in fact takes the author from Hungary via Romania, Bulgaria and Turkey into Armenia and Azerbijan to end in Turkmenistan, meanwhile taking a sidetrip to Syria, Jordan, Lebanon and Israel. So much for a ‘single region’… Like Lebanon, Romania and Bulgaria are also covered somewhat hastily in this book. The story is low on travel observations and experiences, and heavy on interviews, whereby Mr. Kaplan has, in the meantime, acquired sufficient international fame to get access to presidents, mayors and professors, which leaves less time for discussions with the common people he so effectively used to paint a picture of a country in transition, in his earlier book. I can also not escape the impression that hope has been replaced by despair, as far as Romania and Bulgaria are concerned. 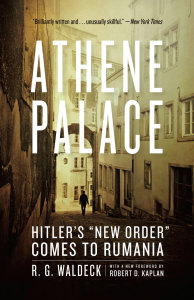 05. A classic on Romania, and my favourite in the list so far, is “Athene Palace” (1942), written by the German-American journalist R.G.Waldeck (alias for Rosa Goldschmidt). Ms Waldeck describes from her hotel – the still-existing Athene Palace – the pre-war intrigues of representatives of all powers, except Russia, who meet and still easily mix in Bucharest during the last half of 1940. Hers appears to be a very well-informed account of how Romania increasingly lost territory, to Russia and then to Hungary and Bulgaria, and how this forced the then-king, Carol II, to abdicate, whilst Romania slipped into the embrace of Nazi-Germany. A great book, recommended (by me..). 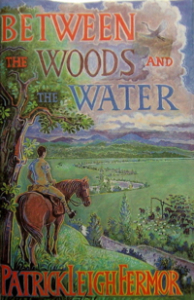 06. An early traveler was Patrick Leigh Fermor, who in 1936 went from Hook of Holland in the Netherlands to Istanbul in Turkey. He wrote up his experiences in three volumes, the middle one, “Between the Woods and the Water” (1986), describes his journey through Hungary and Romania (and was published 50 years after the trip). 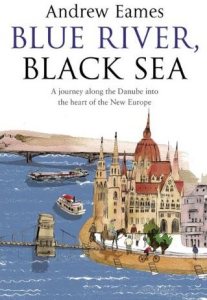 07. Andrew Eames retraces the steps of Leigh Fermor, and wrote “Blue River, Black Sea” (2009), his account of his trip from the source of the Danube all the way to the Black Sea, and including a journey away from the river in Romania. Mr. Eames’ book covers a lot of ground, literally, but it gets stuck somewhat in descriptions, and lacks a little on personal contacts. Even where he meets people, whether shepherds or princes, the interaction sometimes lacks depth. Still, a nice enough read, and an easy one.

08. Another Danube traveler is Claudio Magris, an Italian. His book is simply called “Danubio” (1986), written before the collapse of communism. The English translation, “Danube” was published in 1989.

09. To stay with the topic, Simon Winder wrote “Danubia: A Personal History of Habsburg Europe” (2013), not exactly Romania, but its history, and especially its Transylvanian border, is closely related to the Habsburg Empire.

10. A little lighter is “Never Mind the Balkans, Here ‘s Romania” (2008), by Mike Ormsby. His is a series of short sketches, based on personal experience, sometimes funny, at others frightening, sad, unbelievable, or just very recognizable. By its very nature, the books lacks structure, and it lacks a general message, too – or it must be that Romanians react differently from Western Europeans. It is a nice book, for a while, but I didn’t finish it. (Incidentally, if you come across “Grand Bazaar Romania”, same author, it is the translation in Romanian.)

11. At opposite ends to Ormsby is William Blacker, another recent Romania traveler, and author of “Along the Enchanted Way: A Story of Love and Life in Romania” (2008). 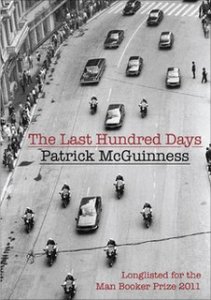 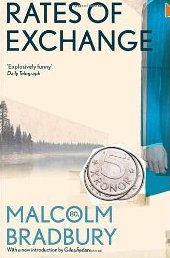 12. Patrick McGuiness’ novel, “The Last Hundred Days” (2011), is a bit of a misnomer, as it creates an expectation of the run up to the overthrow of the Ceausescu regime and the Romanian revolution of December 1989, whilst in fact it describes life in Bucharest through the eyes of  young English student, who came to live there in Spring 1989, and stayed up to the day after the overtrow. The fact is, of course, that, say, for 95 of the last 100 days nothing pointed towards a revolution in Romania, and the few pages dedicated to the actual revolution are rather disappointing. The plot itself is rather thin, the happenings and the role of the main character rather unbelievable, and the story does take a while to get underway. Still, the description of life in Bucharest in the last days of the regime, the deceit and conspiracy, the double-crossings and the half-truths pervasive throughout Romanian society at the time, probably gives a very good picture of the contorted reality of those days; as only a well-connected and observant outsider can provide. Mr McGuiness has been there, so much is clear, and his everyday life experiences of the time match well with those described elsewhere, but are all the more realistic from the details he provides. Pity the story isn’t – or at least, so I think, but then, I wasn’t there, of course.

13. The fictional “Rates of Exchange” (1982), by Malcomb Bradbury, deals with the country Slaka, which apparently closely resembles Romania, but way before the last hundred days.

14. Another fiction, world famous and unfortunately still dominating the impression people have about Romania, is Bram Stoker’s “Dracula”, first published in 1897. Say no more! 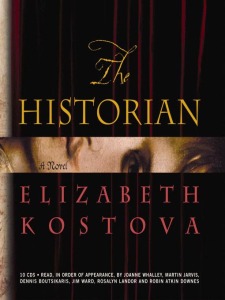 15. The Dracula legend is further explored by Elizabeth Kostova, who wrote “The Historian” (2008), a thrilling novel that links the discovery of a series of books book to the secret location of the tomb of Vlad Tepes, the real-life, 15th Century Wallachian ruler that is widely believed to have been the model for Dracula. Great novel, effortlessly merging mysterious characters, vampire-like treats, and dusty libraries and dark castles, without adhering to a specific genre – most certainly not a horror story, much more an adventure, spanning three generations and switching between the US and Easter Europe and Turkey. Worthwhile reading, enjoyable. 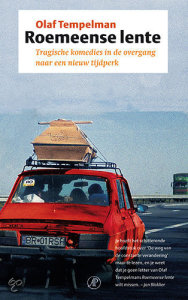 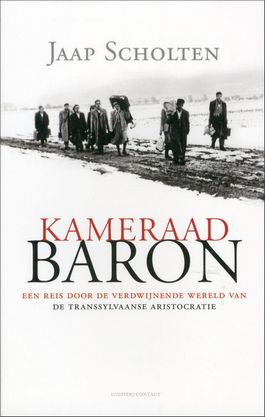 19. Bulgaria is a lot less well covered in literature. Bulgarian emigré Kapka Kassabova has written “Street without a Name: Childhood and Other Misadventures in Bulgaria” (2008), both moving and funny. Ms Kassabova, who studied French, left shortly after the end of communism, to the UK and then to New Zealand, where her French was of little use. This flash-back gives a really good impression of life under communist rule, in the one- or two-room apartment blocks, in the educational system, in the factories. Particularly touching is her description of her scientist father, who has to receive a Dutch delegation. Particularly sad is the part where her father comes back from a congress in The Netherlands, realizing just how far behind the communist block has fallen. 20. Another one about Bulgaria is “East of the West: a Country in Stories” (2011), in which Bulgarian author Miroslav Penkov tries to sketch a picture of his native country.

The travel guide: “The Lonely Planet for Romania & Bulgaria“. OK, nothing special, and perhaps there are guides available that, even though lighter on the mundane aspects of traveling, have more to offer in terms of historical background and detailed information on the sights. After all, the mundane aspects – hotels, restaurants – are equally well, if not better, covered by internet-based resources.