Villa Romeo and Juliet: accommodation in Ploiesti Reading list for Romania and Bulgaria 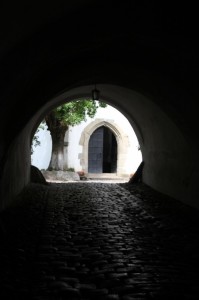 there is always light at the end of the tunnel…

After some four weeks traveling through Romania, we come to the conclusion that this is just another European country, and like every other country, unique in its people, in its history and in what is left to see of this history; in the Romanian case, quite attractive.

Romania is something unique, in South Eastern Europe. Not because of its Latin origins, what Romanians will want you to believe sets them apart from other Balkan people. A tenacious claim, at best, really. And not because it represents an old culture that other Balkan countries didn’t have. Every Balkan country has its own, specific background, Bulgaria quite different but equally rich as Romania, for instance. But they are united in 500 years of Ottoman occupation, or domination, which has left its traces. And by 50 years of subsequent communism thereafter, which has caused not only stagnation, but also the breeding of cronyism in the absence of an independent, trustworthy legal system. 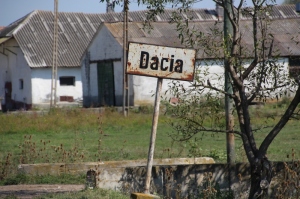 Dacia is the Romanian precursur empire; not much left right now, except a small village in Transylvania

But Romania is unique in that every Balkan country aspires, in one way or another, to return to its former greatness, in terms of geographical coverage, yet, for a Greater Albania, a Greater Macedonia, a Greater Serbia, a Greater Bulgaria and a Greater Romania one needs significantly more territory than exists. And only Romania is a country that geographically approaches it maximum historical territorial extent, largely because it mostly doesn’t dispute its territory with the other Balkan countries (except for a sliver of Bulgaria), but only with Hungary – now-Romanian Transylvania, Maramures and Banat provinces, for instance -, and with the former Soviet Union – to which it lost parts of Bucovina and Maramures, now in Ukraine, and Bessarabia, now predominantly the Republic of Moldova. But by-and-large, Romanians are quite pleased with that; occasionally, one sees graffiti claiming Bessarabia is Romanian – a bit like The Malvinas are Argentinean -, but I think, having seen Moldova, that most Romanians are in fact quite happy not to have the responsibility for this part. It is unlikely that Romania now has the same capacity to absorb Moldova as West Germany had 25 years ago absorbing East Germany. 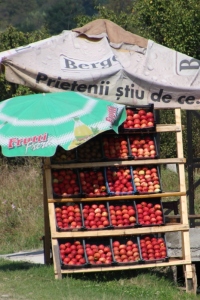 The resultant present-day Romania is a country with a lot of variation: different areas have a different atmosphere, different people, starting in the Banat , home toTimisoara. Even though nowadays the vast majority of the population is Romanian – and 6% Hungarian; ethnic Germans have all but disappeared, deported after WWII and re-migrated to Germany after the 1989 revolution, and Jews have a broadly similar history -, even though they are almost all Romanian, people in different areas have their own characteristics. And history has almost certainly a lot to do with that, the people in the Banat and in Transylvania cannot, in less than a century, have undone the (Austro-) Hungarian influence of hundreds of years. If only because they are still used to go to massively big churches, where in the rest of the country the churches are small, humble.

I have hardly mentioned the Gypsies, or Roma, as you like (Romanians have something against the use of the term Roma, it is too close to Romanian, and they dislike the claim of a small, and controversial, part of the population to this term). I haven’t talked about Gypsies, because I don’t know what to say about them. They are hated by the rest of the Romanian population, who thinks they are unadjusted, aggressive and unwilling to compromise, yet, from the Gypsy point-of-view this is an understandable position, after years and years of discrimination and exploitation by non-Gypsies. Nobody seems to be able to come up with a solution for this conflict. Neither am I.

gypsy houses, you’ll pick them out straight away, different taste 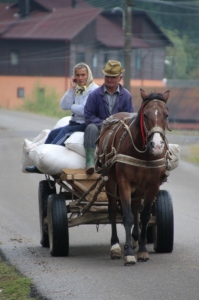 progress of sorts: mobile phone on the cart progress of sorts: multiple horse power in front of the cart

But back to the four weeks Romania experience. Certain things reminded me of Albania, where we live 20 years ago. The countryside, the villages which seem to be stuck well in the previous century. But Albania was 20 years ago; I suppose some things just don’t change that easily, or are not necessarily that visible. My friend on top of his hay cart, he had seen a lot more of the world than the average Albanian 20 years ago, yet, for the casual observer it doesn’t look that different. In many villages new houses have been built, large houses, obviously expensive. And some horse-drawn carts have been replaced by 4WD-drawn carts! Perhaps progress has most definitely arrived, but is not evenly distributed. Transylvania, Bucovina, Maramures, they look richer, as do certain areas like Curte de Arges, not too far from Bucharest. Other parts of Wallachia, and certainly large parts of Moldavia, seem poorer. We had the opportunity to visit several villages around Iasi, which were further away from the main roads, and where progress looked a little further away, too. 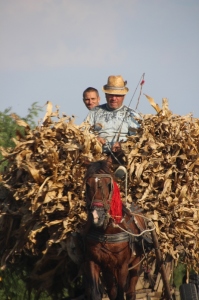 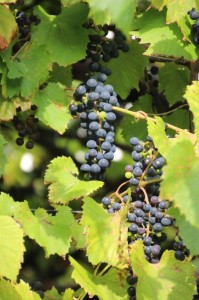 The towns show a different picture. Once again, Transylvanian towns seem to lead the way, old centers nicely restored, clear tourist attractions, but at the same moment also plenty of signs of affluence not related to tourism. Smart shops, upmarket restaurants and cafés. People well-dressed – well, mostly the women, Romanian men will predominantly go over street in shorts and T-shirts and on flip-flops. Yet, there are still the palatis everywhere – a word I picked up in Albania, here they call them blocks; the palatis, or at least some of them, are even more run-down then the ones I saw in Albania 20 years ago. But those in Albania will now also be 20 years older. And some of the Romanian palatis have been patched up, newly painted, perhaps even refurbished into multiple-room apartment buildings. 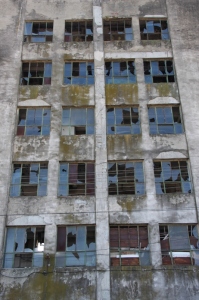 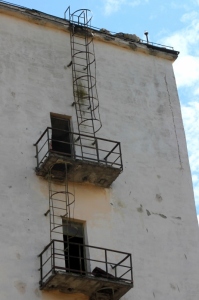 The factories are another story, I have commented earlier on the smashed up buildings which will never be used again: total destruction of capital, apparently sold out in the years immediately after the revolution. And some of the people we talked to commented, worryingly, on the lack of production, in Romania, there is little being made except its agricultural produce. And yet, in Iasi we also saw the signs of an emerging entrepreneurship. And in every town the fringes are populated by the foreign car dealers, including expensive German brands, so there seems to be sufficient market, and thus sufficient money around.

Construction is everywhere, infrastructure mostly. And European money, mostly, the European Union is prominently present in Romania. There are fewer examples of local investment, Romanian money that is made to work, and boost the economy. Sure, there are the new pensiunes, the bed-and-breakfasts, everywhere, but the majority of these seem aimed at improving people’s houses, with a business on the side. A climate for real business development is still some way off, due to hard-to-erase uncertainty around the political climate and the legal processes. In R.G.Waldeck’s classic on Romania at the beginning of WWII, ‘Athene Palace’, published in 1942, she observes that “things written on paper (…) had a shorter life in Romania than anywhere else. After a few weeks the best laws were forgotten (…) because everybody had learned to get around them”. Many Romanians I talked to expressed the same feeling now, and in that respect little seems to have changed in 70 years! 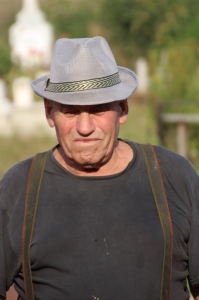 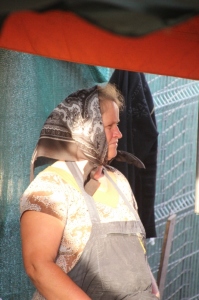 The prejudice? All those Romanians and Bulgarians that steal our jobs, and our wallets? I already commented on Bulgaria, and the Bulgarians, earlier, and for Romania it is not different. Romanians are very friendly people, they are not threatening, on the contrary, most are extremely helpful, proud to show off their country. Never did we encounter problems, never were we asked for bribes, never were we cheated, never was my wallet, or anything else, stolen during our time here (and in my case, having had my wallet stolen all over the world, that says something, doesn’t it?). 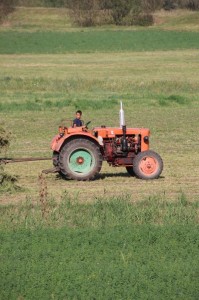 they learn to drive young, them boys! (just like any other country?)

You know, Romania, like Bulgaria, is just another European country, with its own characteristics, like every other country has its particular characteristics, too. Nothing exotically different. Nothing uncomfortably different. Actually, quite a nice place to come to. Great hiking, apparently (well, if you are fit enough). Beautiful old towns, fortified churches, painted monasteries, wooden churches, lots of castles. A wine route. And, in the month of September, two half days of rain. Could be worse, no?

Would we come back, one day? Quite likely. 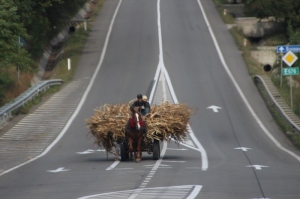 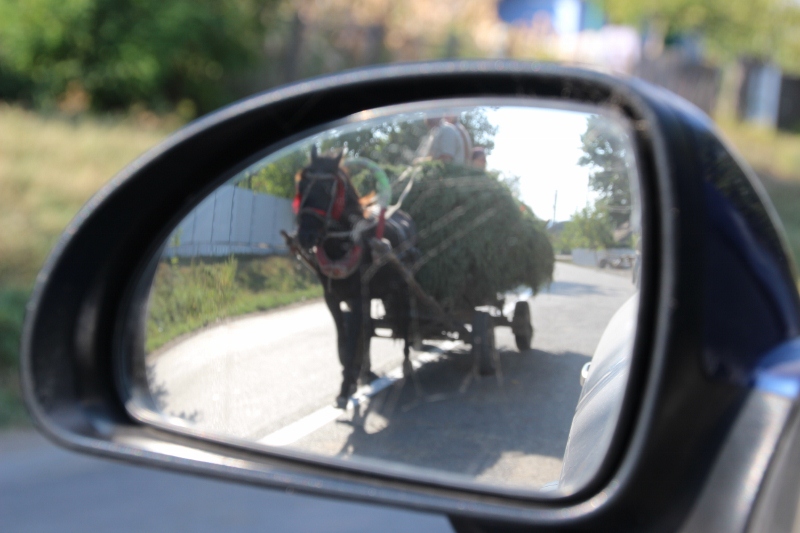 One Response to 36. looking back