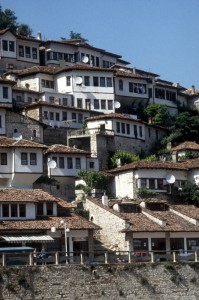 the old Ottoman houses in Berat

Not only City of a Thousand Windows, but an almost equal amount of satellite dishes marked the old town of Berat in the 1990s. Unlike much of the rest of Albania, Berat was actually quite well maintained, its large wooden and plaster Ottoman houses were in a good state of repair. Most of the houses were painted in white, which nicely contrasted with the red tiled roofs. Narrow streets were covered with grape vines, providing shade – and no doubt also the basis for the local raki. The town also contains several old mosques, some with frescos on the outside walls. 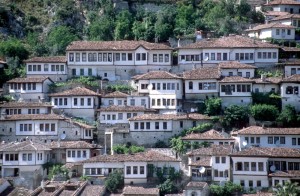 the characteristic white and red houser of Berat

Berat’s citadel is still an impressive structure, thick walls and square towers, and a small Byzantine church inside. Worth the walk up, not in the least for its great views over the town below. Less attractive is the word ENVER, in those days clearly visible on the hill opposite the town. 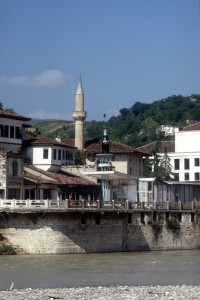 the old mosque, next to a modern Coca Cola bottle: advertising has reached Berat 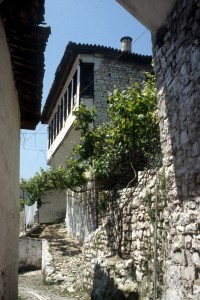 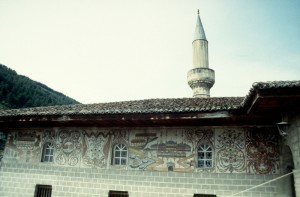 frescos on the outside of the mosque 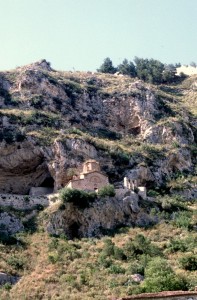 small Byzantine church against the slope of Berat’s citadel 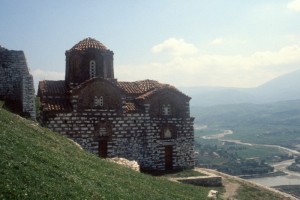 the small church next to the citadel 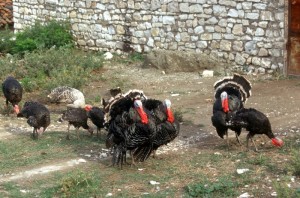 turkeys roaming around in the citadel 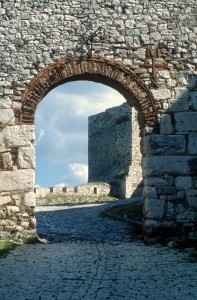 entrance to the Berat citadel 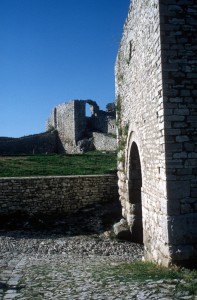 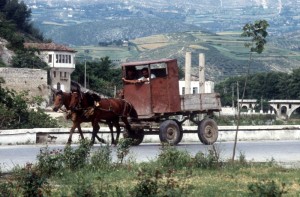 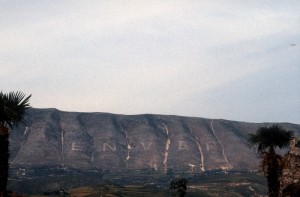 looking out of Berat, you are reminded of Enver Hoxha 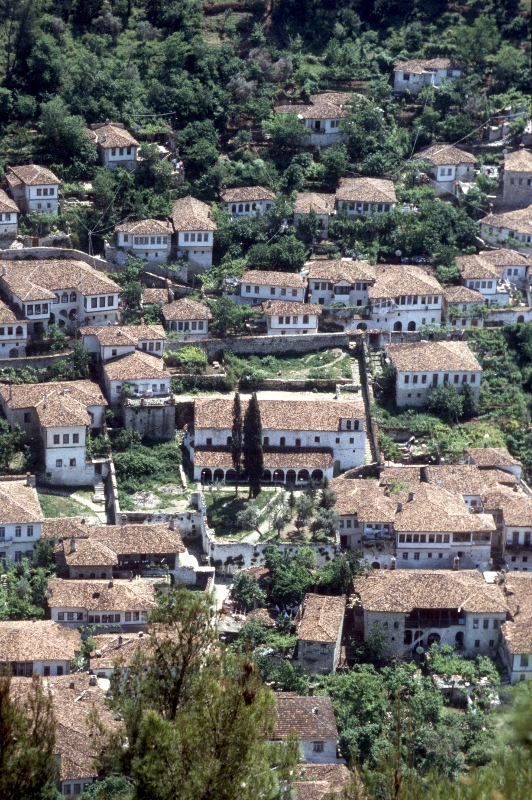 view from the citadel