the Albanian Riviera the Corfu excursion 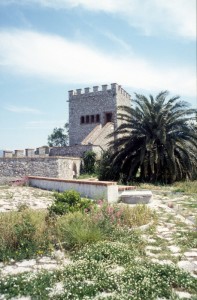 the Venetian tower at the entrance of the Butrint complex

All the way to the south of Albania, near the Greek border, is Butrint, an Illyrian, then Greek and then Roman town with origins in the 7th Century BC. A UNESCO World Heritage Site, is was long on the organisation’s endangered sites list, because in the Albania of the 1990s not much was protected.

The site contains a Roman theatre, the remains of a temple, and other houses from antiquity. Decorative details include inlaid roofs of niches in some of the buildings, and Roman floor mosaics can be ‘unearthed’ by removing a thick layer of sand and plastic (which needs to be put back afterwards, of course!). The largest structure is an early Christian basilica or baptistery, roofless by now, but still impressive in it size. At the entrance stands a more recent building, the square Venitian tower, from when Butrint was part of the Republic of Venetia in the Middle Ages, before being incorporated in the Ottoman Empire.

In the days we visited Butrint, time after time more stuff had disappeared, like in Apollonia, but apparently things have improved now, and the site is much better managed, to the extent that UNESCO even took it off its endangered sites list. 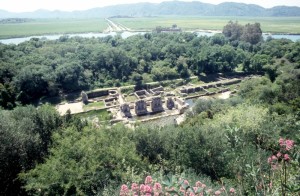 view of the ruins, from the hill top 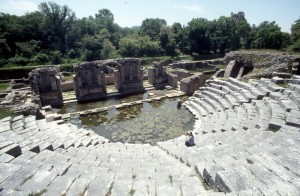 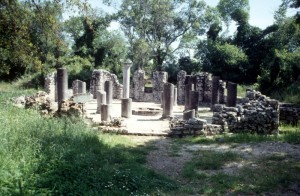 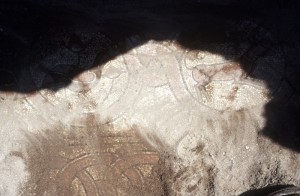 mosaics on the floor, protected by sand 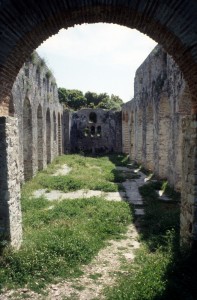 entrance to the basilica 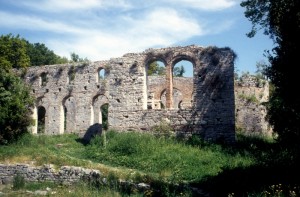 the basilica of Butrint 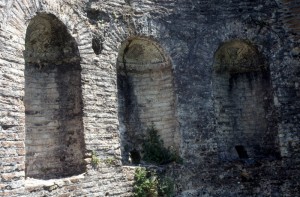 inlaid niches in the basilica walls 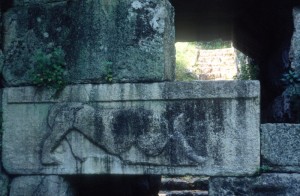 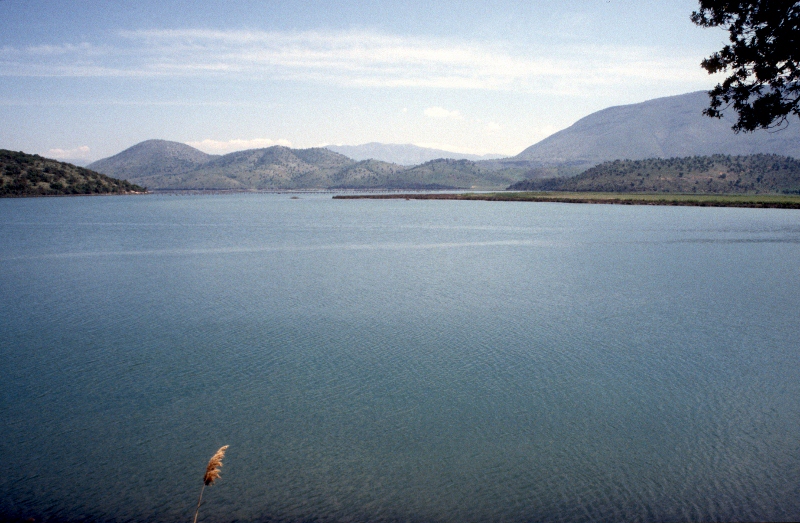 Butrint is situated at the shore of a large, shallow lake