Of food and drink and international trade the Albanian oil fields 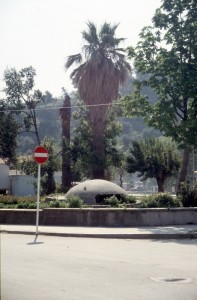 the ever-present bunker: here a city bunker in Vlore

The one thing no visitor to Albania will ever forget, are the bunkers, small or slightly larger, concrete, round pillbox bunkers that dot the countryside, at every remotely strategic location. There are over 700,000 of them, built under the rule of Enver Hoxha. 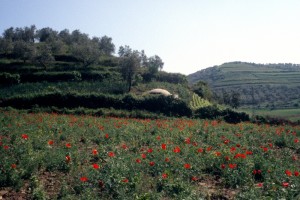 Hoxha managed to isolate Albania as a country, by straining relations with not only the surrounding countries, but also with each and every world power. He told Albanians that they lived in paradise, and that they had to protect the country against the perceived Soviet-American invasion. So individual citizens were trained from the age of 12 onwards, to grab a gun and occupy a bunker near them as soon as the invasion came. Never mind that the military value of the bunkerisation is questionable, to say the least, and that the cost of building all those bunkers could have turned Albania into something a little less far removed from paradise had the money gone into public housing instead. 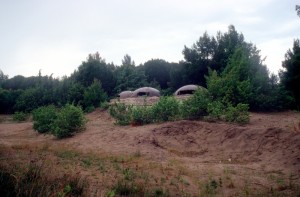 a group of bunkers in the Divjake-Karavasta National Park

You’ll find the bunkers everywhere. Along the beach, at intersections – driving an unsurfaced road behind Mount Daiti, near Tirana, I came to a junction, with an even less surfaced road, and sure enough, in every corner were one or two pillbox bunkers, with a larger command bunker on the side. There is, crossing the mountains from Sarande at the south coast land inwards, a spectacular view of row after row of bunkers defending the valley that leads to Greece. 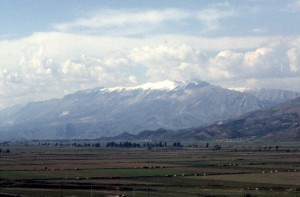 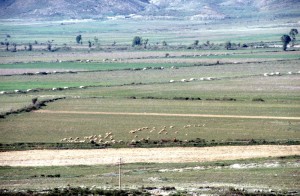 same rows of bunkers, in groups of three or four

And you will be finding bunkers for the foreseeable future, because they are really difficult to get rid of. So Albanians make the best of them, turning them into something of a national symbol, instead. 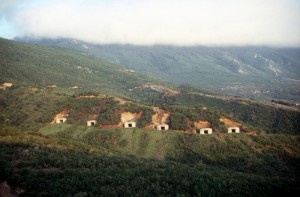 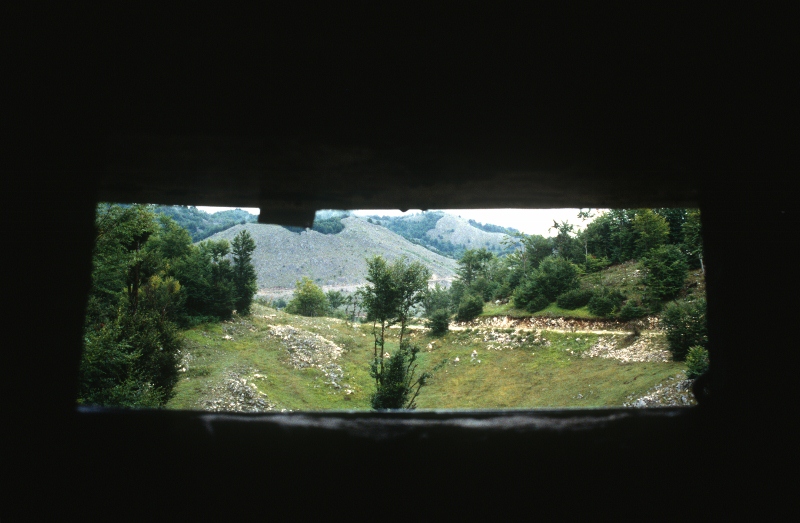 this is how the world looks from inside a bunker

One Response to The bunkers