Tirana Of food and drink and international trade 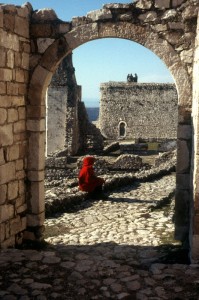 the citadel of the Kruja Castle

Kruja was were Albania’s national hero Skanderbeg had his castle. The citadel, an impressive structure built on a rocky outcrop high above the surrounding lowland, is visible from afar, and as it is relatively close to Tirana, made for an attractive day trip with visitors. 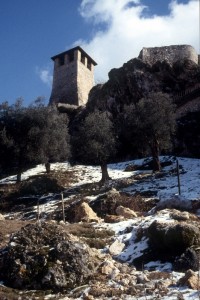 the citadel of Kruja Castle

Perhaps also because of its vicinity to Tirana, the Kruja citadel was the only place where some minimal form of tourist industry was apparent, in the 1990s. A few merchants sold Albanian carpets, which were exposed along the access road to the citadel. Much of the castle has been restored, but not disturbingly so. From the top, there is a good view over the countryside below, and towards the higher mountains to the east. 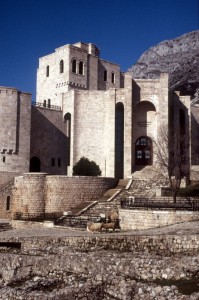 entrance to the castle 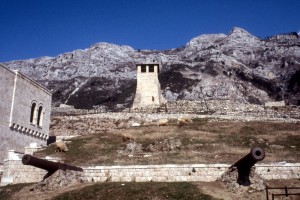 defense structures at the citadel 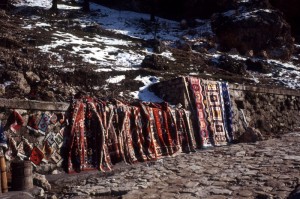 Albanian carpets for sale along the access road to the castle 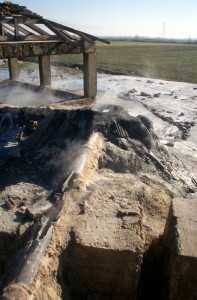 the pipes aren’t anymore what they used to be 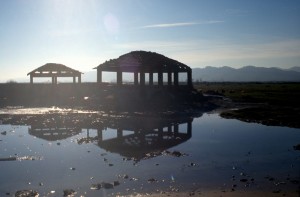 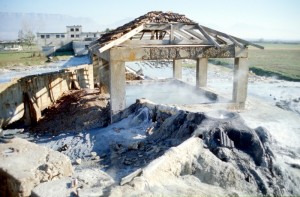 Not too far away from 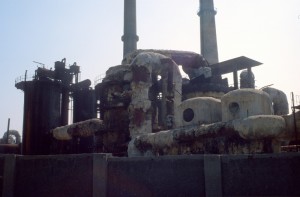 the sulphur factory in the vicinity of the spa, also not working anymore

Kruja, and not in any of the tourist guides I had available at the time (and I doubt whether that has changed by now), was a disused sulphur plant, and a little further on, the former spa, where the communist leaders of the country came to rest their tired bones in hot mineral baths. It is an unreal experience, just to wander around this derelict complex, which despite its very basic set-up must have represented the ultimate luxury in Hoxha’s Albanian paradise – it makes you wonder if the power brokers perhaps also believed in the Great Lie. 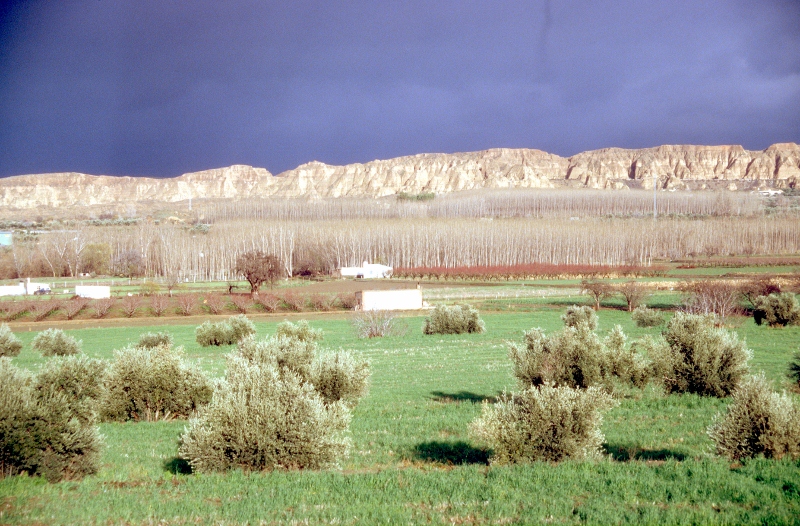 the country side north of Tirana