Byllis the trip to Tropoja 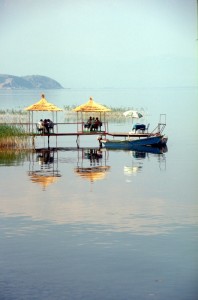 bar-bufet terrace over the Lake Ohrid

Part of the border with Macedonia, in the east of Albania, is formed by one of the deepest lakes of Europe, Lake Ohrid. Besides its depth, well over 800 meters, the other defining feature is the occurrence of the Koran fish, a delicious kind of salmon-trout that is only found here, and in Lake Baikal in Russia. The fish is sold in the many bar-bufets, that have sprouted up along the lake shore.

Lin, a small village at the lake, has another touristic highlight in the form of an old basilica, possibly originating from the 6th Century, with mosaics on the floor. But even without the church, Lin is worth a visit, with its unhurried, almost medieval atmosphere, wooden and stone houses, its balconies, and its streets covered with grapes – we visited in September, and the vines were full and heavy, time to start making raki. 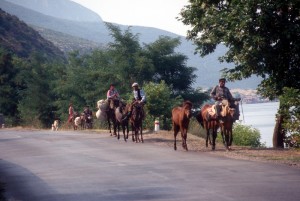 horses along the lake side road 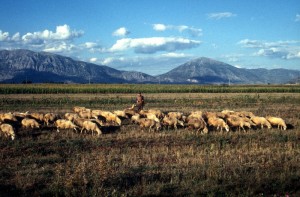 sheep in the late afternoon 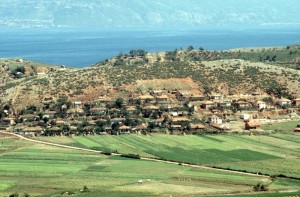 Lin village, with Lake Ohrid in the back 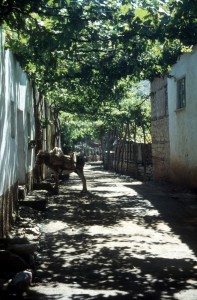 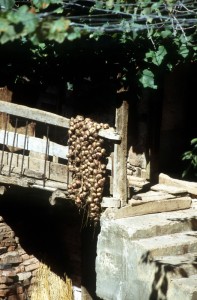 garlics at a balcony verandah, covered by grapes 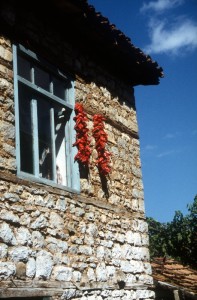 the Lin basilica, ot what remains 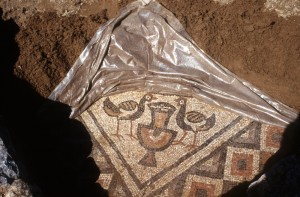 bright mosaics in the Lin basilica

A little further is Korca, a relatively large town in the east of the country, and dubbed ‘the Paris of Albania’. The comparison is no match – no match for Paris, that is -, and the only thing in common is that Korca also has a school that teaches in French, and apparently kept doing so throughout communist times; perhaps the fact that Enver Hoxha was both a pupil and a teacher here, once, may have something to do with this. 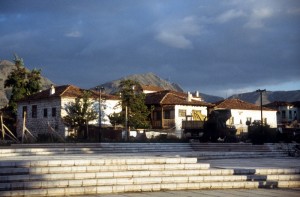 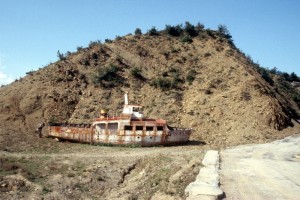 a stranded boat, from the days the water level in the lake behind the hydroelectric dam in the Devoll river was much higher

Korca itself is not particularly interesting, but driving back to Tirana, through the valley of the Devoll River, is one of the most delightful trips I have done in Albania. 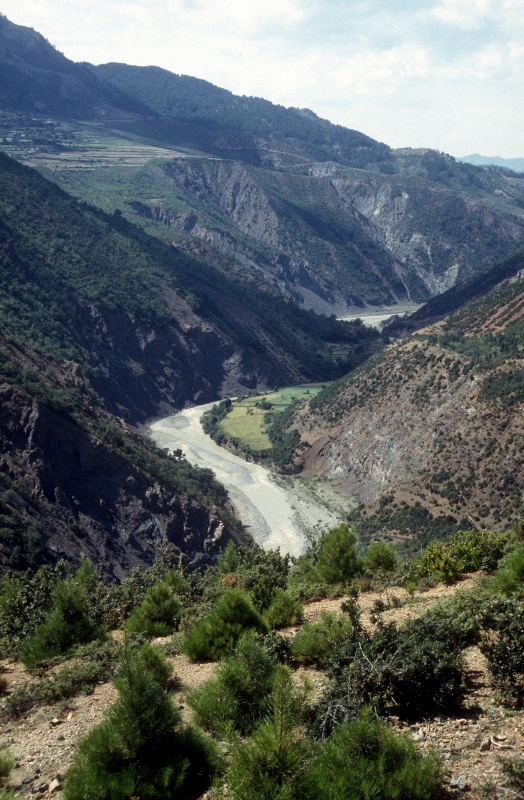 the valley of the Devoll River