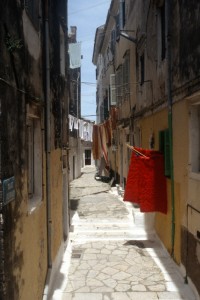 I wrote about the human trafficking, an important element of the early economic model of Albania. Perhaps equally important was the diaspora, and then foremost that of the Albanians living and working in Greece. Although Continental Greece was easiest to reach, there was also Corfu, a Greek island just 2-3 km from the Albanian shore, a swimmable distance for many. We ourselves, we did a daytrip, up and down, by more comfortable ferry from Sarande.

Being so close, Corfu did have an irresistible attraction to the Albanians of the South. Not everybody swam, many crossed by small boat at night, and managed to get ashore despite vigilant coast guards. Most of the Albanians were, sooner or later, caught again, of course, inevitable on such a small island, and were put back on the ferry, the same boat we took. It is unclear for what purpose they were sent back, as all of them vowed to try it again, tonight already. 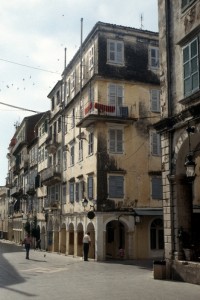 A Karkira building, quite different from the Albanian apartment blocks 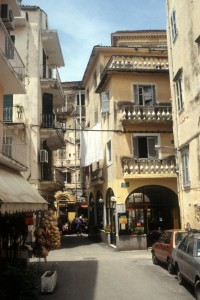 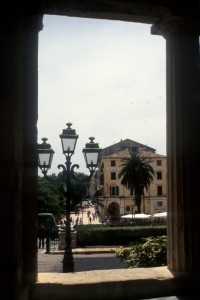 view of the town square 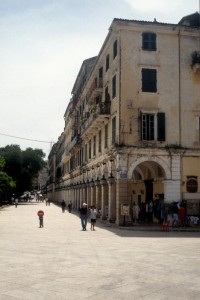 stately buildings with a gallery line the main square

From the tourist perspective, Curfu was actually an incredible contrast to Albania, so nearby. From Sarande at night, a pretty dark place even without a power cut, one saw the bright lights of Corfu a short distance away. Arriving in Kerkira, Corfu’s main town, one stepped into a different world, of elegant harbour fronts, avenues and boulevards, even though a closer look at some of the buildings revealed quite some deferred maintenance. Like Albania, many shops and terraces, but of a different standard, a much larger collection, and more variety. Nice for the day. 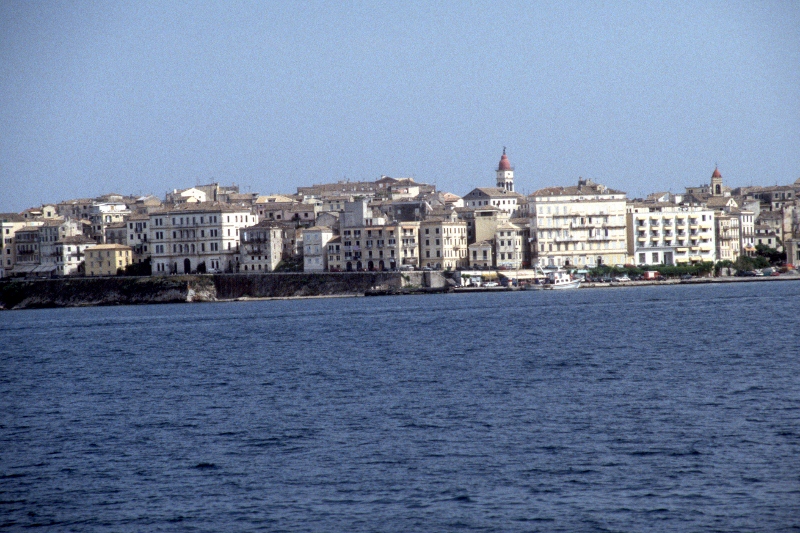 the boulevard of Kerkira