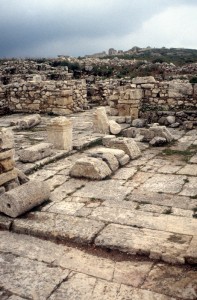 The ruins of another Roman town, with the remains of several early churches, could be found high up the hills near the town of Ballshi, along the Vjose River. A bad road, 4WD only, led up to the complex.

Although not as impressive as Apollonia or Butrint, Byllis’ heyday was roughly at the same time, when the original fortress that controlled the traffic along the river was expanded to include a Roman town. Of the early Christian churches, of which there are several on the site, mostly no more than the floor plan remains. 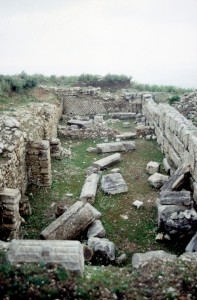 remains of a church, perhaps 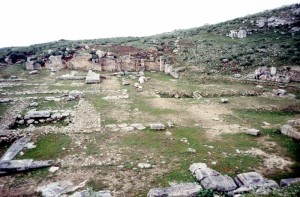 the excavated part of the Byllis fortress and town 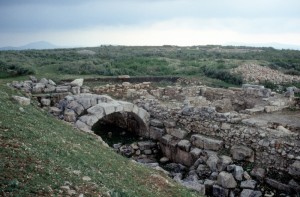 further ruins, including arches over a subsurface room 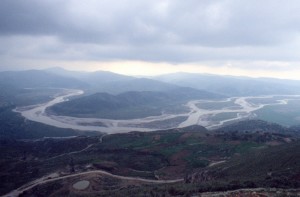 the commanding view over the river valley, from the Byllis site 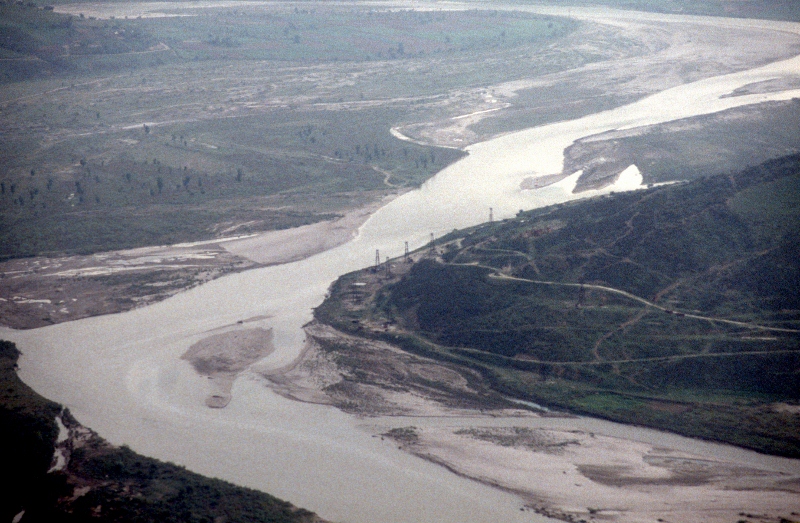 on closer inspection, there is an oil field in the river bend