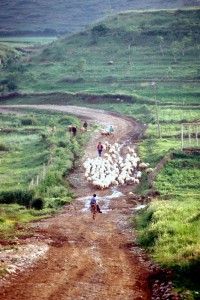 sheep moving through the Albanian countryside

Albania is a relatively small country, smaller than The Netherlands, for instance. It is also relatively sparsely populated, with few urban centres, and most people living in the countryside, either on the coastal plains in the west or in the mountains towards the east. And a countryside it was, in the mid 1990s! 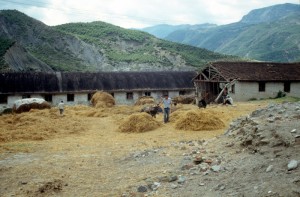 remnant of collective farm, from the communist era

Although during communist times occasionally large scale agriculture was attempted, most people were occupied with extremely small-scale farming: a small piece of land, or a few sheep, or a cow. Transport was by donkey, or sometimes by horse. Cars didn’t exist yet, they were the realm of the townsfolk, and of the criminal elite – which tended to flock to the towns, too. Whatever motorised stock was available, looked very old indeed, and judging from Chinese characters on the trucks, may have been from well before 1978, when contact with China was severed. 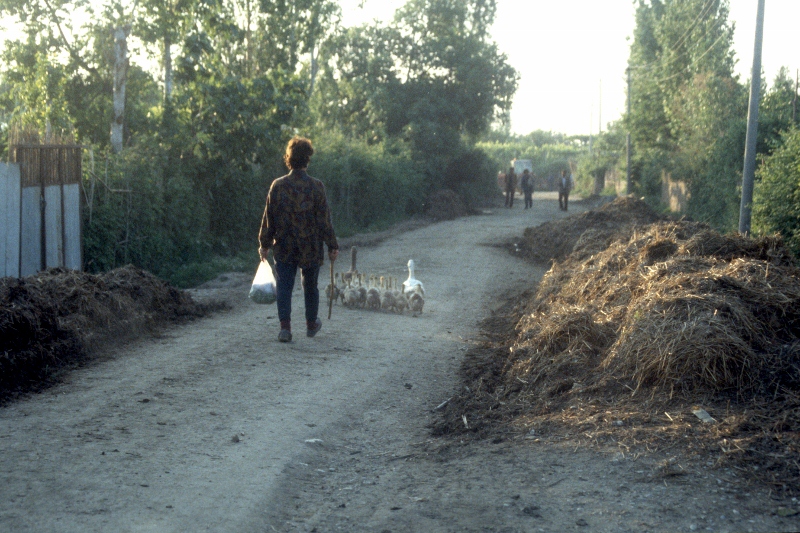 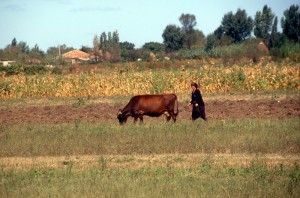 Albanian woman with her cow 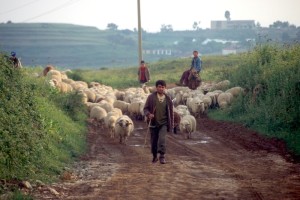 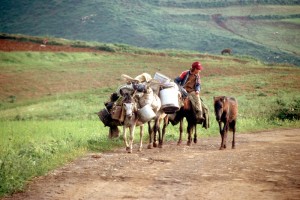 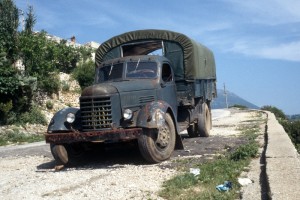 the only available transport in the countryside 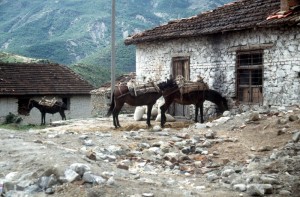 horses in front of a village house

The only exception was in the houses. Although in some of the villages houses were quite simple, built from rock boulders, mostly the country houses were relatively well-constructed, large and square, two floors, solid. 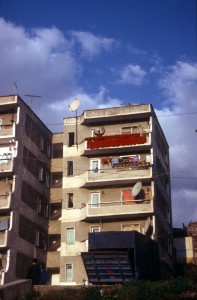 palatis in Kavaja, a rural town in coastal Albania 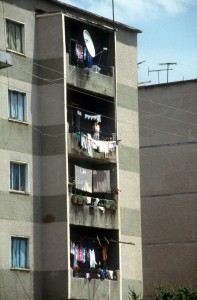 palati in the small town of Belsh

In smaller towns, an attempt had been made to provide ‘modern’ housing, often in the form of the infamous palatis – 4 to 5 story apartment blocks, cheap to construct and low enough not to have to install a lift, and with individual houses so small that with a family of four you didn’t notice you had no other possessions than the absolute minimum, because the house was full. What it didn’t hide, of course, was that Albania had suffered for years from a chronic shortage of decent housing, but you cannot win them all, can you? It is either houses or bunkers. 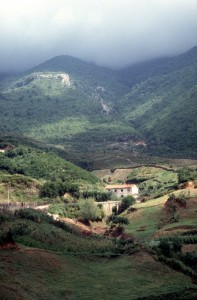 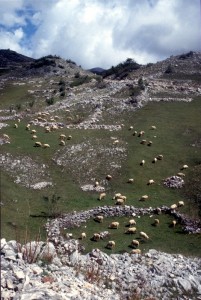 sheep in the mountains behind Tirana 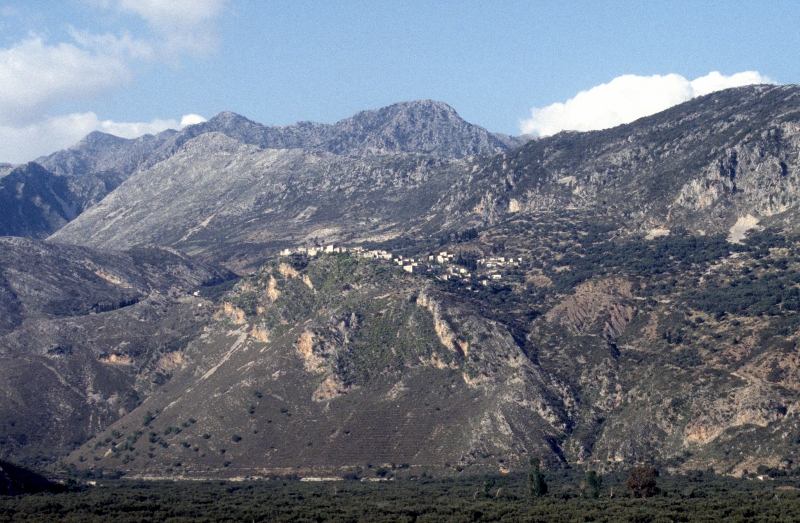 village high up in the mountains