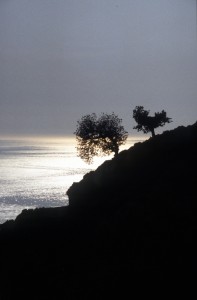 sunset along the Adriatic coast, the Albanian Riviera

Being positioned along the Mediterranean, or more precisely, the Adriatic Sea, Albania has a beautiful coastline, which, however, is far less developed than most other Mediterranean countries. Not only less developed, also less accessible. 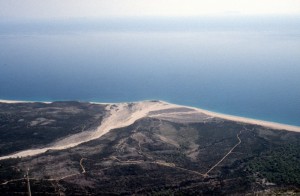 a small delta reaching the sea near Llogara 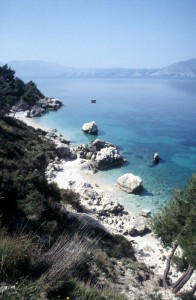 the Adriatic coast near Vlore 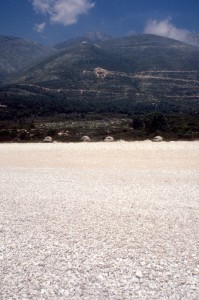 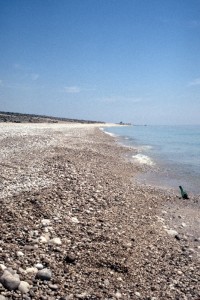 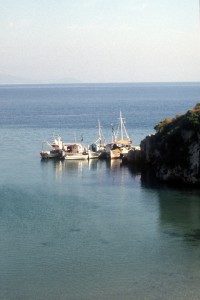 Near the main population centres the beaches are popular, Durres being the most obvious example, at some 20-30 minutes drive from Tirana. Albanians do enjoy the sea side, but they tend to cluster, all together, at a few spots – not unlike people at most other beaches in the world. However, in the 1990s there were very few facilities at the beaches, except the ubiquitous bar-bufets I have mentioned before. Neither did Albanians care much about their fellow citizens, or about the environment, for that matter, which resulted in enormous amounts of rubbish left at the end of the day, and accumulating as long as there was no spring tide to take it away (and dump it somewhere else along the coast, of course). The notion that they ruined it not only for others, but also for themselves, in the longer term, did not occur. 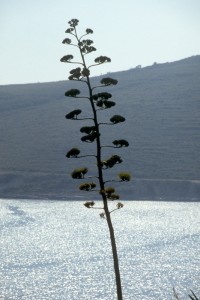 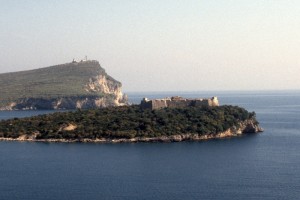 Crusader fort on a island off the Himara coast 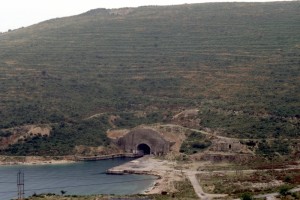 Further south population was sparse, with many Albanians having left for Greece, and beaches were either relatively quiet, like near Vlore and Sarande, or totally abandoned, like everywhere in between. But steep mountains and few roads meant that the beaches, some of them fabulously isolated and secluded, were not always easily reachable; once again, a 4WD vehicle was helpful, if not a necessity. 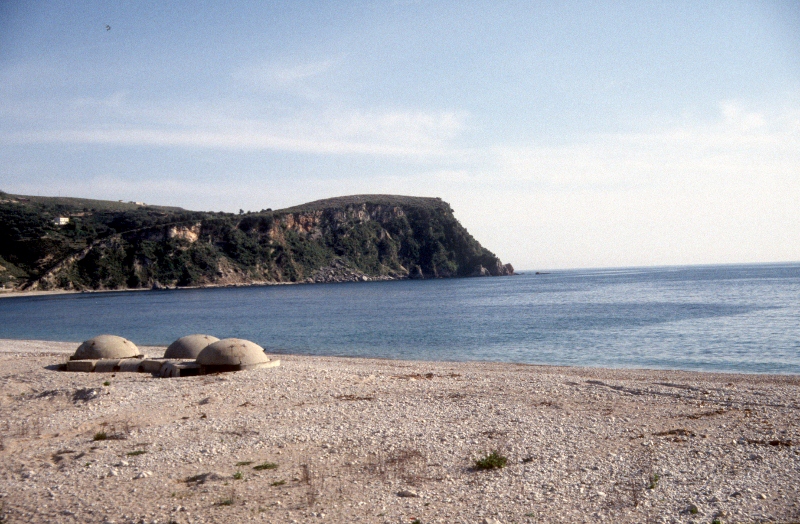 the beach south of Himara, with view of the peninsula