the facade of the so-called bouleuterion, a council building, in Apollonia

South of the Divjake are the ruins of the Greek and Roman city of Apollonia, or what is left of it in the free-for-all atmosphere of post-communist Albania. Every time we visited the local museum, more of the collection had disappeared and there was less to admire. 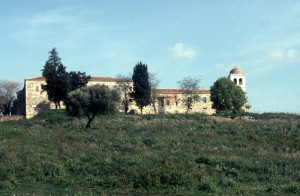 the monastery and museum in Apollonia

Apparently, Apollonia was established by the Corinthians in the 6th Century BC, as a trading post along a river and close to the coast. As so many cities, the town turned Roman after a while, partly by having been conquered and partly by choice. By 450 AD it had lost its appeal, because of the silting up of the river, and the power, together with the population, moved south to the city of what is today Vlore. 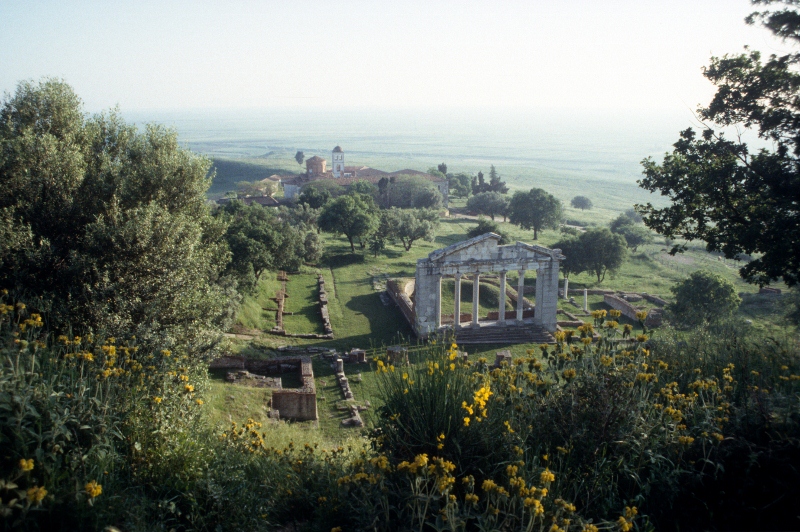 the Roman remains of the Apollonia site 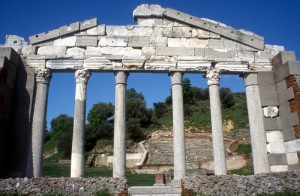 the marble pillars of the restored facade of the bouleuterion 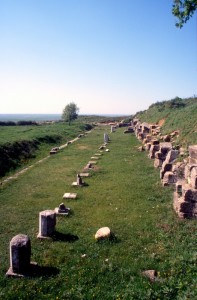 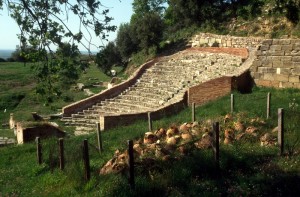 It was estimated that, officially, only some 10% had been excavated by the mid 1990s, but from the coins and shards and other original-looking artefacts that were being offered by locals, plenty of the remaining treasure had already been found. The site, on a hill overlooking the coastal plains, contains a completely ransacked acropolis – as part of the military preparations against the Soviet-American invasion anticipated under Hohxa -, a theatre, a court and the most defining image of Albanian antiquity, the elegant facade of the bouleuterion, a council building from the Hellenistic period, with its Corithians columns. 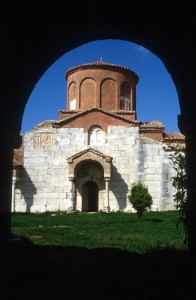 the Byzantine church of Apollonia 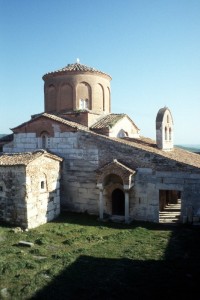 the small church inside the monastery complex 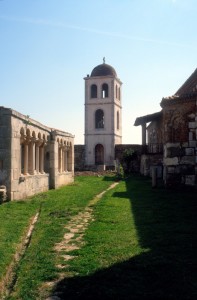 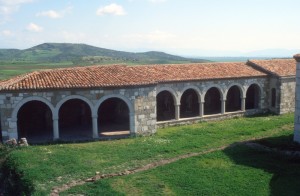 the covered galley of the monastery 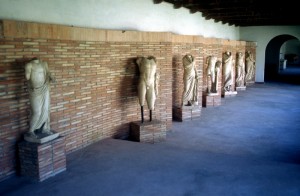 inside the gallery, some of the museum’s larger statues remain

The other main structure on the site is the museum I already mentioned, which is housed in a 13th Century monastery and church of Saint Mary. The building itself is an impressive Byzantine building, although unfortunately most of it was closed, apparently because much of the collection had been ‘transferred to the National Museum in Tirana’ – the same museum that had been closed longer than we had been living in Albania. From the artefacts that were present in Apollonia, fewer and fewer were on display each time we returned, many must have disappeared over the years. 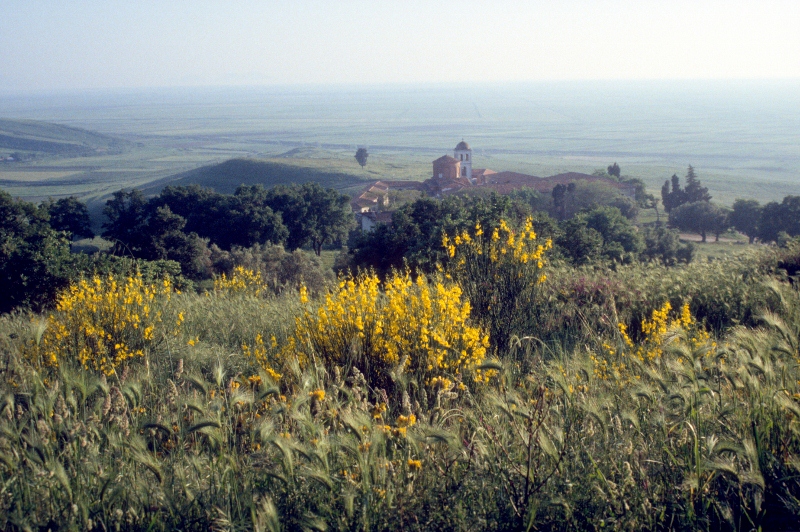 overview of the Apollonia complex, from the acropolis