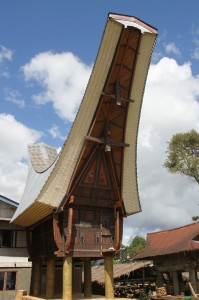 modern rice barn, quite a structure to store food stuffs

Traditional Tana Toraja houses nearest to the center of Rantepao

Near the Bole Market, on the other side of the Sa’dan River, is Bole village, a collection of communities with traditional houses, the tongkonans. Many of the houses here are new, an obvious sign of wealth, as it must be quite pricey to build those tall-shaped houses, with their characteristic saddle-shaped roofs. The houses are accompanied by rice barns, opposite – some of which are, in fact, quite a bit older, suggesting that at least some of the new houses may have been refurbishments of older structures. 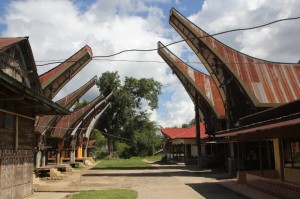 one of the compounds, with both normal houses and tongkonans 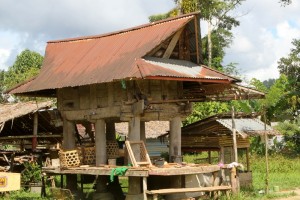 not all the buildings are new, this is a rather old rice barn 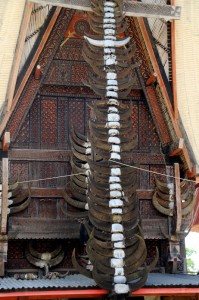 as so often, wealth is measured by the number of buffalo horns stuck onto the house 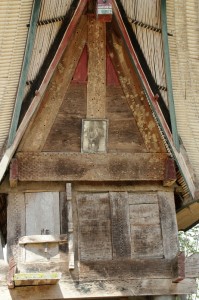 front of another old rice barn, the owner being honoured through an equally old black-and-white photo 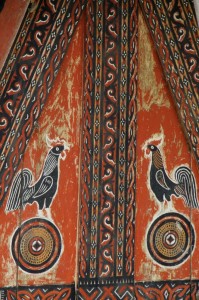 the common theme here too is, as so often, cocks 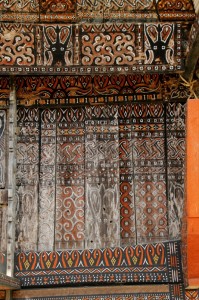 Along the road, Jalan Sa’dan, are several of those compounds, each with around eight or ten houses, approximately half of them tongkonans. Nobody seems to be bothered by tourists walking inside, looking around and taking photos.

The next village on the virtual tour is Marante (or jump directly to Batutumango, in the mountains).