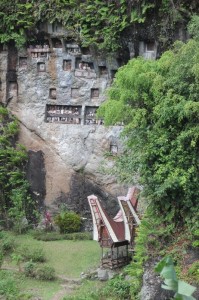 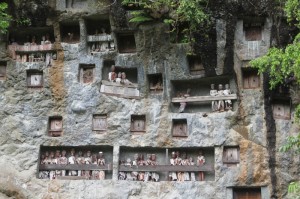 overview of the tau tau balconies

Another popular tourist destination in Lemo, where scores of tau tau – wooden effigies of the deceased -, all neatly arranged on various balconies, stare out over the rice paddies, from high up the rock face. Where a few tau tau are normally accompanying many tombs, here it seems the other way around, the focus is on tau tau, with the occasional mausoleum bored into the rock in between the balconies. 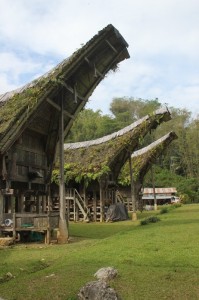 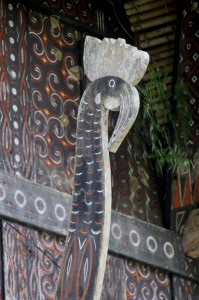 wooden cock adorning the front of a tongkonan 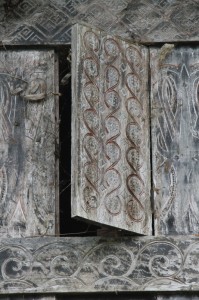 It does provide a wonderful scene, though, quite special.

The village itself, a small compound, it nice because of the rather old houses, thatched roofs and the lot, nowadays a pretty rare sight.

Further south are the much less visited, but even more spectacular burial sites Suaya, Tampangallo and Kambira. 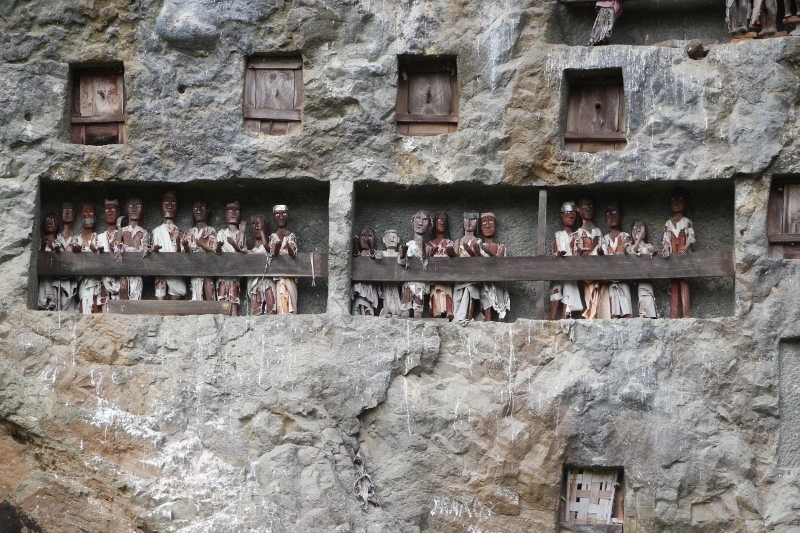 one of the busiest balconies