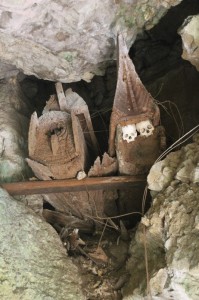 Chilling, but spectacular burial site in a natural cave 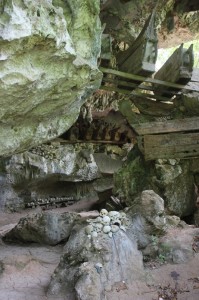 entrance to the cave in Tampangallo

Perhaps the most spectacular burial site in entire Tana Toraja is Tampangallo, south of Rantepao, in between Suaya and Kambira. Quite unprepared for what is coming, you walk into some peacefully green rice paddies, in between pink flowers, only to be confronted with a stack of skulls at the entrance of the natural cave, that has been turned into a burial ground. 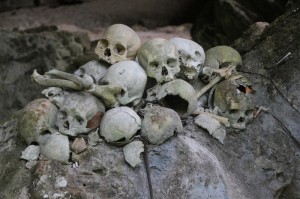 this is the welcoming pile, in more detail

Inside the cave, you don’t know where to look first. Apart from the skulls, not only at the entrance, but put in natural niches, or stacked in a row at the end of the cave, there are coffins in various stages of decay, high up on wooden frames or rock ledges, or in pieces on the cave floor. Several of the coffins are accompanied by balconies of tau tau, the wooden effigies of the deceased, with colourful cloths bringing some colour in the otherwise grey, and pretty somber, cave. 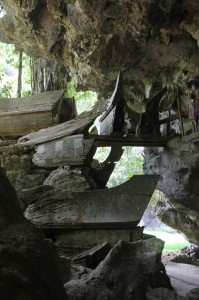 coffins on wooden frames, and on ledges 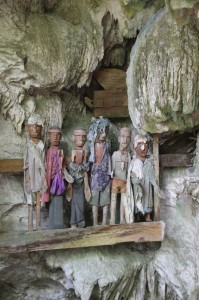 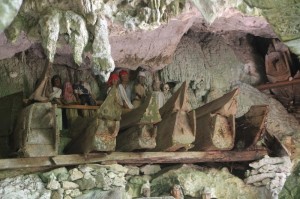 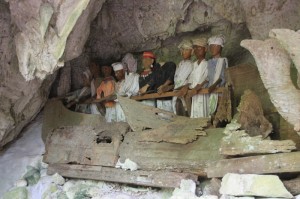 another row of tau tau

Outside, flowers and dragon flies provide even more of the colour that is missing in the cave. A chilling experience, but not to be missed, despite having to make a little more effort in terms of travel time. Over-touristic Londa, that other cave site, is but a poor version of almost abandoned Tampangallo. 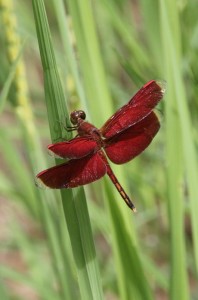 and outside the cave, an explosion of colours again 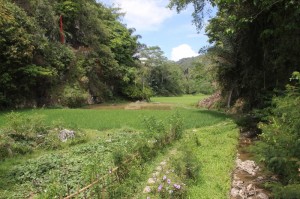 the small stream and valley next to the Tampangallo cave

The next, and last site described, is Kambira, with its baby graves in trees. 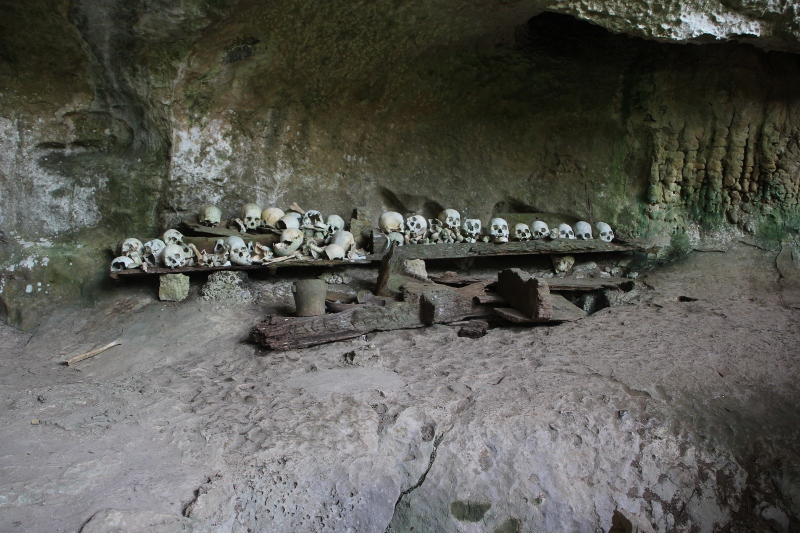 row of skulls at the back of the cave