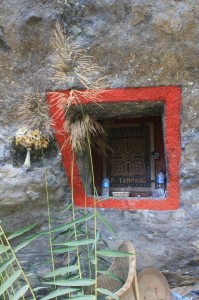 rock-hewn grave in the rocks outside Lokomata

Wealthy village with a spectacular rock face, full of carved out mausoleums

Lokomata’s claim to fame is its huge rock face just before the village, in which over sixty mausoleums have been carved. An impressive sight, especially realizing that the higher chambers can only be reached on flimsy bamboo structures that have been placed against the rock. Many of the graves have been elaborately decorated, and contain photos of the deceased, as well as (plastic) flowers, bottles and lots of other things – the Toraja believe that goods can be taken to the afterworld, and the more are being offered, the easier the passage will be. Other graves seem to have been abandoned long ago. Tau tau – effigies of the dead – accompany some of the graves.

In front of the rock, further wooden tombs have been erected, and a little to the side is the largest tomb of all, in between the bamboo groves. 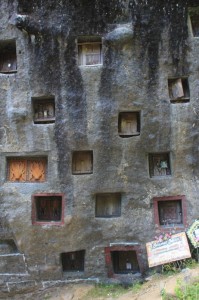 the rock of Lokomata, full of mausoleums 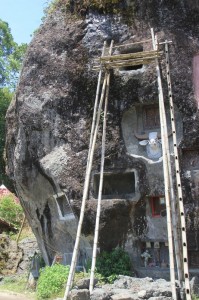 access to the higher mausoleums is by bamboo structure 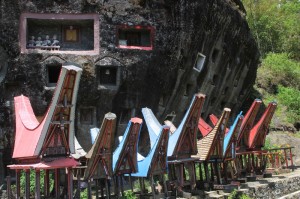 in front of the rock several wooden tombs have been erected 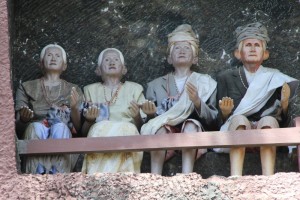 some of the graves have been adorned with tau tau, look-alike wooden effigies 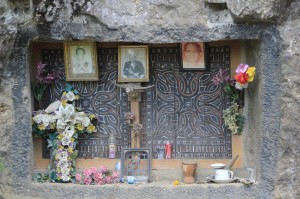 others have been richly provided with goodies for underway, and flowers 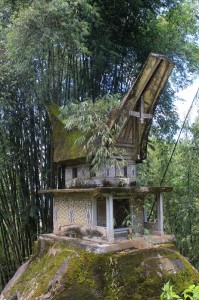 the tomb of a previous village eldest, perhaps, set aside in a bamboo grove 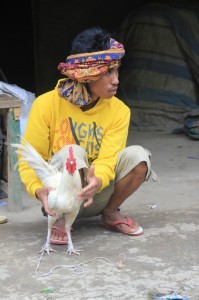 a man and his fighting cock 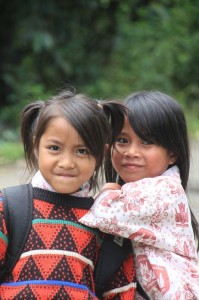 The village itself is one of the neatest I have seen, well maintained houses and rice barns, flowers, no signs of rubbish. Funny enough, the tongkonans are also packed with buffalo horns, on the front pole and along the side of the house, indicating a very wealthy family. 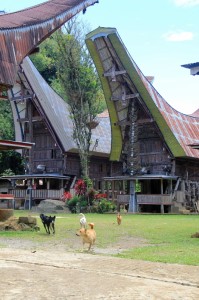 the village of Lokomata, neat and clean 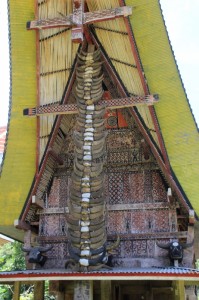 the front of one of the tongkonans

From here, backtrack to Pana (or jump to Londa and Lemo, burial sites south of Rantepao). 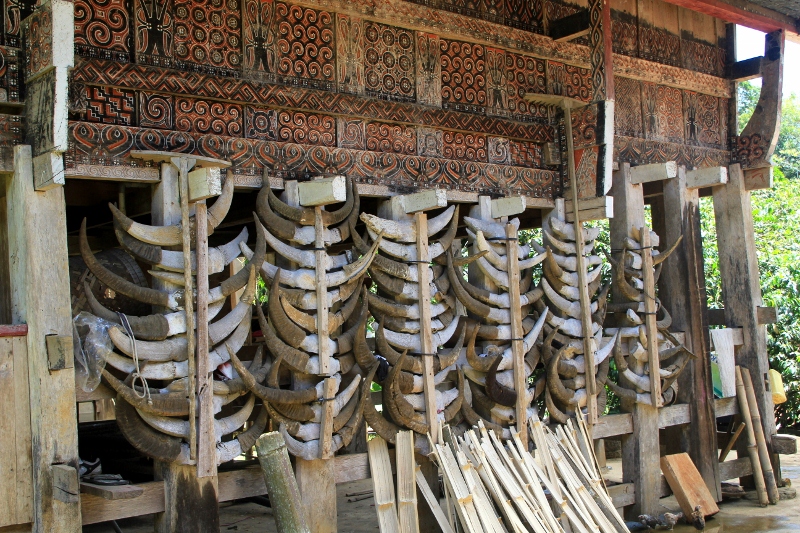 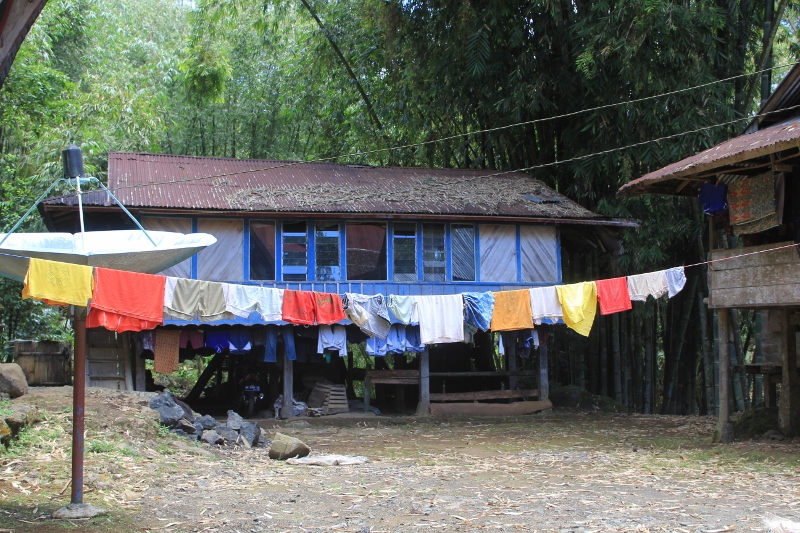 not all the houses are of the traditional sort