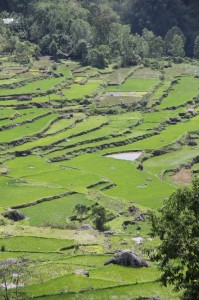 Even if Batutumonga itself is not the most interesting of villages, the drive alone, from Rantepao high up into the mountains, is already worth the effort, providing fabulous views. Most public transport won’t go much further than Batutumonga, though, so from here it is walking. Which is pleasant enough, for instance to Lokomata, an hour or so further along the ridge, or downhill to Pana and back to Rantepao.

Batutumonga is a Toraja village on a mountain crest, overlooking extensive, rice-paddied valleys and slopes. There is a nice hotel along the road, just outside the village. In the immediate vicinity of Batutumonga are several compounds with traditional houses – tongkonans -, as well as burial sites. Quite a few of the houses appear pretty old, sporting thatched roofs. 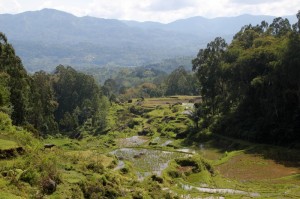 view along the road to Batutumonga 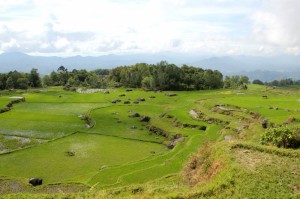 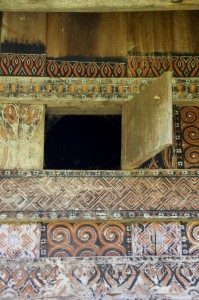 window in the front of a tongkonan 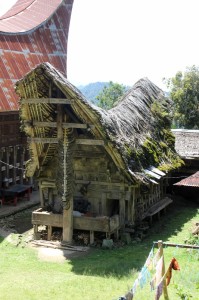 one of the old tongkonans; note the size difference with the newer one next to it 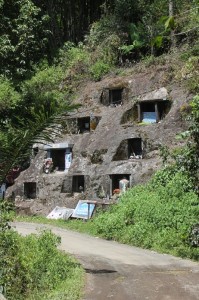 rock-hewn graves on the road past Batutumonga 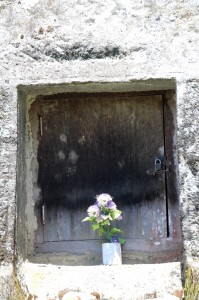 individual resting place in the rock

Next is the village and burial site of Lokomata (or jump straight to Londa and Lemo south of Rantepao). tau tau in front of the hotel in Batutumonga