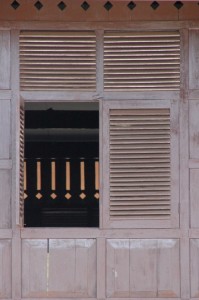 window in the wooden palace of the last sultan of Gowa

Makassar has always been the stronghold of Bugis, a trading and seafaring people that populated South Sulawesi. However, there were always more than one Bugis tribe claiming leadership, resulting in the usual conflicts. The old royal town of Gowa was the stronghold of the Eastern Bugis, and Gowa Tua – Old Gowa – was its spiritual centre. Until the Dutch took over. 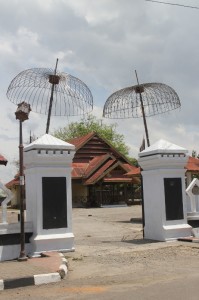 entrance to the Talamate cemetery 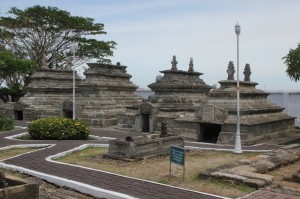 the tombs of Sultan Hasanuddin and his family

The most important of the Gowa dynasty was Sultan Hasanuddin. He died a year after he was forced to relinquish a significant amount power of the Gowa empire, thanks to meddling of the Dutch who aimed to control the spice trade, to which the Bugis in general, and Gowa in particular, were unwelcome competitors. Sultan Hasanuddin in buried in one of the tombs of the Talamate cemetery, a peaceful retreat just off the road south out of Makassar. 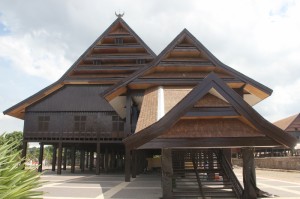 A little further south, in Sungguminasa, stands the palace of the Gowa sultans, who managed to continue their reign, however powerless, until the middle of the last century. The palace, Balla Lompoa, is a great example of Bugis architecture, built completely in wood. The building is used as a museum, a rather uninteresting one, but the real reason to come here is to marvel at the wooden construction, never mind that it is not older than 60 or 70 years. 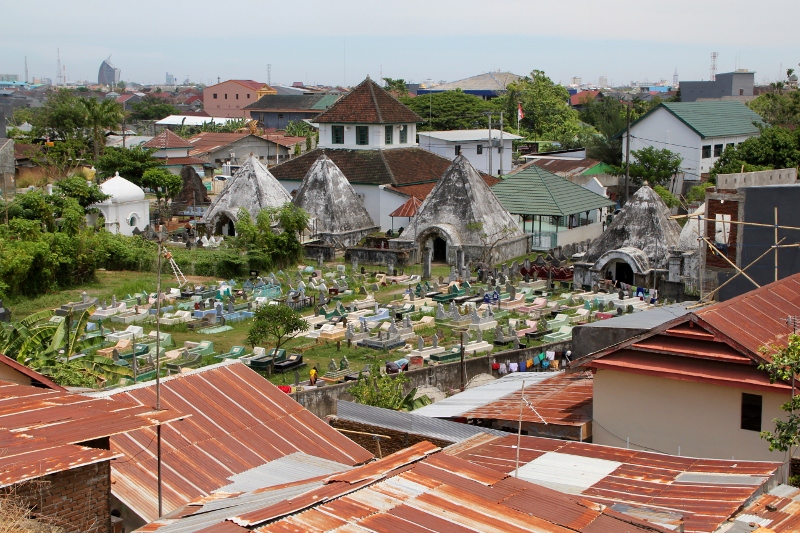 the modern cemetery, downhill from the Hasanuddin tombs