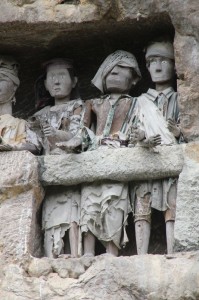 Rock face with multiple tau tau balconies and something resembling a museum. 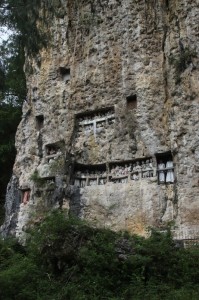 the rock face in Suaya

Further south, and much further from the main road, is Suaya, another site with rock-hewn mausoleums and multiple tau tau balconies. Because it is so much further away (half an hour drive, perhaps), and perhaps also because of the rather narrow road, unsuitable for larger touring cars, Suaya is a far more authentic site, much less touristic than, for instance, comparable Lemo.

A large rock face supports multiple burial caves, but, like in Lemo, the tau tau balconies seem to be more important. The wooden effigies are more expressive than in Lemo, more varied also, and best is that you have the place for yourself (unless too many people start reading this, of course). 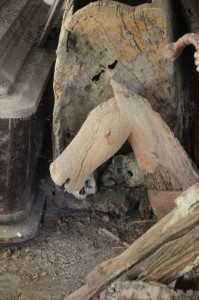 wooden sculptures and coffins in what I think is the museum 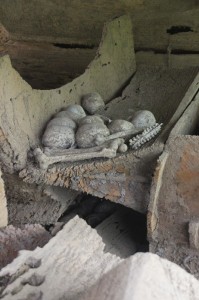 and split-open coffins in the same museum

A little away from the rock face is a wooden barn, possibly meant to be a museum, which is stuffed with wooden sculptures, as well as coffins, that have burst and spilled their contents of bones and skulls. The barn is closed, but through a broken window one can access the museum – where, however, one cannot turn left or right because the barn is packed full with things.

Close to Suaya are the spectacular burial cave of Tampangallo, and the baby graves of Kambira. 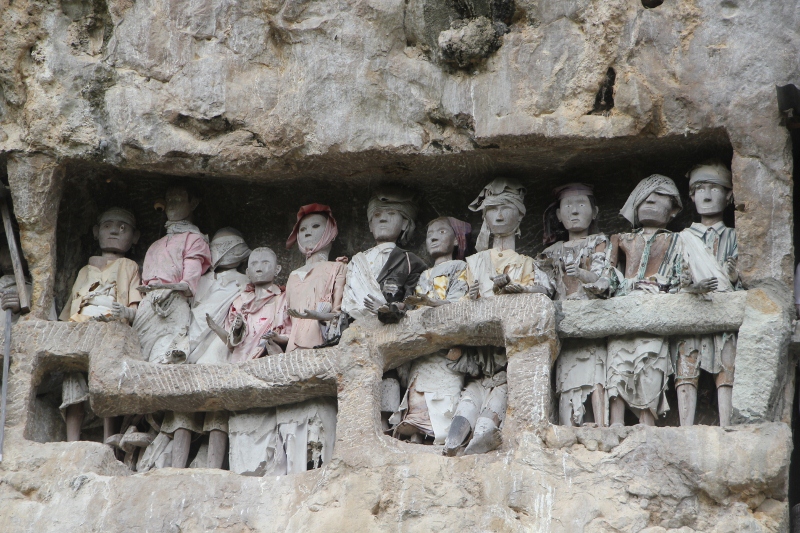 one of the balconies in detail