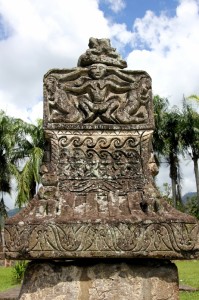 tomb cover in the Sawangan cemetery

Unique cemetery with upright tombs, from a pre-colonial era

Somewhere in between the city of Manado and the Tangkoko National Park is a village called Airmadidi, adjacent to which is the suburb, or sub-village, of Sewangan. Here the Minahasans – the original, local population – have collected the remaining upright stone sarcophagi that characterized their ancient culture, but were banned by the Dutch colonial power from the 18th Century onwards.

The cemetery is full of those tombs, transported from all over the area and neatly arranged in rows – probably less authentic, but never mind, the place is rather unique. See the blog entry of our 2013 Indonesia journey for more text and photos. 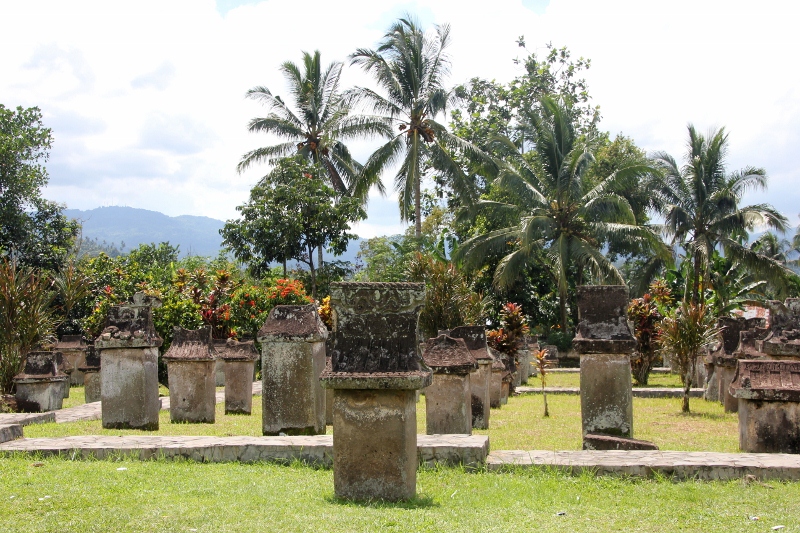