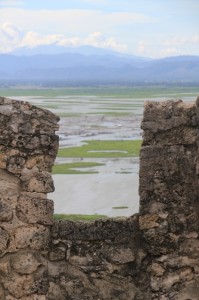 from the castle, one has a great view over Lake Limboto

The Portuguese hilltop fort Benteng Otanaha, with several round towers, provides a beautiful view over the shallow-water Lake Limboto

Outside Gorontalo is another colonial relict, but this time not Dutch. Benteng Otanaha (Otanaha Fort) was probably built by the Portuguese in the 16th Century, after one of their ships had found refuge in Gorontalo, from pirates, but according to local sources the castle was mostly used by the Gorontalo strongmen fighting the Dutch. Whatever the truth, the fort provides for a pleasant outing from the town. 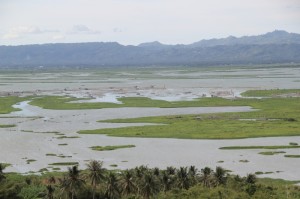 from the castle, one has a great view over Lake Limboto

There are still three towers recognizable as such, part of the hilltop structure, as well as a large enclosure on the inside.

From the fort one has a brilliant view over Danau Limboto, an ever-contracting shallow water lake at the foot of the castle. Large parts of the lake have been covered with stakes used by the fishermen to tie their nets and traps. 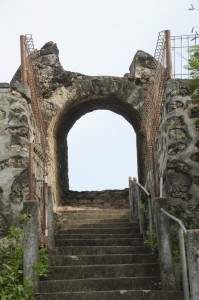 entry to the fort Benteng Otanaha, reached by stairs in the hill side 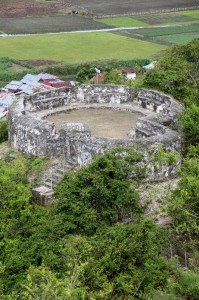 view of one of the smaller towers, from a higher one 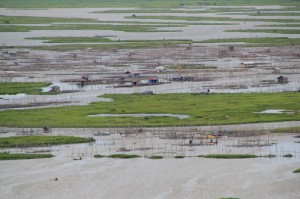 fishing stakes in the lake 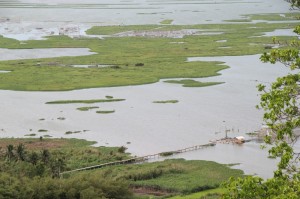 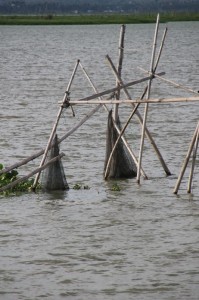 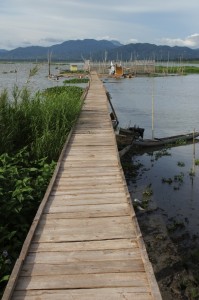 the jetty to one of the fishing huts 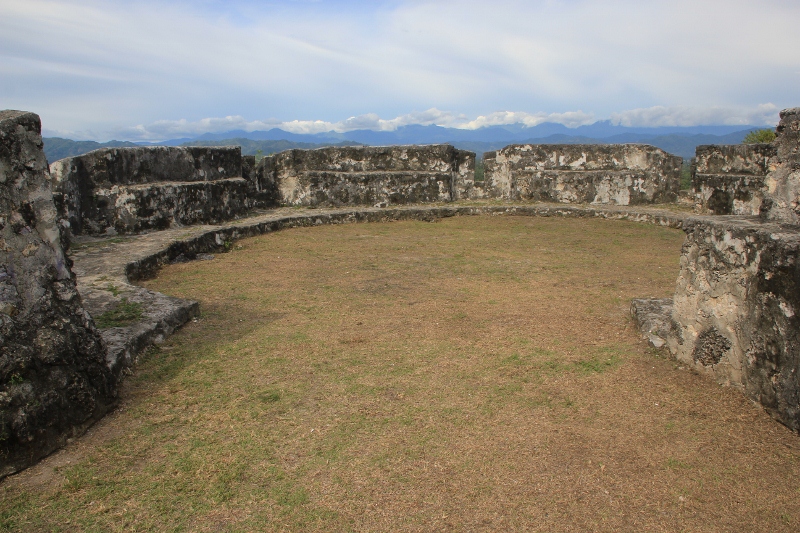 the biggest of the three towers