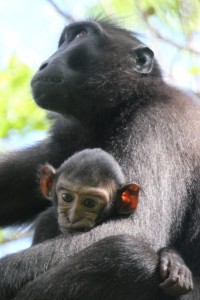 black macaque and baby in the Tangkoko National Park

National Park with few animals, but the ones you do see are just about worth the effort

The Tangkoko National Park (or Tangkoko-Batuangas-Dua Saudara NP, to give it its full name, after the three modest peaks in the park) is touted as one of the most accessible parks in Indonesia. And indeed, with a bit of ingenuity, one can reach the park comfortably, within a few hours from Manado or Tomohon. 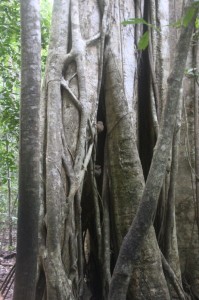 two tiny tarsiers in a tree 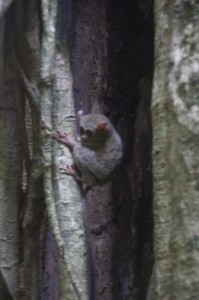 a tarsier, unfazed by the presence of people

The main attraction of the park are the tarsiers, tiny little primates – apparently the smallest in the world – with an incredible anatomy: retracting ears, heads that can turn 360o, and legs that can make them jump 10x their size. With a guide, they are easy to spot, because they apparently live in the same tree their entire life – and the guides know where these trees are. Don’t be surprised, however, if you have to move on after a while, because the next group of tourists is approaching: different guide but aiming for the same tree, same tarsiers. 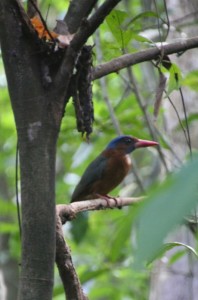 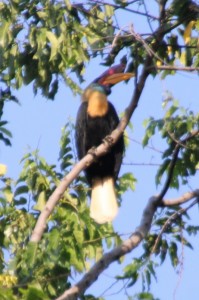 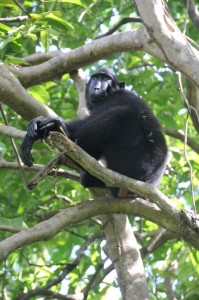 another black macaque relaxing in the tree 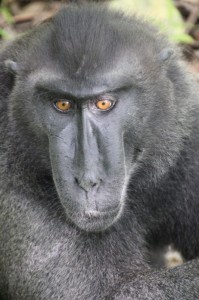 an alpha male, friendly observing the intruder with camera 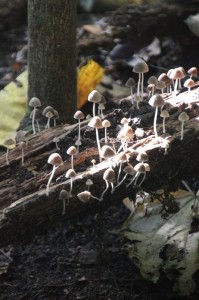 plenty mushrooms in the damp undergrowth 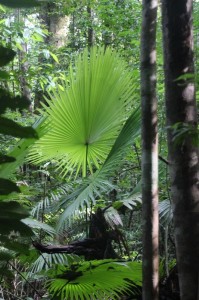 without animals, the park is also quite beautiful

The rest of the wildlife was somewhat disappointing, when we visited. Except for a group of black macaque monkeys, always fun to watch, we encountered a hornbill, high up in the trees, a kingfisher, far away in the trees, and a small green snake, the only animal we saw real close, to close for comfort in fact. But walking the park for a few hours, as long as you have little expectation of seeing animals, is nice enough. Except on a Sundays, when the guards seem to let in everybody, with cars, motorbikes, stereos and picnics for a beach party, a rather disturbing experience for other park visitors, as well as, I imagine, for the permanent inhabitants of the park.

If you are staying near the park, do take a walk along the beach of Batuputih, the village near the park entry. Very peaceful, very colourful. 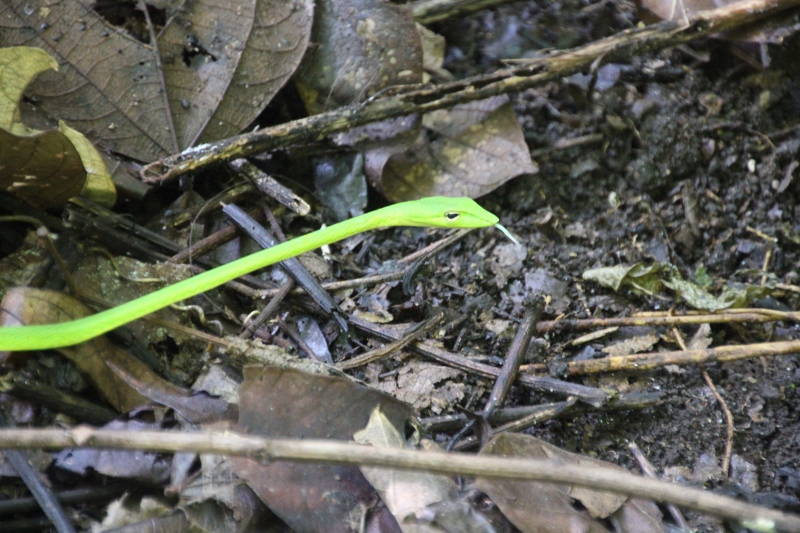