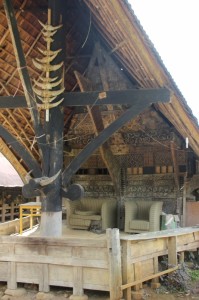 relatively modern addition to the verandah 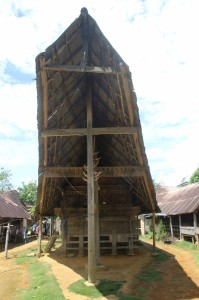 Village square, made up of visibly old, traditional houses 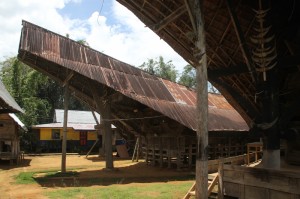 houses in the centre of the village

Tuson is another traditional village, close to Mamasa. The core of the village is a group of tall, and visibly old, houses standing next to each other, and opposite a series of rice barns. The houses are clearly being occupied, and on one of the verandahs two large comfi-chairs have been installed, possibly as old as the houses, but rather contrasting with the decoration.

Other settlements in the neighbourhood are Taupe, Loko and Tondok Bakaru. 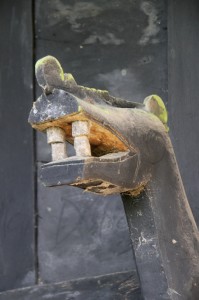 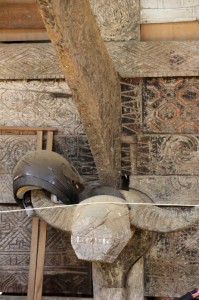 some of the decorations come in handy, in modern times 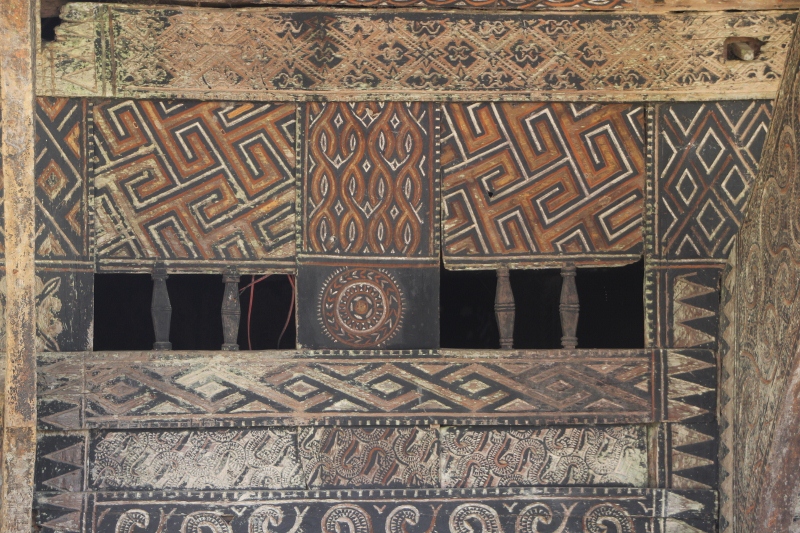 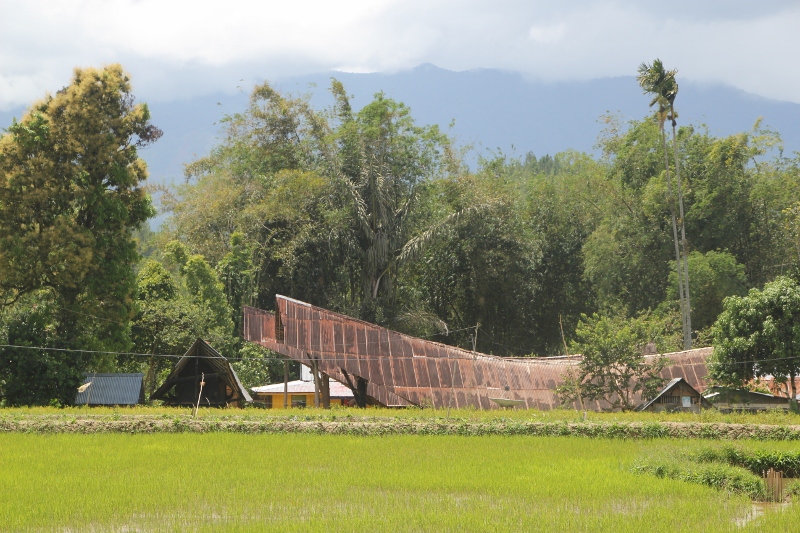 view of the village, from the road