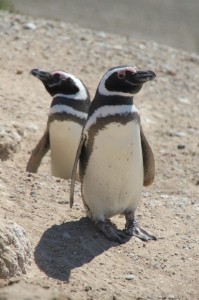 couple of penguins on the slope  Details

A great way of spending the day in Argentinean Patagonia is watching the penguin en sea lion colonies on Peninsula de Valdes, on the Atlantic Coast.

One of Argentina’s prime tourists spots is Peninsula de Valdes, along the Atlantic Coast of Patagonia. This is where sea lions and sea elephants, and thousands of small Magellan penguins congregate on the beaches, and where whales spent half of the year mating. 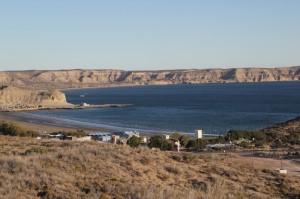 Most people visit for the day, with pre-arranged tours from larger towns further away, but there is one small settlement on the peninsula itself, the village of Puerto Piramides. Some two hundred regular inhabitants, plus a rather humble amount of tourists who populate the cabanas – the small holiday apartments. A few bars and restaurants, a few shops. All very low key, small-scale, very laid-back: a really pleasant environment for a relaxed few days enjoying the beach, combined with the occasional excursion to one of the look-out points to observe animals. 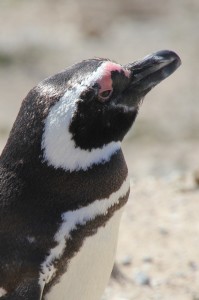 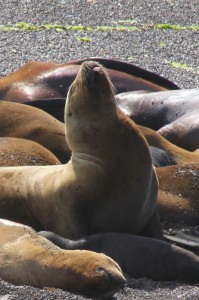 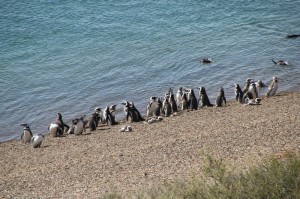 penguins at the lagoon 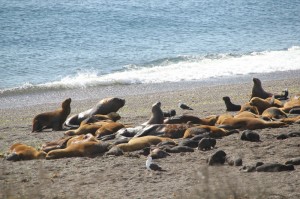 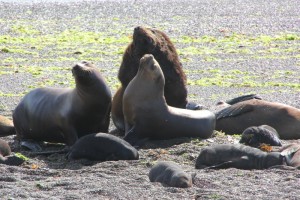 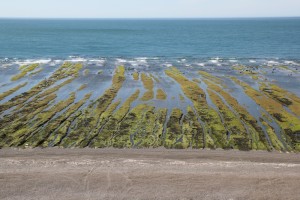 attractive part of the coastline, not sure about the origin of the geomorphology here 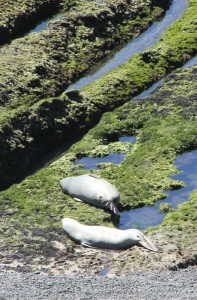 There is Punta Norte, where one gets a view of a large colony of sea lions, and there is a lagoon, Caleta Valdes, the hang-out for many of the penguins, some of which have no fear of humans, and regularly climb up and slide down the slope next to the small parking. Thanks to staying in Puerto Piramides, we got here early, and we had the place for ourselves, and the penguins. Lots of other areas to spot marine animals, but, unfortunately, no whales in February. 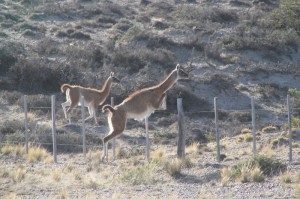 despite not having any predators, guanacos remain shy 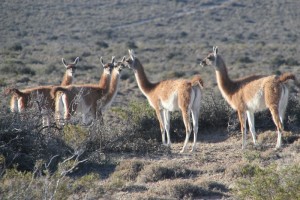 guanacos, safely on the other side of the fence 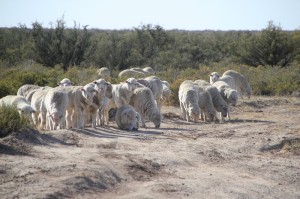 sheep, waiting at the side of the road before crossing 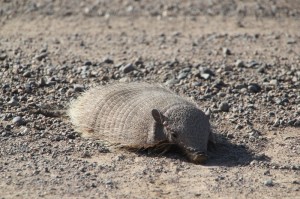 and there are more animals on the peninsula, here an armadillo

On the peninsula itself, away from the coast, the view is not different from the rest of Patagonia, which means very monotonous, low scrub and nothing else. Because Peninsula Valdes is a protected area, but not a reserve, the land is owned by the estancias, who have mostly sheep grazing here. However, the sheep share the land with thousands of guanacos, a llama-type of animal that, without natural predators – the puma surely will not be tolerated by the farmers -, does very well here. 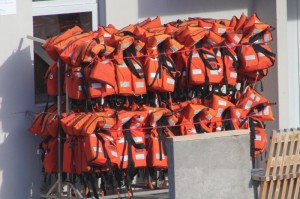