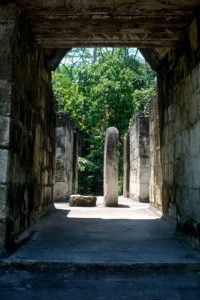 one of the stelae at a platform in Seibal

Most people who come to Flores, in the north of Guatemala, will go on to visit Tikal. Fair enough. But an interesting side trip could be a river journey to Seibal (previously called Ceibal), another Mayan monument, along the Rio de la Pasion – could there ever have been a more beautiful name for a river, and especially this one, which is mosquito-infested all the way. But despite the mosquitos, the trip is really nice, through dense jungle. 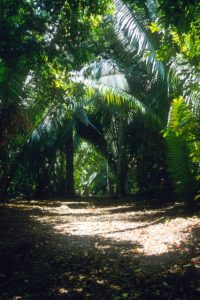 the jungle path towards the site – note the mosquitos!

To reach the site, one needs to scramble up a narrow path, and walk another 30 minutes or so, once more surrounded by insisting mosquitos. Only two structures have been ‘unearthed’, a rectangular platform surrounded by plazas and a circular platform which may have been an altar, or an observation plateau for astronomy. What makes the site so special are the large, intricately carved stelae showing many distinctly non-Mayan influences, that surround the platforms, or are hidden in the jungle around. Where, clearly, a huge number of other structures are waiting to be cleared… 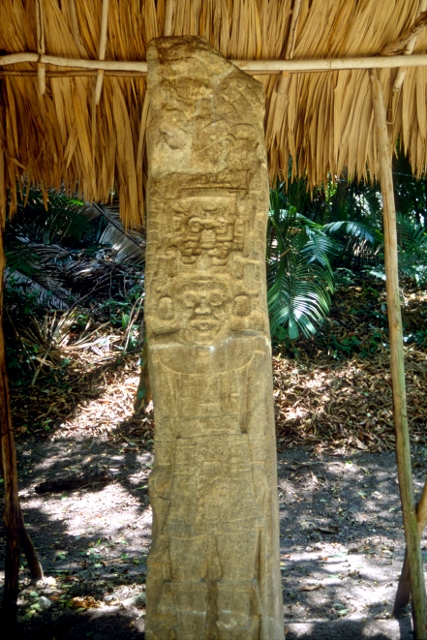 one of the stelae, intricately carved 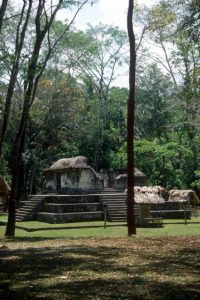 square platform with a small temple on top 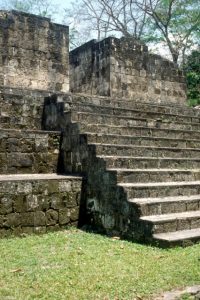 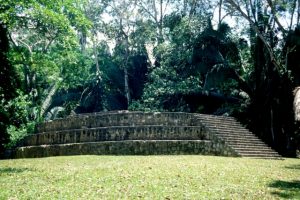 the large round platform 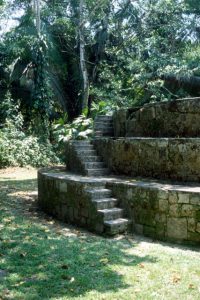 with smaller stairs at the back 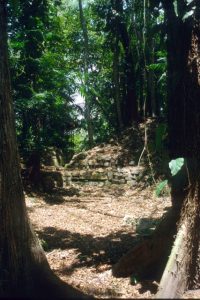 many more structures in the jungle 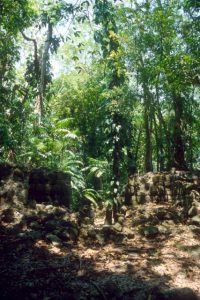 for the time being just heaps of stones, overgrown