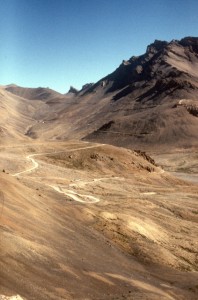 the highway, climbing towards one of the passes

The second part of the Manali to Leh Highway crosses some of the highest passes in the world, before dropping to the upper reaches of the Indus Valley, and its Buddhist population.

Early night, early start, for the second half of the Manali-Leh drive, to scale ever higher passes. Just outside Sarchu one enters the state of Jammu & Kashmir, to which Ladakh belongs, yet another reason to show passports, and get registered, hand-written in a large book – no computers here, and in any case, no electricity. We have had this several times already, the need for foreigners to register along the route; as far as I can see a completely useless exercise, given that these police posts are entirely isolated, and unlikely to be in frequent communication with surrounding posts or head quarters. What if one does not register at one of the posts, is somebody really tracking all the entries, would somebody really miss you? And if at all, how long would that take? Would the tourist still be in the country, to be reprimanded? Anyhow, as good, law abiding citizens, we comply. 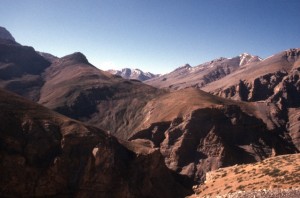 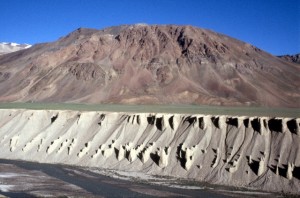 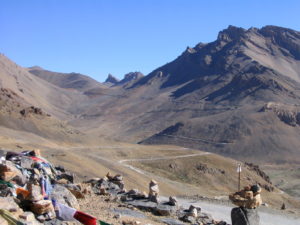 Shortly after Sarchu, and some spectacular badland erosion along the Tsarap River, the road climbs to a series of three passes, via no less that 21 hairpin bends straight up the mountains. First comes a pass that I forgot the name of, then we stopped at the Nakeela Pass at 4664 m., and finally Lachlung La, at 5060 m. By now the landscape had changed from yesterday. The snowfields and glaciers had become a lot less frequent, despite this being even higher. But precipitation does not reach here anymore, clouds having dropped their load further south on the Manali slopes and the first parts of the highlands. This is desert country, albeit at 4-5000 m high. 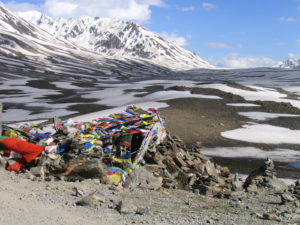 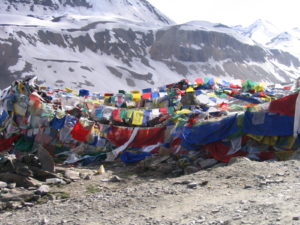 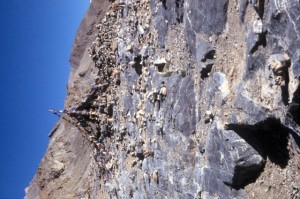 another set of prayer flags, in the middle of nowhere, really

After the village of Pang, and an enormous army transfer camp, the road deteriorates further, in preparation for the last, and highest pass, the Taglang La, at 5328 m, in fact claimed to be the second highest motorable pass in the world (the highest is claimed to be north of Leh, into the Nubra Valley, at some 5600 m.). From here we have a spectacular view over the distant, real high Himalayas, with snow covered peaks of the Karakoram Range some 50 km further north, very clear, and cloudless, for a change. 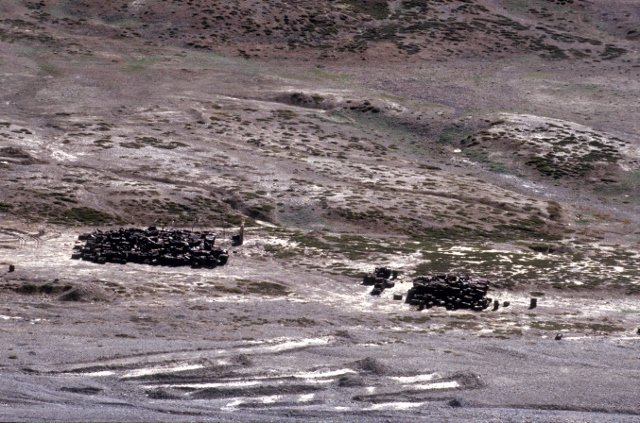 once the people, and the trucks, have gone, only empty oil drums remind you of human interference 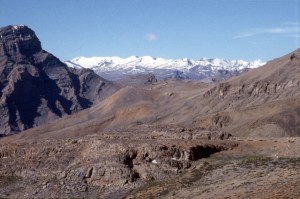 the really high Himalayas in the distance 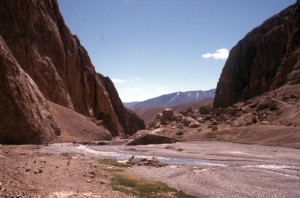 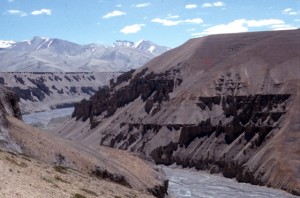 more badlands where the road follows a rare river 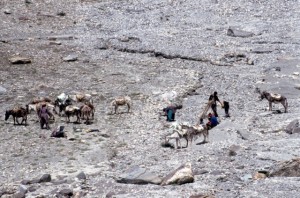 pack donkeys closer to Upshi, the end of the mountain road

From the pass down goes very quickly, and suddenly, at around 4200 m, one enters a different world, inhabited again, but now distinctly Tibetan, with the typical white houses with wooden windows, colourful prayer flags, stupas, the occasional monastery; Bhuddist India as opposed to the Hindu world we left behind in Manali. Other forms of life also return, bright yellow flowers contrasting with the green paddies in the valley, and the red and green sandstones of the spectacular gorge that brings us to Upsi, where we join the road to Leh, along the early stretches of the Indus River. From the valley, we see snow on the mountains in all directions, yet at 3500 m it is actually very hot under the sun. 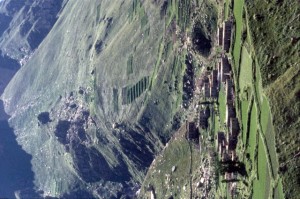 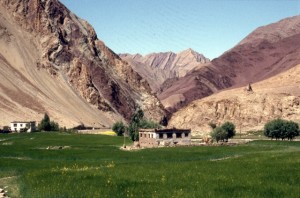 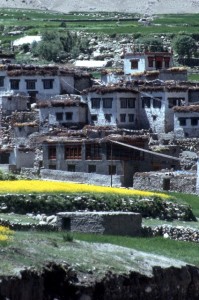 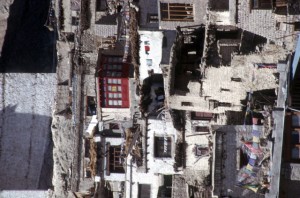 One good thing about this road, all the way from Manali, is that drivers are generally courteous, let others pass easily, or overtake, without the usual Indian me-first mentality. Perhaps the aggressive campaign with road signs pays off, with slogans like “Overtaker, Beware of Undertaker”, “Speed shrills but Kills”, “Drinking Whisky, Driving Risky”, and my personal favourite, “Better be Mr Late that Late Mr”. 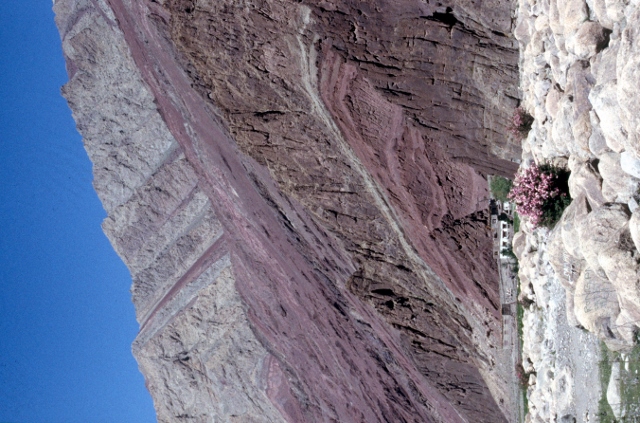 flowers matching the mountain side