04. From Sarchu to Leh My House in Damascus 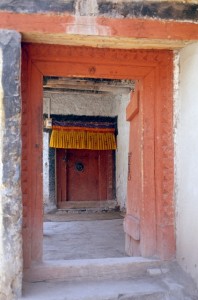 a door of one of the monastery buildings

We had to cut short our stay in Leh, but not after having visited a few gompas; a hairy medical experience leaves one thinking what could have happened

Leh itself is not especially interesting, a center dominated by foreign tourists in all sorts of outfits, not necessarily appropriate for India, and an old town, with narrow streets and stairs towards the fort higher up the mountain, which made us again think of Tibet – because of the filth, and the stench of human excreta. The area around Leh supports some interesting monasteries, or Gompas. We visited those in Hemis, Thiksey and Shey, the latter with a hill fort thrown in for good measure. It is still very dry here, but along the Indus valley fields are green thanks to irrigation along the river banks; away from the river, back to the desert, no vegetation at all. Somewhere along the road is a field full of stupas, hundreds of them. 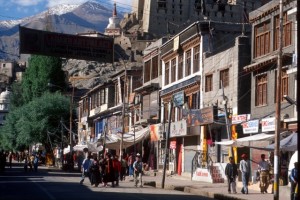 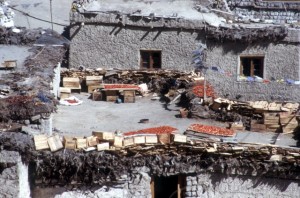 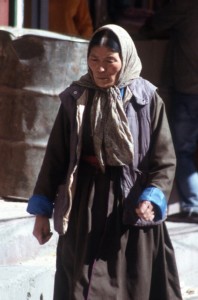 another of Leh’s inhabitants 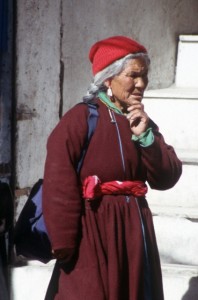 one of Leh’s inhabitants 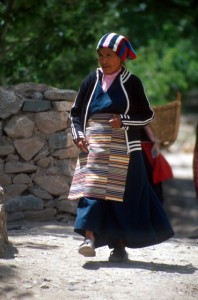 no lack of Tibetan influences here

The idea was to continue further north, into the Nubra valley, but in the event we never made it. One of our friends and travel companions had already not felt so well for the past two days, and when we visited the local hospital, he was diagnosed with Acute Mountain Sickness – well, initially they said it was just an infection and dehydration, but when he collapsed hours later in the hotel, they finally took his condition serious. And serious it was, requiring immediate oxygen, a stint in the pressure chamber of the military hospital, and two days observation. 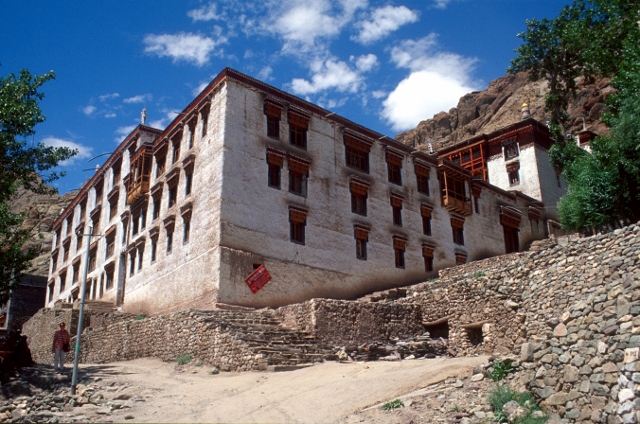 a large building, probably part of a monastery

Luckily, it all ended well, but it could have turned very nasty, not in the least because of the stunning incompetence of the public hospital staff. Obviously, we had to abort the trip, and we returned to Delhi on the first possible flight. We did abuse the system a little, by demanding a wheelchair – at Leh airport this is a luggage trolley with a chair mounted on top – and bypassing all queues. 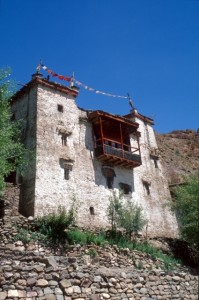 prayer flags above a balcony 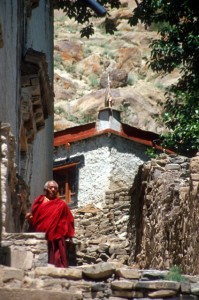 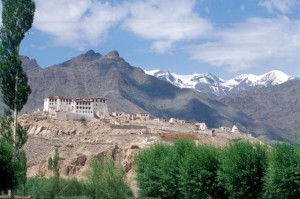 one of the smaller monasteries 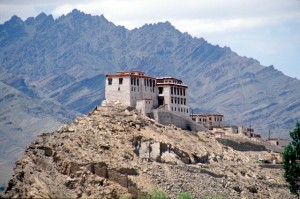 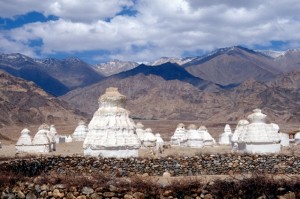 a field of stupas in the Indus Valley 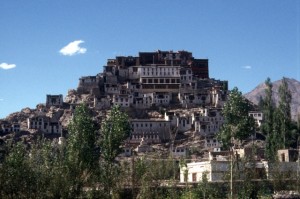 In retrospect, we can laugh about the incident: the fact that there is absolutely no privacy in Indian hospitals, and that everybody, the chap from the hotel, and our travel agent, and a whole string of people totally unknown to us, and obviously not belonging to the hospital staff at all, kept on hanging around the bed, or the time when I helped my friend to the toilet, to come back three minutes later only to find that someone had just nicked the bottle of oxygen that he had been using, just like that (despite the chap from the hotel, the travel agent, and all these other people still standing around the bed), or the transfer from the municipal hospital to the military hospital, when the doctors finally realised it was a serious matter and mobilised an ambulance, which turned out to be a Maruti van, in which the stretcher only fitted for 80%, resulting in our friend’s head sticking out of the ambulance at the back, and requiring both,his wife and myself to ride with the ambulance to hold stretcher and patient – when we looked up we saw our travel agent, on his motorbike, and the chap from the hotel, faithfully following us, not to miss anything. 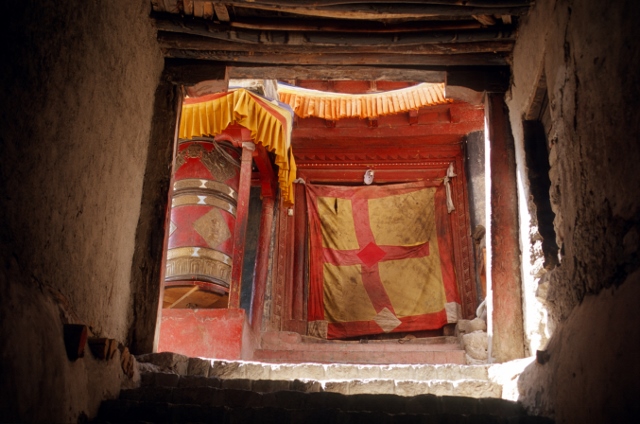 prayer wheels in one of the monasteries 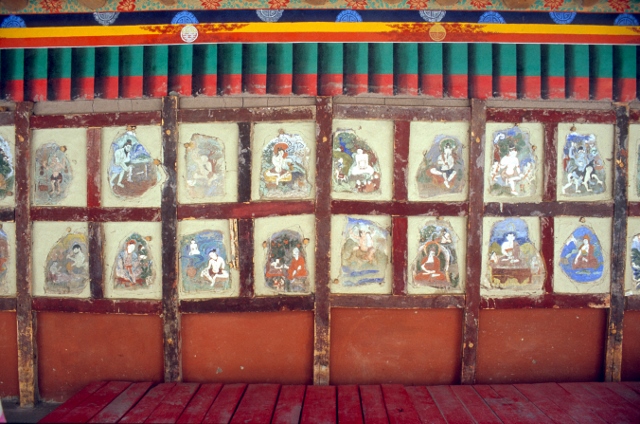 painted images in one of the monasteries