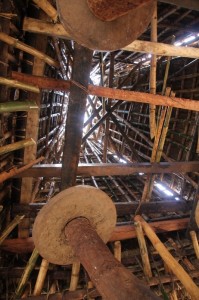 the inside of a tall roof, in Wainyapu

Cluster of village clans who have their individual open spaces surrounded by tall houses, one of which we see from the inside

Wainyapu village is across the river from Ratenggaro. The village is really different from any of the others we have seen so far, in that it is in fact a collection of 12 clans who each have built their houses, six or seven, or so, in a circle, surrounding an open space, which provides room for their tombs, but also, judging by the stone sculptures, for prayer (and for football, and whatever other social event). The circles are really well enclosed, you need to get through a narrow opening between the houses to get into the clan’s domain.

We get the chance to look at the houses, and their extraordinary construction, in more detail as one of the villagers invites us to have a look inside his house. There is a fireplace inside, under the tall roof, and some rooms have even been constructed, but the house is essentially nothing more than one big communal floor with a roof. One of the things I had never realized is that the four supporting poles of the house are, all four, intricately carved!

Return to the Kodi page. 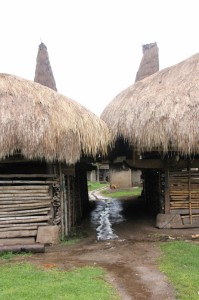 the narrow entrance to a clan kampung, in between two houses 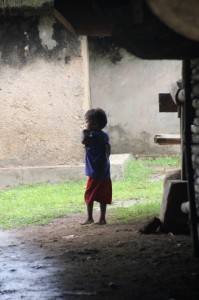 one of the youngsters in the entrance to a clan kampung 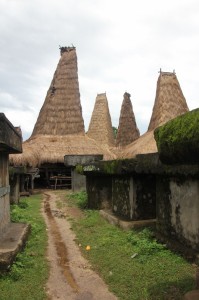 the tombs on the open space inside the clan circle 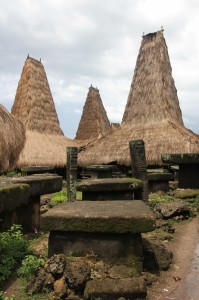 some of the tombs have spiritual carvings for prayers 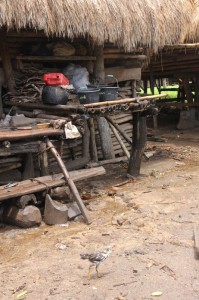 the more mundane tools of village life are also present 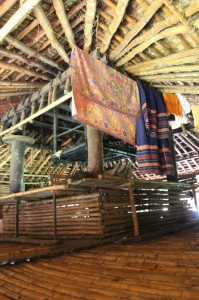 the large platform inside a house, with ikats hanging 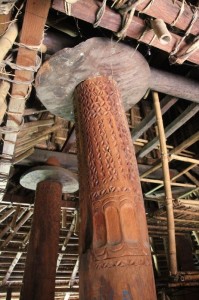 and the finely carved support poles inside the houses 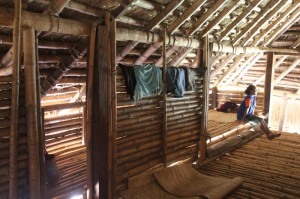 inside the houses, some rudimentary rooms have been constructed 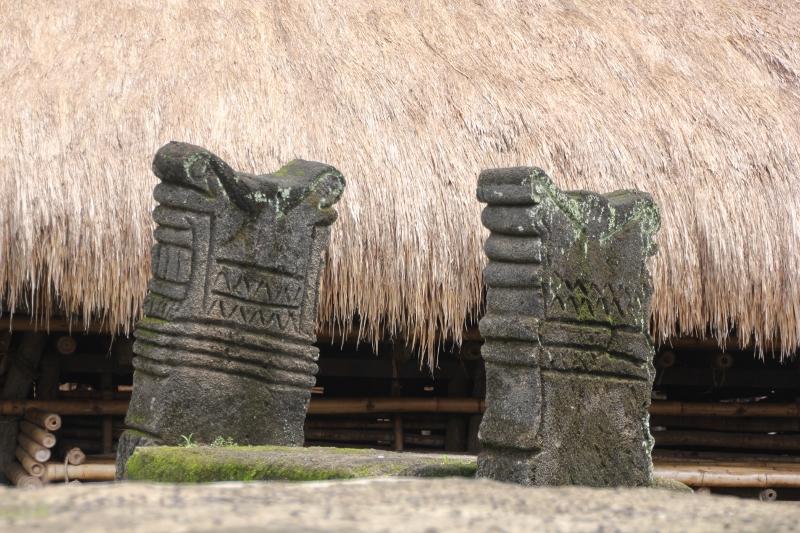 stone carvings inside one of the kampung circles