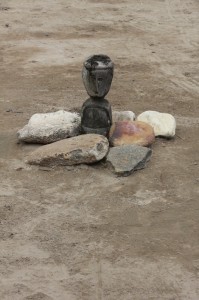 patong in the village of Umabara

A traditional village with several tall houses, stone tombs and a collection of patongs – stone and wood ancestor sculptures 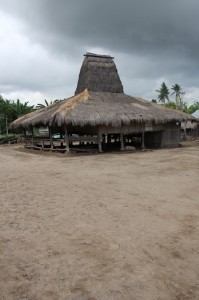 Sumba’s unique culture is expressed in their villages. The traditional houses have characteristically tall roofs – so constructed for the people to keep their spiritual things high in the roof, closer to heaven and the spiritual world. In the past the roofs would have been thatched, but nowadays many are made of corrugated iron, or tin, but still with the traditional conical shape. Most houses are built on poles, with the raised floor made of bamboo and with sufficient space outside for a large verandah. Which always seems occupied by people, of all ages, who have nothing better to do.

The other two aspects of the traditional village are the tombs, originally huge stone slabs, carved with images that represents the deceased, but these days often made of concrete – much easier, no need to carry –, still decorated with sculptures; and the little totems, wooden or stone sculptures placed next to a house, or in front of a series of tombs, indicating a praying area. I heard the people call these totems patongs, too, like the wooden spirit sculptures in Kalimantan. 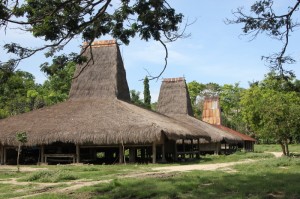 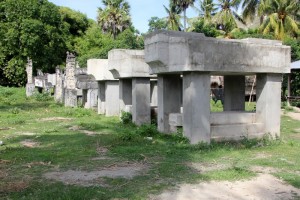 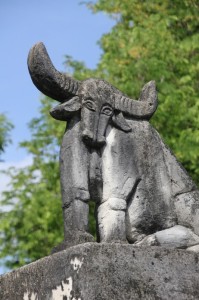 a bull is an often-repeated subject matter on the tombs 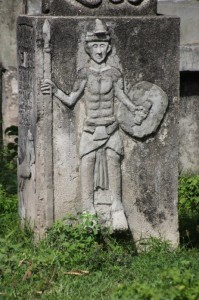 tomb carving of a warrior, seemingly during a famine 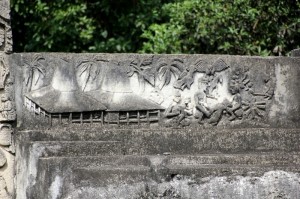 From Waingapu it is an easy drive to some of the traditional Sumba villages in the South East. One of the best-known, and most-visited, is Umabara, in the district of Pau. There is a visitor book, where upon signing a donation for the village is expected – a much better idea than bringing betel nut, a kind of drug that works as a mild stimulant, but as a side effect ruins one’s teeth and turns one’s mouth and lips a horrible black.

Despite visitor book, Umabara seems a very authentic village. A couple of traditional houses, very tall, still have thatched roofs, and in front are several big tombs for Rajas, or kings, consisting of raised and decorated stone slabs. The lesser people have been buried behind these, and just got a slab, no decoration, no support poles. Near the tombs, but also near individual houses, small patongs are positioned, rather inconspicuously.

Seeing the characteristics of the villages is nice, of course, but perhaps equally entertaining is walking around, meeting the people and experiencing a little of the village life. Everybody is extremely friendly and welcoming, even though with Bahasa Indonesia you don’t get very far– people speak their own language here. 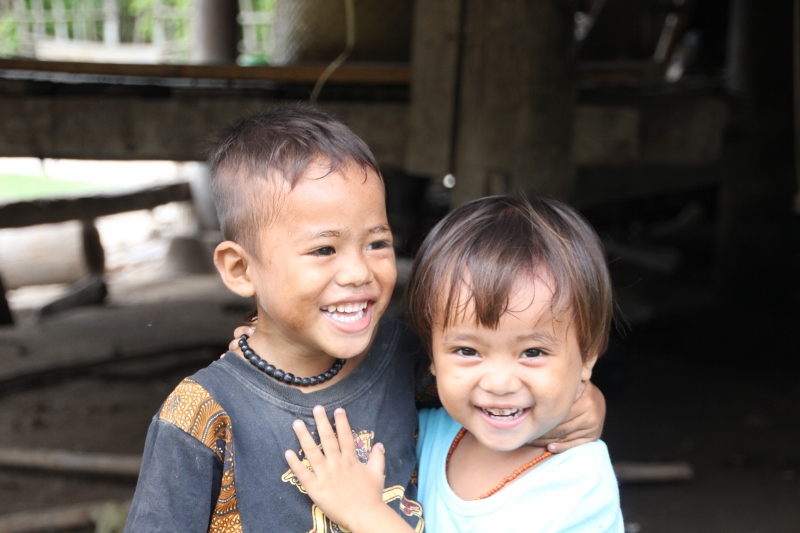 the village children having fun with the tourists