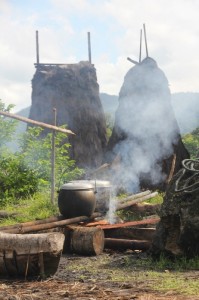 Another attractive kampung in the Wanokaka hills, with actual roof building on display

The next village is Praigoli, another traditional kampung full of thatched roof houses. One of the roofs is being repaired, for which the whole village has been mobilized; the women to cook and the men to work the roof. Some of the men are carrying the bunches of dried grass towards the house, others are on the roof, placing the bunches in between and under, thin strips of bamboo which keep the bunches in place, and down below is a team that expertly throws the bunches into the hands of the roofers, like the most skilled American football players. The women, in the meantime, and very role-conforming, are busy with hughe pots on the fire, preparing the meals. 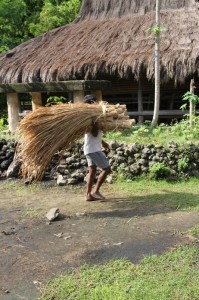 the roof covers are being brought to the repair site 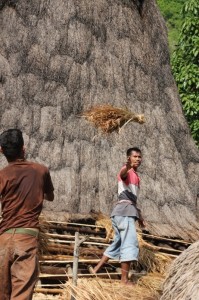 where they are being thrown to the roof workers 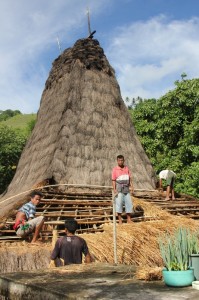 who place them side by side on the roof 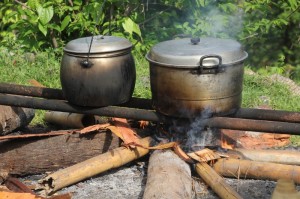 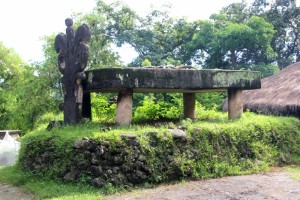 the fleur-de-lys symbol next to a large tomb

The village is also famous for its large stone-carved fleur-de-lys symbol adorning one of the tombs, but I suspect the association with the fleur-de-lys is coincidental, I don’t think the French, or Maltese, have had anything to do with this. Similar type sculptures, with a slightly different look, are present in other villages, too. 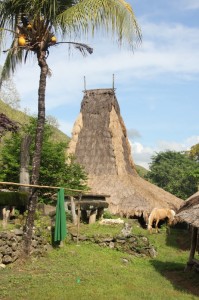 Next to Praigoli, but a little further up the hill, is Waiwuli. Somehow, people are distinctly less friendly here, demanding betelnut, although the visitor book manager is happy with the usual village donation. Not as attractive as its neighbour, Waiwuli nevertheless provides nice views from the hill, and from a bit further up the road, down to the coast and the rice paddies in the river delta.

Down by the coast is Rua beach, the next stop on the virtual tour. 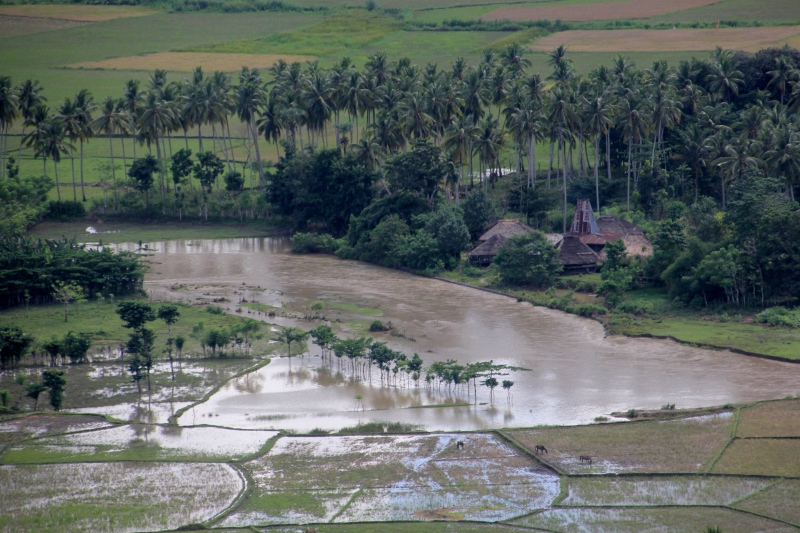 view of the rice paddies down the valley 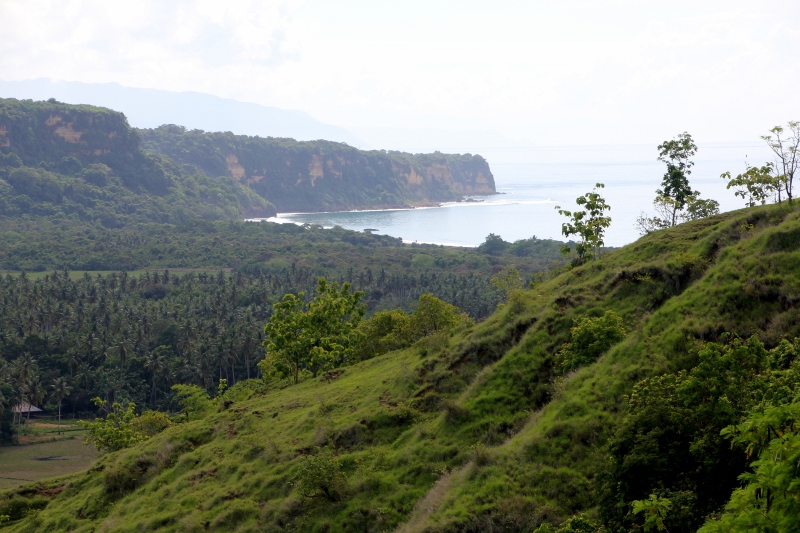 and view of the coast. From Wauwuli