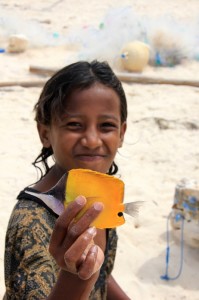 girl showing the catch of the day on Waikelo beach 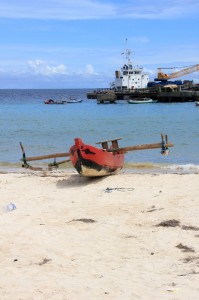 Just a short ride from Waitabula is Waikelo, described by one of the guide books as a picturesque fishing village, but in reality not more than a jetty protruding into the sea, where ships can be loaded and off-loaded, using their own cranes, and trucks can drive up and down – this constitutes Sumba’s most important harbour. On the beach to the south the fishing canoes are pulled up on the beach – or being pulled up whilst I was there, using bamboo sticks to roll the boats across the sand. Once again, a colourful intermezzo, the boats as well as the catch!

The resort hotel near Waikelo is not really worth the effort, pretty run-down, not very promising food- and drink-wise, and fairly far away without your own transport. 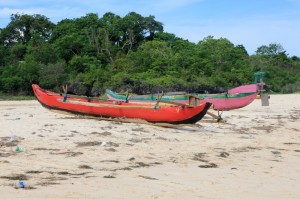 fishing canoes pulled up onto the beach 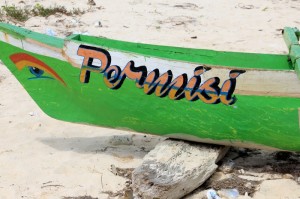 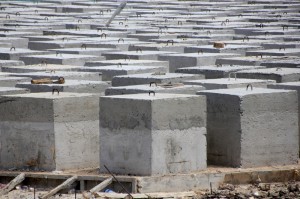 modernity is coming near you, even on Sumba 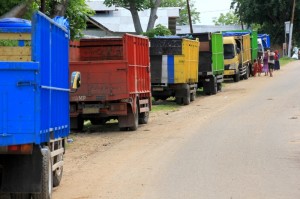 trucks lined up to load and unload 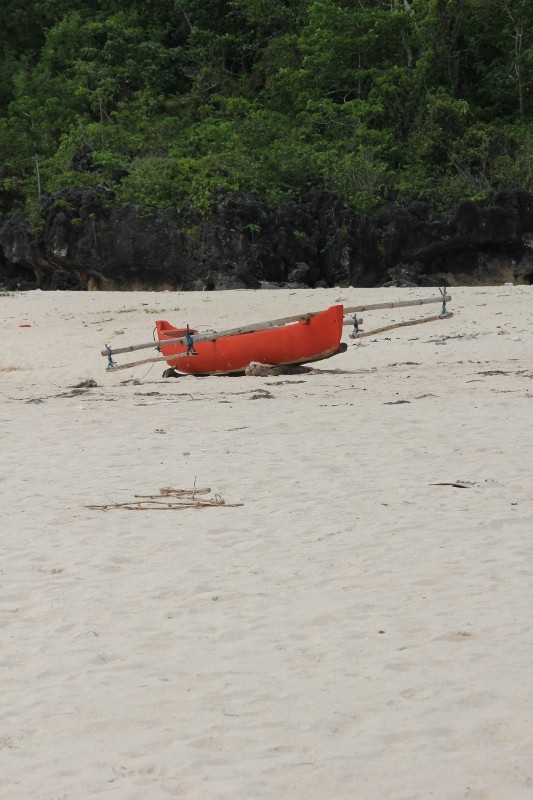 another canoe, red being the colour of choice