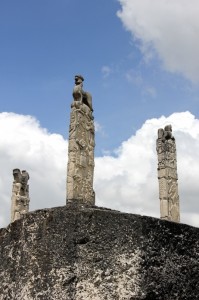 carvings on top of a tomb in Prayawaign

A typical South East Sumba village, complete with a row of stone tombs, tall traditional houses and even a king’s palace 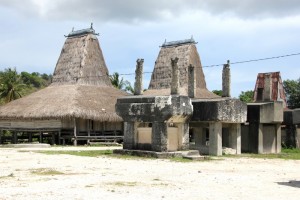 tombs in the middle of the village

Prayawaign, in district Rende and a little further down the road from Umabara, is a more organized traditional village, it seems. A well maintained kampung, with the characteristically tall houses on both sides of the central square, where the tombs have been lined up: equally large decorated slabs of stone, interspersed with concrete structures. I wonder whether these houses are actually inhabited, or just maintained for tourists, but as children arrive from school, dropped by a truck, they do indeed disappear into various houses: this is really how the people here live, so much is clear. One house stands out, in a corner of the square, a fabulous two-story wooden structure with several connected living compartments, some with walls of buffalo hide. This house is closed, however, the king to whom it belongs is elsewhere. 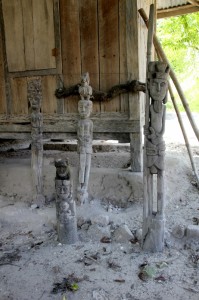 collection of patongs in front of one of the houses 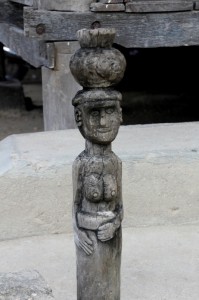 another patong in the village – ancestor figure 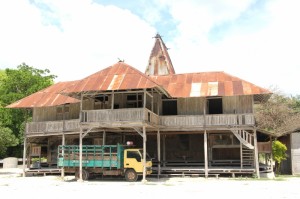 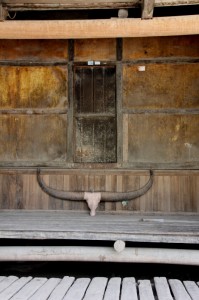 and the king’s walls, from buffalo skin

Economically, ikat is important, an intricately woven cloth, the best pieces coloured with natural dyes There is a fair amount of ikat for sale, which, judging from the many hand looms, is indeed locally produced. 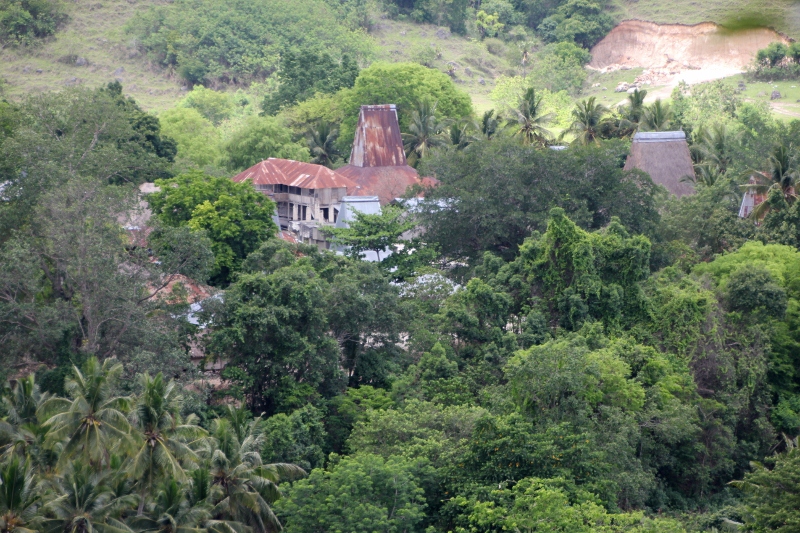 the village from above