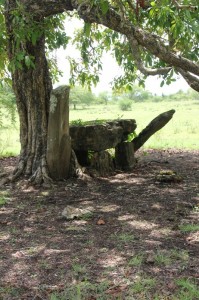 one of the Okawatu tombs outside the cemetery

We had some vague description of an ancient cemetery, near the town of Mburukulu, yet further to the southeast, past Umabara and Prayawaign. Town is actually a big word, along the road there is not much more than a kiosk to buy some water, and a few houses. 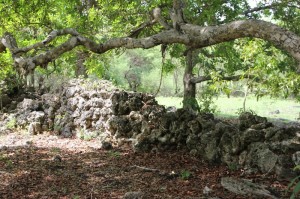 the wall of the cemetery

But the local people know about the cemetery, and as soon as we have explained our somewhat morbid interest in tombs, one of the woman in the kiosk happily jumps on her motorbike and tells us to follow her; on the way she picks up another woman, and together they guide us to Okawatu. Communication is fraught with misunderstandings, but as far as we get it, this is a cemetery no longer used, because once the king was buried here – with his disciples, or his slaves, or his wives, who killed themselves after the king had died, to be buried with him -, the place was off-limits for further burials. Not for grave robbers, though, who plundered the tombs thoroughly. It remains unclear how old these tombs are, there is some reference to Dutch colonial times, but somebody else mentioned the 1950’s. One of the slabs of a tomb is overgrown by roots from the nearby tree, which must have taken a while. 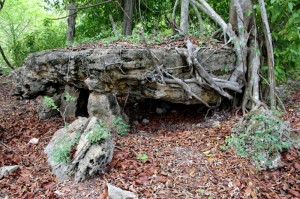 overgrown tomb, suggesting that this is a fairly old cemetery after all 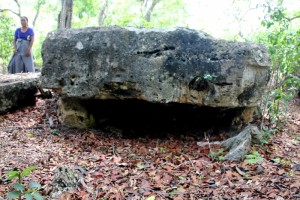 There are supposed to be some 160 people buried here, but we only find a few tombs back. It is an eerie location, surrounded by a wall on the verge of collapsing, overgrown with trees, quite beautiful. And peaceful, indeed, there are no people, other than us. 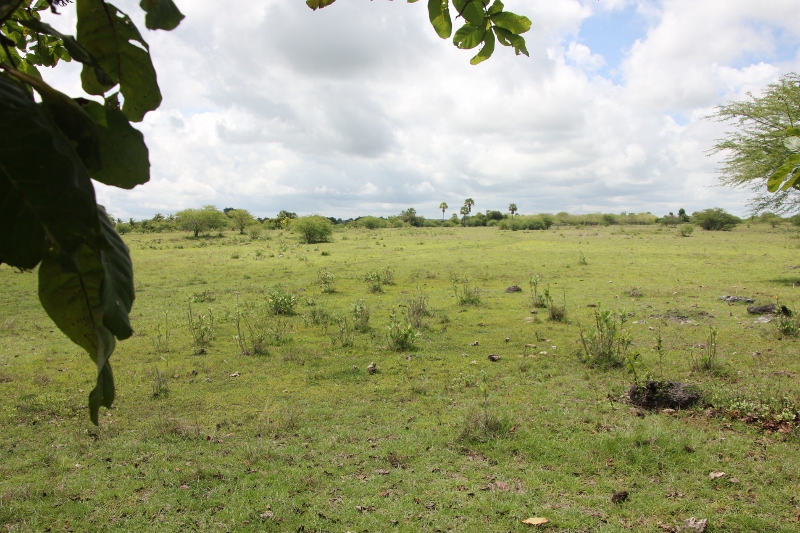 landscape around the cemetery